When you think of Q&A sites, you think of a place where you come to get answers to your questions. But, where do those answers come from? What doesn't immediately stand out for many folks is that it's not our software that's giving them answers, it's other people that are taking the time to share what they know. Our engine is a vehicle that you use to arrive at an answer to your question, and vehicles are things that takes a bit of time to learn how to use.

If you have a driver's license, you probably went through some kind of program where someone else taught you how to operate a car properly. It was most likely a special kind of car, where the instructor had a brake pedal just in case someone had to slam on the brakes and you weren't doing it. After all, things go bad when you don't hit the brakes in time, especially when you're going too fast. 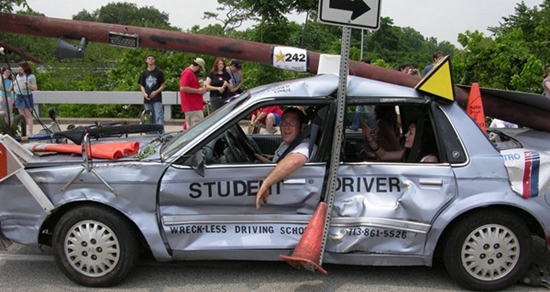 A while back, we introduced rolling rate limits for folks that get off to an initially rocky start when it comes to asking questions. The single most common mistake that folks were making was in fact going way too fast; some would ask three or even five questions initially and none of them did well. The system didn't have that extra brake pedal and many users sped, you guessed it, right into a wall.

We did what we always do, research: 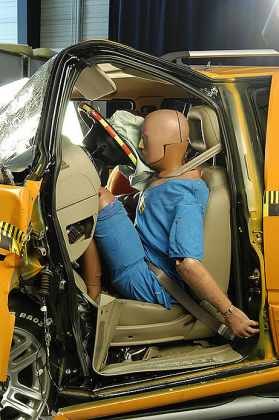 Turns out, slowing folks down just a little when it looks like they're getting off on the wrong foot is the most effective way to help potentially great users become great users. We don't go from 100 km/h straight into a wall any longer, folks get a lot more help much sooner, when they need it. Additional just-in-time help (triggered while writing a question) is in the works.

New users who aren't doing so well initially will be shown the additional guidance and will be asked to wait anywhere from one to seven days before asking their next question, depending on how they've done recently.

The system is also pretty smart, and takes the following things into consideration:

The more acclimated you become, the sooner the system will get out of your way entirely. Yes, it is still possible to encounter a much longer-term block on some larger sites, but you'd need to ignore a lot of help before hitting it.

Testing on Stack Overflow and several other large sites has gone very well, so we've enabled this throughout the network. Most users on smaller sites probably won't see these kick in, and that's fine - but they're in place for those that can really benefit from them, just like those brave souls that teach folks how to drive.

This feature came out of the SE Quality Project (MSE | MSO) and is one of several initiatives we're putting in place to help maintain the overall quality of our sites while providing new users with a better experience.

All great except a tiny little thing:

And I am not trying to say that new users can't write good answers. They definitely can (just as they are capable of asking a good question) but the problem is that some of those new users aren't yet familiar enough with how the site works so their answers can get them further in trouble...Just saying that if someone struggles to ask a good question(s) and gets into trouble - what's the probability they will post good answers?

... to help maintain the overall quality of our sites while providing new users with a better experience.

Writing answers is not very difficult, writing correct and outstanding answers is something you learn over time by participating on SE sites. for everything else you can pay with unicoins

I'd like to check because it came up on a smaller site where automatic question bans are not enabled:

Does this mean automatic question bans are enabled by default now in any way, or will be switched on where they were not switched on previously?

This looks very promising. I really like the idea of introducing these rate limits both as a means to help new users and also as a way to make sure users stay engaged.

I believe (and have previously posted on this topic) that users who are able to slowly approach a ban (or large rate limit) will be more invested in their accounts and more likely to look at ways to improve their interactions with that account.

Releasing this network wide can only help with new users who may need some additional guidance. Or, to the car analogy, they should probably start with a go kart before they get to try out the lambo. 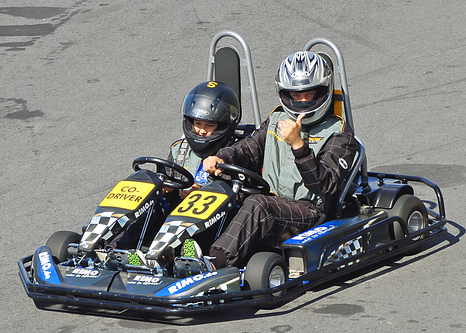 39
Rate limit questioners who consecutively ask closed questions
-22
Is there an appeals process for the automatic question rate limit?
799
Recent feature changes to Stack Exchange
269
What are Stack Overflow unicoins?
58
Why does Stack Exchange have to feel so unfriendly now?
282
What can I do when getting "We are no longer accepting questions/answers from this account"?
91
Let's have an explicit triage system for questions from new users
76
Breaking down question blocks - let's talk about rate limits
106
Add a "Magic 8-Ball" feature to the Ask a Question page
29
Let's Remove The Auto Downvote On Validated VLQ Flags (On Questions)
See more linked questions

1499
Fastest Gun in the West Problem
1849
Could we please be a bit nicer to new users?
2794
A Terms of Service update restricting companies that scrape your profile information without your permission
461
Network-wide HTTPS: It's time
829
Net Neutrality and Stack Overflow / Stack Exchange
2515
Firing mods and forced relicensing: is Stack Exchange still interested in cooperating with the community?
2274
Stack Overflow is doing me ongoing harm; it's time to fix it!
761
New Feature: Table Support
723
Stack Exchange Public Q&A access will not be restricted in Russia