Beta site degrading in quality, per-site Meta discussion reveals that it's not perceived as a issue; what more can I do?

A beta site is slowly getting worse, in both questions and answers. The Meta for that site shows to me most users do not care about the quality of the site and would much rather focus on sillier things, such as boosting their questions to the top of the Hot Questions list, letting users post low-quality answers without any sort of quality control, trying to get the site out of beta as soon as possible, etc. Since Meta.SE is solely for posting issues regarding the SE network platform itself, where and how should I handle this situation?

What else can I do in this case? What more can I do for that site? Is there anything I can do?

There are precedents for closing down beta sites due to a lack of community involvement which had left the site looking like a ghost town, with experts drifting off due to the scarcity of good content. There's no precedent that I can remember for closing down sites for lack of quality except in the private beta stage, but this doesn't mean it'll never happen.

There is a precedent for significantly reshaping a site during the early beta: Programmers, which was defined to be for “tabs or spaces?” and “what's your favorite programmer cartoon?”, went through a period of being about subjective questions with interesting answers, and was then reshaped to be “for programmers when they're in front of a whiteboard”. The pressure came from part of the community (a minority, I think) with considerable support from On High.

The first place to raise concerns is on that site's meta site. Voice your concerns. Back them up — don't just say that the quality is bad, but explain why and how it could be better. Are the questions uninteresting? Are the answers bad? How does the site fare compared to other websites (not just Q&A but also wikis, forums, blogs, etc.) about the topic. Cite specific examples and statistics.

Then give it a little time. To take the concrete example of Puzzling, I think there's been a fairly sudden change in the dominant tone of the site. From the early beta to late October, it was predominantly a site about crafting and solving puzzles, where asking for solutions was only permitted for puzzles with an objectively-verifiable solution. In the past few weeks, the site has been very heavily dominated by riddle-type questions, where answers are subjective, of the next-number-in-a-series type.

I don't have statistics to show exactly this, but I do have statistics on a related phenomenon, which is answers that are entirely in a spoiler block (not counting many more answers where the sole non-spoiler text is something generic like “here's my solution” or “nice one”), which people tend to do when a question is a challenge to solve a puzzle and the answer is a solution. As of a few days ago, there were 2 such answers among the ~3000 first posts on the site, going up to 24 Oct. There were 175 such answers in the next ~2000 posts, in the period from 25 Oct to Nov 15.

So there's some evidence that the character of the site changed around late October 2014. Now let's look at meta traffic: 2 questions were asked in September, 8 in the period from 1 Oct to 20 Oct, 12 from 21 Oct to 31 Oct, 42 from 1 Nov to 17 Nov. It's fairly clear that the evolution on the main site did trigger quite a bit of meta discussion. The meta discussion is not over, there is no consensus that things are going in the right direction. It's far too early to conclude anything about where the site is going next.

Returning to the generic case, if you think that important points about Stack Exchange are not made or ignored in meta discussions, you may want to contact Stack Exchange and suggest they take a look. Stack Exchange staff does monitor meta sites but they don't have time to read every post so they might not notice everything.

If the meta discussion settles in a direction which you think still warrants your criticism, then it would be time to take the next step, which is to voice your concerns either on the main meta or to the Stack Exchange team or both. At that point, evidence should include not only data about the site (including both self-standing judgements and comparisons with other sites on the topic, preferably including quotes from expert on the topic), but also comparisons with other Stack Exchange sites and meta discussions.

In an attempt to answer this in the generic case, you, as an outside observer, should either:

Ultimately, quality is an issue between the members of the community, moderators, and community managers. While outside commentary can be true, it will rarely be helpful. Your only real options are to either become a part of the community and help change it from within, or let those responsible for the community do so.

To reiterate: quality is not an issue between members on other SE networks and a particular SE site. Commentary can be helpful, yes, but rarely, in respect, and with best intentions. Frustration won't get the site anywhere, especially if that frustration is coming from a source that has no apparent involvement in the community.

Is this an over-simplified way of looking at things? Yeah, of course it is. If you happen to have what you find is an on-point observation and can present it in a peaceful and open way, I'm certain users would be open to it. Ultimately, though, these exceptions will be few and far-between. So this is the summary:

Those are your two options. You can either do nothing, and let involved people sort it out, or become an involved person and help sort it out. But you can't expect to help sort out quality issues if you're not an active member of the community, particularly if all you're expressing is your frustration and disappointment. 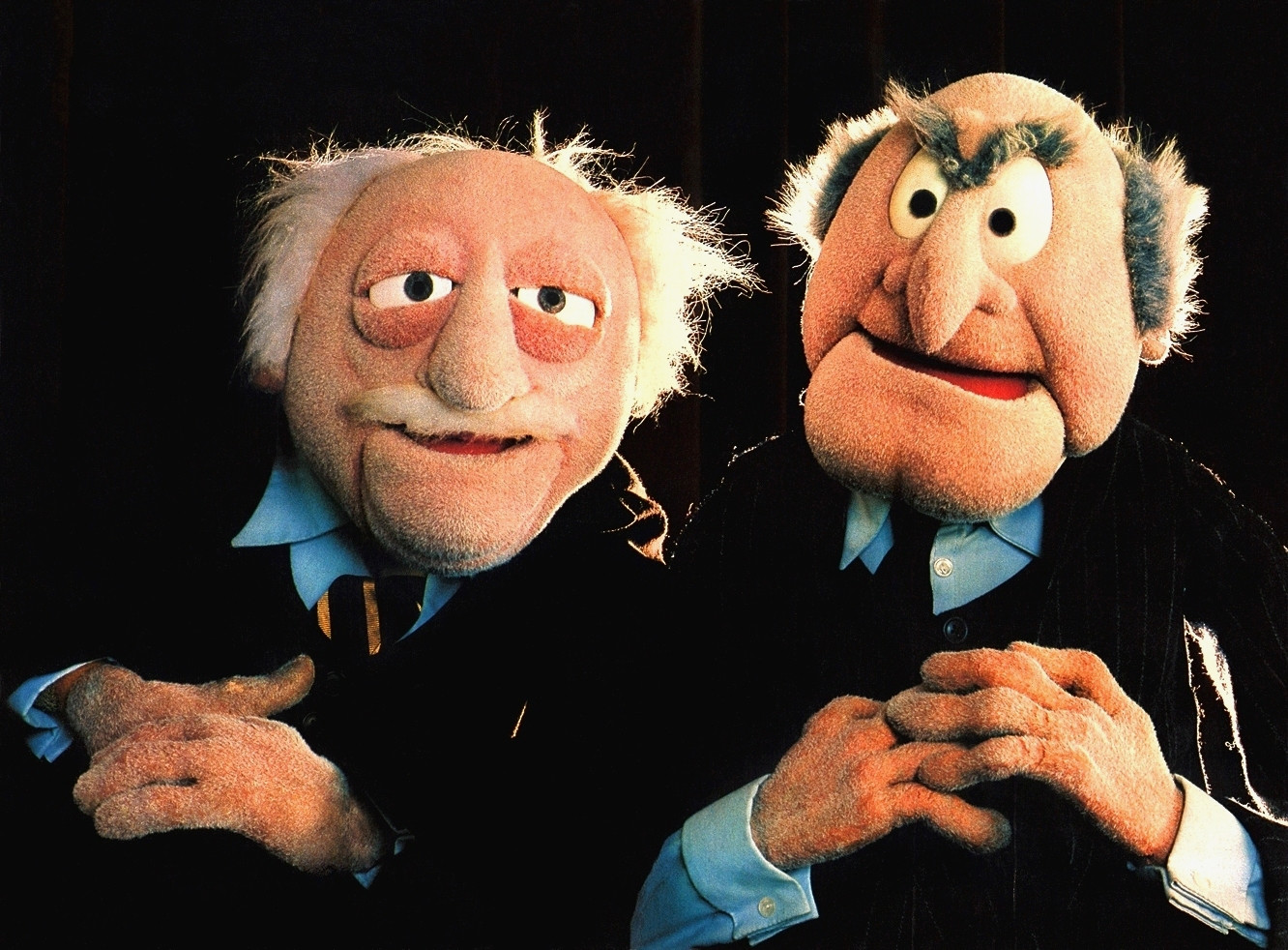 So - if you genuinely want to help and you're willing to take the first step of joining the community and posting some high-quality content yourself - then how is this 'constructive criticism' thing done?

There's an art to giving critical feedback that encourages someone to improve, rather than hurting his or her self esteem. Constructive criticism should be positive in tone with a focus on a clear, achievable objective. It's also important to choose a thoughtful time and place to deliver the critique, since any type of criticism can be hard to take in front of others. Read on to learn more about how to give effective constructive criticism.The goal of constructive criticism is to improve the behavior or the behavioral results of a person, while consciously avoiding personal attacks and blaming. This kind of criticism is carefully framed in language acceptable to the target person, often acknowledging that the critics themselves could be wrong.

WikiHow - How to Criticize Constructively

This goes without saying, but one of the most important things to do when you're delivering feedback is to make sure it's not personal. Sure, criticism by nature can be personal, but you need to make a point as the person delivering it to separate your thoughts on someone's work or behavior from their personality and what you think of them outside of it. ... Keep your criticism focused on the specifics that you want to discuss, and avoid the temptation to make judgements of the person [or in this case the group] or their work based on the specific feedback you want to give. Remember, "you need to respond to urgent issues faster" is not the same as "you're slow." You want to communicate the former, not the latter.

"How to Give Criticism Without Sounding Like a Jerk" (that's just the name of the article, I'm not trying to be rude!)

Of those criteria, the hardest one is 'actionable'.

Your community's content is worthless and your users "do not care about the quality of the site". Your community is "toxic" and you yourself are "narrow minded".

(the parts in speech marks are quotes from the OP).

I'm really glad to have joined this community and I'm sure we can do great things. We all recognise that we're having some teething problems (concrete examples), and I think that one idea which would really help would be X. What do other people think?

Not the answer you're looking for? Browse other questions tagged discussion support beta-sites quality .

52
Why did Literature fail?
3
What can low rep user do about question needing closure on site in Public Beta?

601
Formatting Sandbox
703
How do I get attention for one of my own questions without a good answer?
901
Why aren't people voting for questions?
1802
Could we please be a bit nicer to new users?
532
The current review system encourages fake reviews; some people upvote everything rather than actually fixing problems
404
Graduation, site closure, and a clearer outlook on the health of SE sites
2779
A Terms of Service update restricting companies that scrape your profile information without your permission
488
Congratulations to our 29 oldest beta sites - They're now no longer beta!
2433
Firing mods and forced relicensing: is Stack Exchange still interested in cooperating with the community?