On the desktop site, most of the vertical whitespace in one-line comments is to make space for the flag button, which is below the vote button. I find this whitespace to be excessive, especially given that my monitor is wider than it is tall.

I propose moving the flag button next to the vote button, instead of below it. For example (current on left, proposed on right): 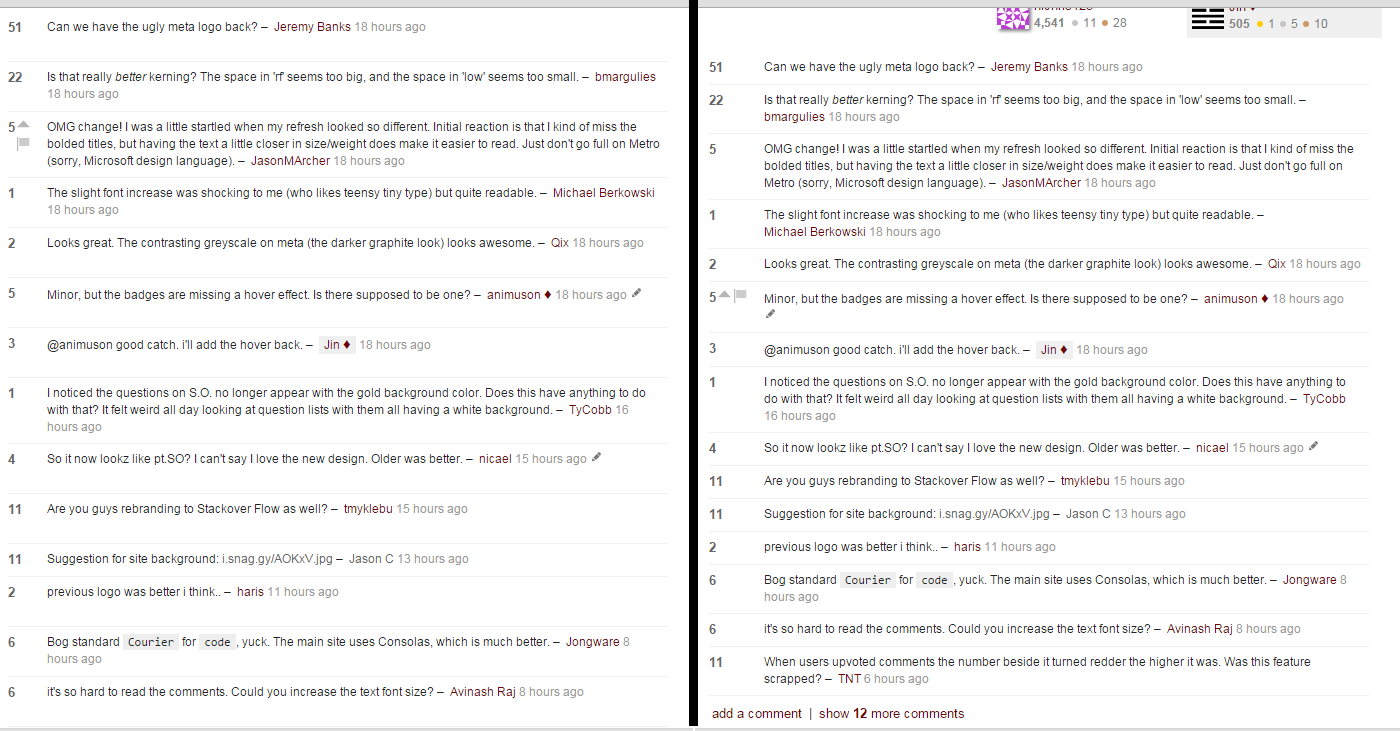 In example 1, after the change, the entire set of non-hidden comments fits nicely in my browser window.

In the above examples I just moved the element but did not adjust spacing. Some small amount of extra horizontal spacing between the buttons could help separate them a bit.

I have also created a user-script that can do this on the sites if you want to see what it looks like (sorry if it's ugly, it was a bit of a "hello world" for me; I know it works on Chrome at least). The script does add spacing between the buttons (a 0.75ex padding looks nice).

Here is an example with a slightly wider spacing between the buttons (0.75ex). They're about the same distance apart as the current vertical orientation:

I've also wanted this for a long time and actually just spoke to our design team this morning. We're going to make this change because it is a big waste of space for single-line comments.

Not the answer you're looking for? Browse other questions tagged feature-request status-planned comments design .

28
Add functionality to mobile chat
399
Add an “I don't understand” option for review audits
320
Why do I need 50 reputation to comment? What can I do instead?
50
Proposed tweak to comment UI for long threads
18
Dangling signature dash in comments
8
Can we improve the flagging history filters UI?
103
Request for a possibility to adjust the spacing between lines