Looking proposals in Area51, I found something quite suspicious. I think this chart explains what I mean. 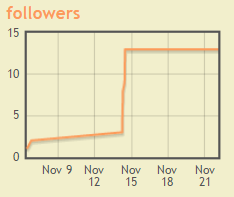 A deeper look shows that all these users joined SE in few minutes/hours apart. Just follow this proposal and have used his 5 votes each.

If it is found as a fraud, what actions should be taken?

Do we have some mechanism to check this kind of fraud?

The mechanism is called "community managers who work for SE". I'll pass this along, they'll check if there's any foul play here.

Having said that, the proposal is still a long, long way away from becoming a site, so I wouldn't worry too much about it either way.

As for whether this has happened before... well. "This" is debatable, depending on what actually happened here, but yes, there have been proposals where folks have decided to create multiple accounts to either upvote or downvote questions en masse. We invalidate these as needed.

In the end, this sort of thing tends to be a self-correcting problem for new sites. Sure, a person or a group of people can create a bunch of sock-puppets to push the site into private beta... but then the site is pretty much guaranteed to fail since it doesn't have an actual community of interested users. We don't worry about it too much because of that. Trying to prevent a proposal from launching through shady means is a different matter, but it's pretty rare and generally quite obvious since it tends to happen only on particularly controversial topics.

Not the answer you're looking for? Browse other questions tagged discussion area51 serial-voting .

1
Suspicious following activity
21
Clearing Area51 - the non-trilogy userbase hurdle
79
Moderator nominees with records of vote fraud
3
What to do about unjustified “not a good example” votes on Area51?
123
The vote fraud script breaks legitimate polling questions - A serial downvoter's lament
35
PSA: When linking to an Area 51 proposal, don't link directly to “follow”!
258
Let's hold language in comments to the same standard as posts
165
What are the effective communication channels for effecting change to SE?
300
A Pronominal Proposal