Trying to edit a comment after the grace period: The message “This comment was edited 1 time” is misleading

I tried to edit my comment which I had edited already in Pro Webmasters but I'm not allowed to edit and when I moved my mouse courser to edit symbol it indicating a message that "This comment was edited 1 time". Why do the SE system not allowing to edit more than 1 time? How we can edit a comment more than 1 time if I missed any thing in our comment? 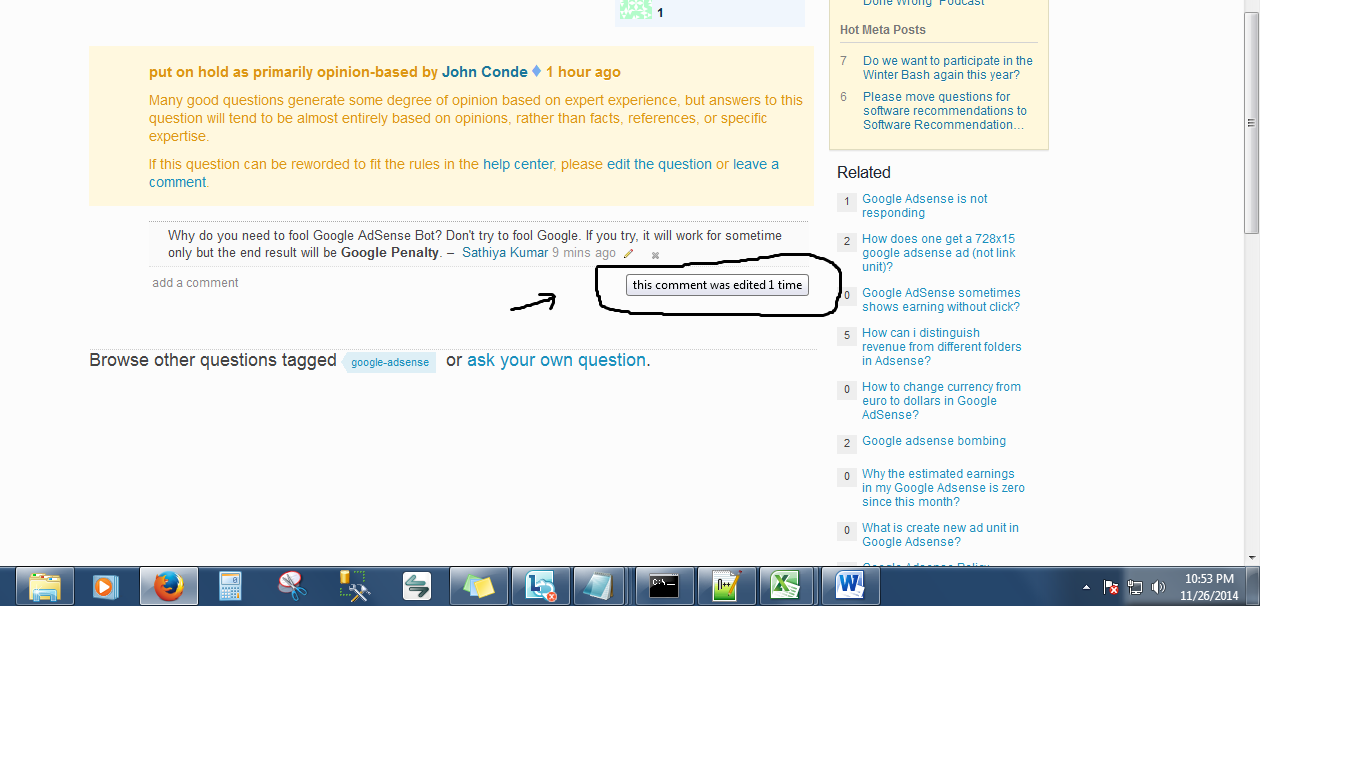 The number of edits is unlimited, but you can only edit comments within 5 minutes of posting them. Judging by the screenshot, the comment was posted 9 minutes ago, so you missed that window.

That little drawing of a pencil is not what you click on to edit a comment. It's just an icon that is displayed to show everybody that the comment has been edited.

To edit a comment, you have to click on the "edit" text, which disappears after five minutes.

Not the answer you're looking for? Browse other questions tagged feature-request support comments edits grace-period .

362
Add a way for moderators to cast a normal, non binding close/open vote
411
Decision on rejected edits should be displayed as a notification to the editor
1161
Don't throw away all votes when a user is deleted
17
Take most recent (or concatenate) edit comments when editing during grace period
2187
Firing mods and forced relicensing: is Stack Exchange still interested in cooperating with the community?