Site-by-site rep gains for “today” are missing from achievements

Take a look at this: 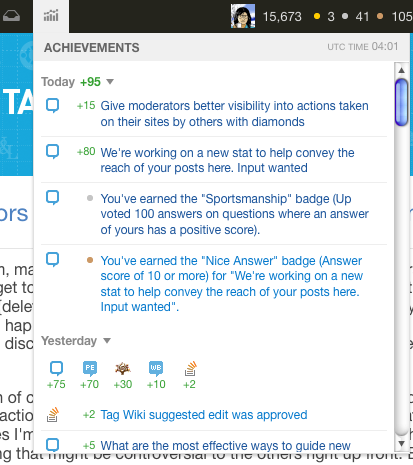 Until now I've gotten the per-site total (like in yesterday's heading) even if I only gained rep on one site. What happened here?

(If I gain rep on another site today and that changes the behavior here, I'll update.)

Update (2014-12-27): tonight I was greeted with this, but yesterday for a while I saw the behavior previously described (rep change on one site, site not called out): 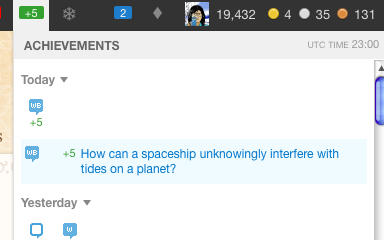 The "exception" doesn't appear to be the case anymore - the rep gains are only shown separated if you have gained/lost the rep only on two or more sites, and if the said downvote is removed / the votes are undone, you're back to the situation shown on your first screenshot.

I remember that if you earned rep only on one site today or yesterday, it used to show rep for this day in the way shown on your pic (also in my comment).

Exception would be if you had rep changes on multiple sites, e.g.: on MSE you had some upvotes, on SO casted a downvote on answer and then your downvote on SO is removed, you'll see your rep on this day "site-by-site", like this (I downvoted and undownvoted an answer): 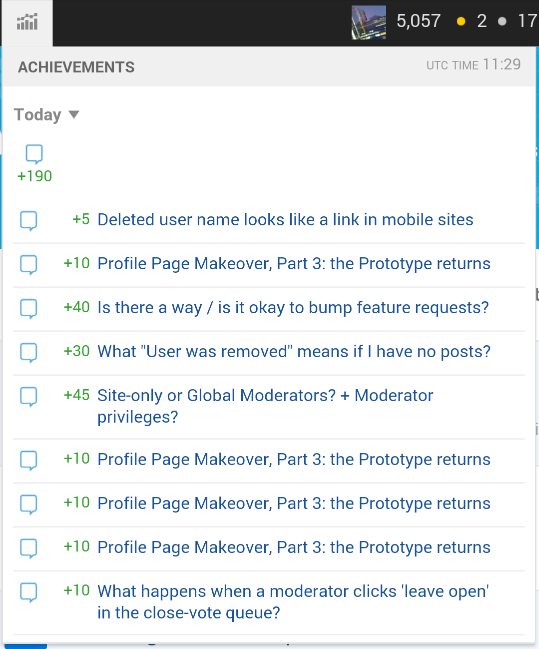 Not the answer you're looking for? Browse other questions tagged support top-bar achievements-dialog .

7
Sudden drop in reputation for no apparent reason in SO
809
What are the badges I can earn on each site, and what are the exact criteria for earning each badge?
145
Make voting activity on your posts available on site metas (what you would get from rep if metas had rep)
127
Feedback request: New top bar and MultiCollider redesign
438
A site (or scraper) is copying content from Stack Exchange. What should I do?
101
Someone contacted me by email but my email is not public
13
Achievements label continues to be confused