"On The Road" hat is Americentric

Why does the "On The Road" hat largely feature a cap labelled "USA"?

Did you forget that only ~25% of your unique visitors are connecting from the USA? I can't wear this hat because it would show pride in some country unrelated to me, which makes me sad.

There seem to be two separate concerns:

I can't wear this hat because it would show pride in some country unrelated to me, which makes me sad.

Hats are all about having fun decorating your avatar. They aren't about showing pride in whatever is depicted in the decoration. We have hats strongly associated with Mexico, Scotland, Russia, Japan, and Brazil. We have "hats" inspired by Star Trek, Apple and Android themed hats, hats referencing dark comedies, a headband from an anime I've never watched, holiday ornaments of various types, a pair of animals, and two food items you can pretend to eat or wear.

The point is, if the hat doesn't fit your interest or temperament, if it doesn't amuse you to place it on your avatar, pick something else. (This, by the way, is the advice that folks on Mi Yodeya gave about wearing the Saint Lucia wreath.) Each year there are 30+ hats to be earned and worn. Part of the reason we have so many is to maximize the odds you'll be entertained.

We give our designer a great deal of latitude when it comes to design details. For instance, my description of "On the Road" was "a trucker hat". I had a vague idea that it would come out looking something like: 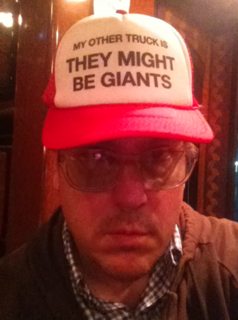 But I didn't put any particular thought about what would be printed on the hat. (In sharp contrast, I specified exactly what should be on the "Handegg" helmet.) Nor did I expect that the hat would come with a CB handset (which was a perfect touch). So when I saw the result, just about the only thing I thought was "yep, that's a trucker hat". I suppose I ought to have also thought, "could we put something else on the front panel?" But the fact is, I didn't.

However, that brings up a problem: what should the cap have on it? I honestly can't answer that question because the current design perfectly stereotypes the American truck driver who (presumably) is forced to use his or her mobile device to ask a question. Obviously, it's not just Americans who love trucks, but when I think "trucker" I do think of the sort of people who would own and wear a hat with USA silkscreened on it.

The comments and answers here are depressing. It's not a baseball cap, dammit - it's a trucker hat. Also, that's not a "ham radio", it's a CB handset.

Philistines! If y'all can't even get the obvious parts right, there's really no sense in trying to explain the subtleties.

This hat bothers me too a little, but at this point it's just a hat I'm not going to wear.

There's other culture-centric hats, but this one in particular bothers me because unlike the others, it could so easily be made not USA-centric: leave out the letters, then it's just a cap with a citizen's band radio, which isn't centric to any particular country. But by including the "USA" emblem, it has an emblem connected to ideologies I do not like, and it's a hat I'm not comfortable wearing — because of three letters that could be left out.

(Regarding comments voiced elsewhere here: caps, radios, and highways are all things other countries have, and they aren't necessarily reminiscent of the USA in particular to anyone in other countries.)

Apparently it's based on an American novel (from Oded's comment), and I don't know if it's a hat that distinctly appears in the book or artistic liberty, but the letters still could've just been left off and there'd be one more hat I'd be comfortable having on my avatar.

(Worth remembering it was also made by an artist doing it to help us have fun in Winterbash who probably didn't expect those three letters would have this impact on some of us. This doesn't dismiss the problem - I still wish the hat didn't have those letters so I could wear it, and I hope a lesson is learned for next year - but I still appreciate the intentions of its creator.)

I support this hat because we all need more trivial things to pretend to be outraged over...

Perhaps next year we should make waffles not war: 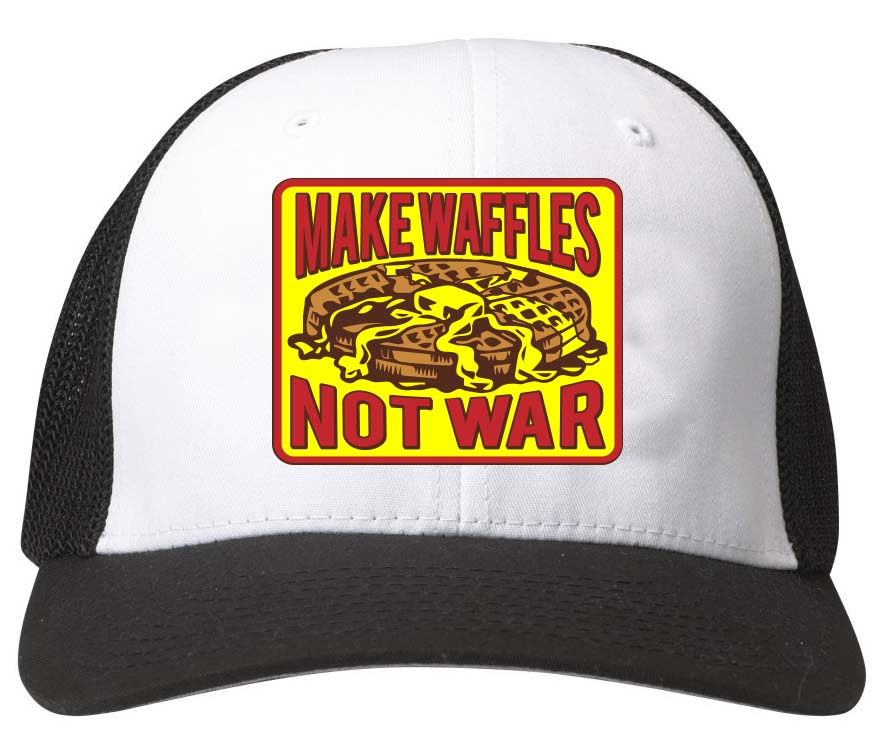 Just to continue stirring the outrage... There is in fact a Jack Kerouac Trucker Hat

Aside from the fact that this site was started by 2 Americans from the USA let's look at the other side of the coin.

How many hats are culturally motivated?

What is my point here?

Have I complained about any of these hats? NO.

I cannot wear Warm Welcome because it is would be supporting Russia and I don't believe in the same things that they do.

Should we go further?

America is known for its highways, such as route 66

Not the answer you're looking for? Browse other questions tagged discussion winter-bash-2014 .

43
Winter Bash 2014 closing remarks - ideas for next year
284
Do posts have to be in English on Stack Exchange?

1490
Fastest Gun in the West Problem
1872
What is the XY problem?
33
Collect hat stats please
203
Winter Bash 2018 Hat list
2501
Firing mods and forced relicensing: is Stack Exchange still interested in cooperating with the community?
665
Monica's situation continues unresolved. Is SE hoping the problem just goes away?
981
Firing Community Managers: Stack Exchange is not interested in cooperating with the community, is it?
228
Winter Bash 2020 hat list 👒 🎩