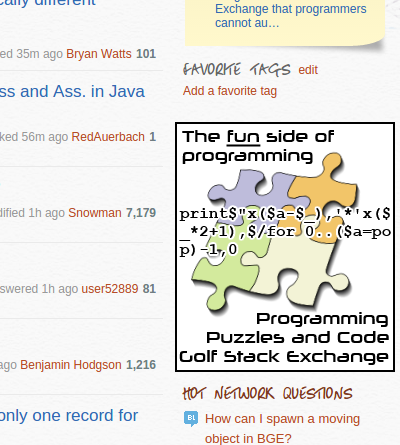 I can reliably reproduce this after several shift+F5s: the old Community Promotion Ads are still showing up (at least on Programmers.SE), from 2014, not the new ones from 2015.

Is this just another case of http://shouldiblamecaching.com? (It would have to be server-side, since even after manually disabling the cache I can reproduce this.) Or is it a bug? Oddly enough, that ad is the only one that I've seen after refreshing at least 25 times, which smells of a strange bug, but it could still just be a caching quirk.

Thanks for catching this, but for the moment this is working as intended. The ads are still running off of the old 2014 meta posts for two reasons:

We should be switching over to the new ads sometime next week.

Not the answer you're looking for? Browse other questions tagged bug status-bydesign caching community-promotion-ads .