I was recently editing a rather long answer on Worldbuilding.SE (but this applies everywhere), and I was trying to see what my formatting looked like and if it was working correctly. However, because of the long answer, the top of the markdown box was in the way and I had to scroll down to see what I had been typing. This gets annoying when I have to do it a lot.

My feature request is to have an option to put these boxes side-by-side so that we can see both what we are typing and what that looks like when rendered with Markdown.

NOTE: For users who do not want the UI changed/think it won't work: 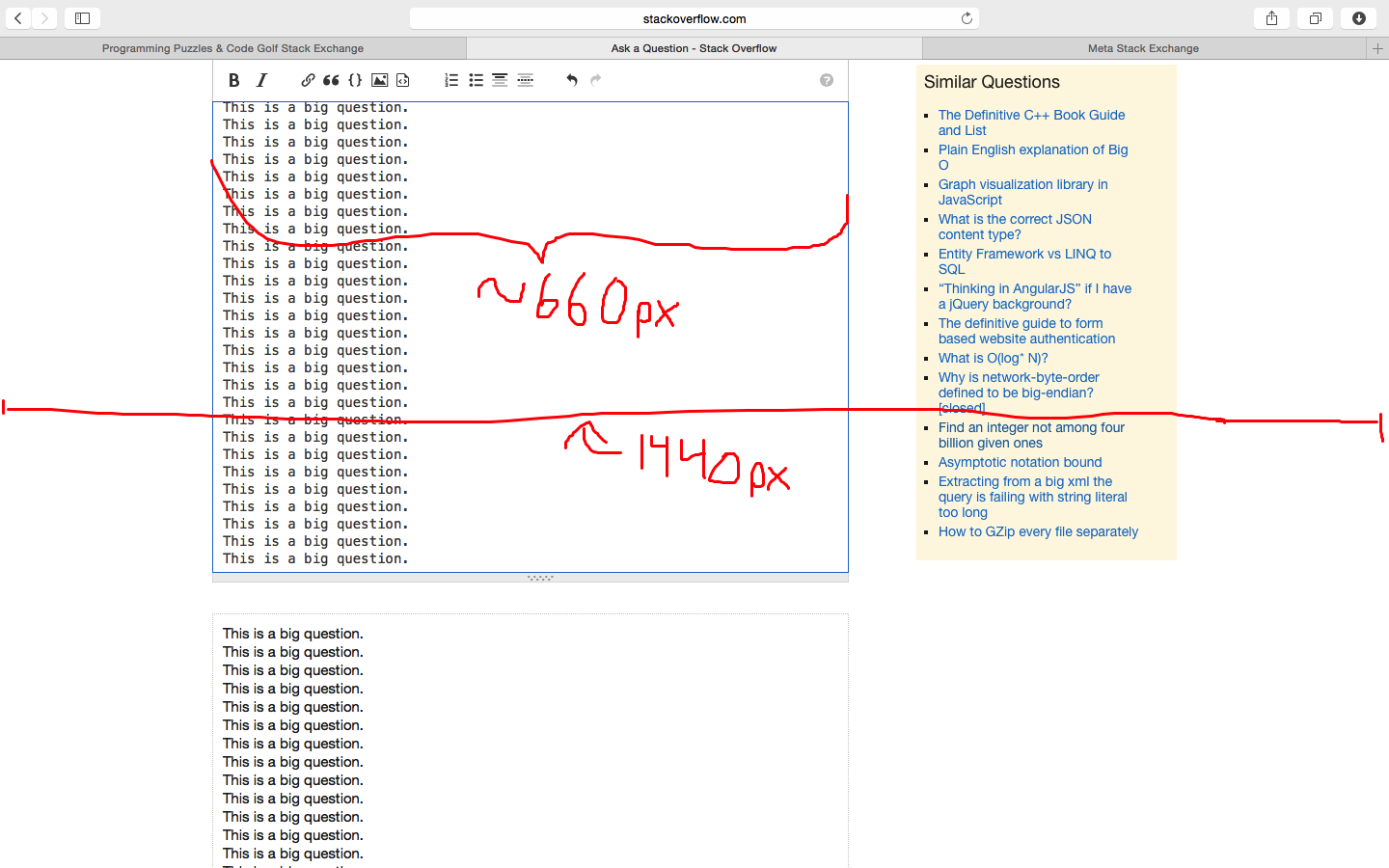 This is how it looks on my computer. There is a lot of margin space to use up for this if some layout changes are acceptable. Also, I think it would be a better idea (than my original feature request) to add an option to do this instead of just putting the boxes side by side, especially because there is not as much margin space on smaller monitors to use. After reading comments, I can see many mixed opinions about whether it would work.

I'm often writing or editing answers that include a screenshot, which make accessing the preview annoying - one has to scroll the page up and down constantly: 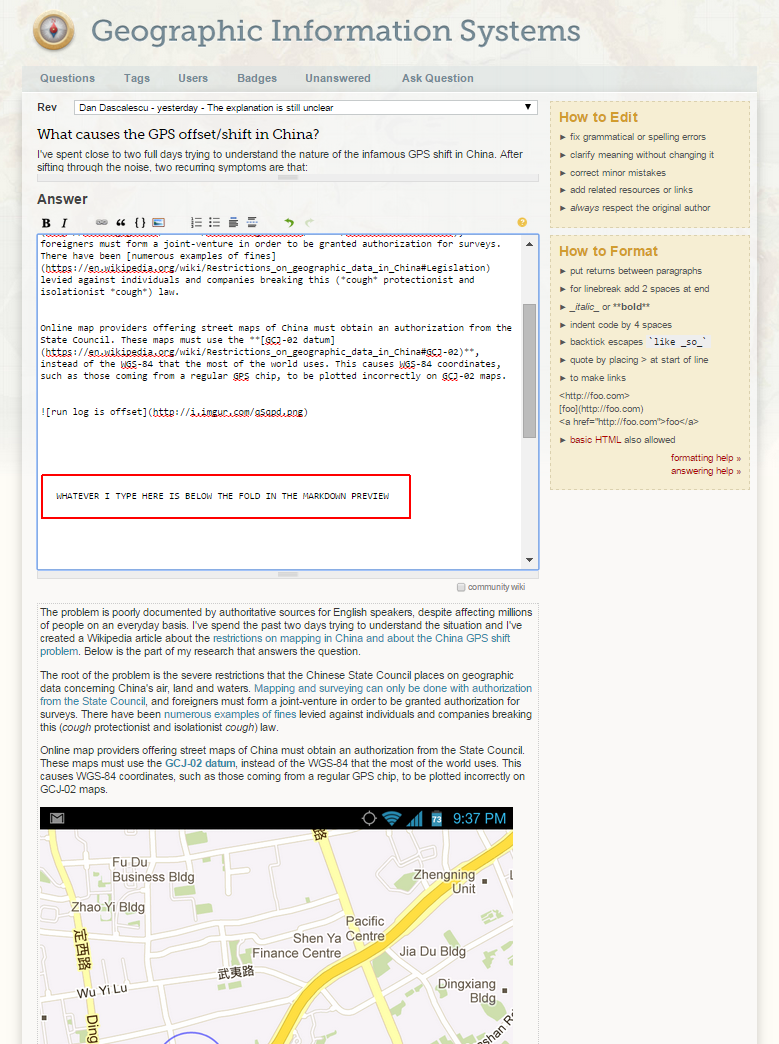 Ironically, I have to this right now as I type this answer.

But he'res a better way, which we see on Discourse.org:

So I've filed a feature request to...

I can't imagine that I have a narrow textarea with a narrow preview of what is supposed to be my post. Since the width wouldn't fit, it wouldn't even work as a preview. Maybe it would for plain text (but who needs preview for plain text), but as soon as you include images, headers, code snippets etc., the width starts to play a very important role.

My approach is that I learned how the markdown syntax works, including nuances like "a code block inside a list or a quote" and "a backtick inside an inline code", and "lists nested in lists", and since then, I don't use the preview but to check that code blocks and images fit in the page. Changing the width would remove this feature of the preview.

Considering the drawing that has appeared with the question: The 660/1440 px idea is plain wrong. The right panel that contains useful stuff (especially the Similar Questions, if only more people clicked couple of them before hitting "Post Your Question", the number of dupes would drop significantly), and you have to count it as well. The page width is 980 px, This means that a 1600-pixel-wide screen is actually not enough.

Not the answer you're looking for? Browse other questions tagged feature-request design user-interface markdown-preview .

36
Preview on the right please, optionally?
21
The Discourse layout for side-by-side Markdown preview

840
Allow an edit to notify downvoters: “I think I've fixed the issue now - please check”
96
Markdown extension for really small tiny text?
260
The title word filter is one of the worst ideas ever implemented on SO
417
Decision on rejected edits should be displayed as a notification to the editor
298
Add optional box for spam flags letting you say why you think it's spam
21
The Discourse layout for side-by-side Markdown preview
304
Goodbye, Prettify. Hello highlight.js! Swapping out our Syntax Highlighter