When a site has a "system message" shown (such as the message shown on recently launched beta sites, like Vi/Vim), the mobile layout suffers: 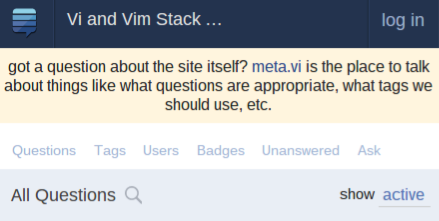 Compare the above with how the mobile navigation bar normally looks:

Worse yet, a selected tab on the navigation bar is shown in white on white:

Observed in mobile Opera 27 on Android, and also in desktop Chrome 41 on Chrome OS, from where the screenshots are taken.

The problem is that <div class="system-message-container"> is positioned where the navigation bar is supposed to be; if it is deleted, the normality is restored.

P.S. You can currently reproduce this bug on Stack Overflow by switching to the mobile view, thanks to the "ten million questions" announcement. Here's a pair of screenshots showing the SO front page with and without this fix (taken using the Firefox dev tools, in responsive design mode): 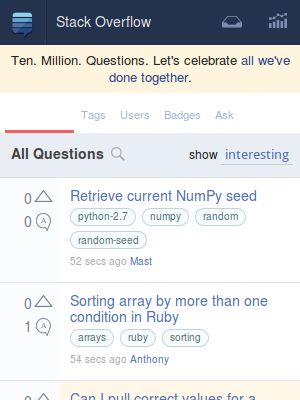 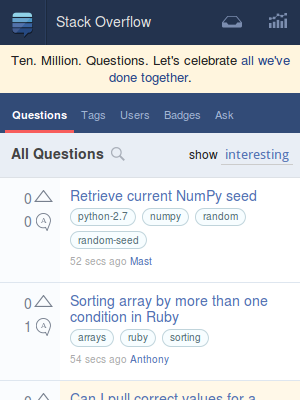