You can get around the suggested edit pending blocker

The post about the edit button being disabled says:

There is an edit to a particular post that was not approved yet.

This suggests that you shouldn't be able to edit a question, however:

This question has a suggested edit waiting 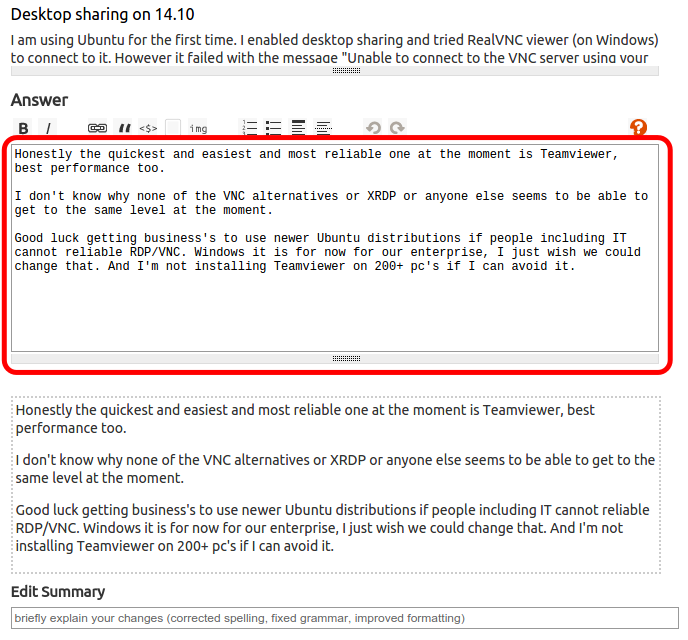 You can edit the question. This works on answers too.

I'm not sure this should be possible?

But I wouldn't advice you to do it. At least so as not to waste the effort of the user who suggested the edit. And if you really think that the edit makes the post worse, you can do the same thing in a more legal way: choose "reject and edit" when reviewing. If you feel that the suggested edit is good and in the same time you want to apply your changes, review the suggested edit by choosing "improve" and adding something from you.

Not the answer you're looking for? Browse other questions tagged bug review edits suggested-edits .

126
Why is the edit button disabled?