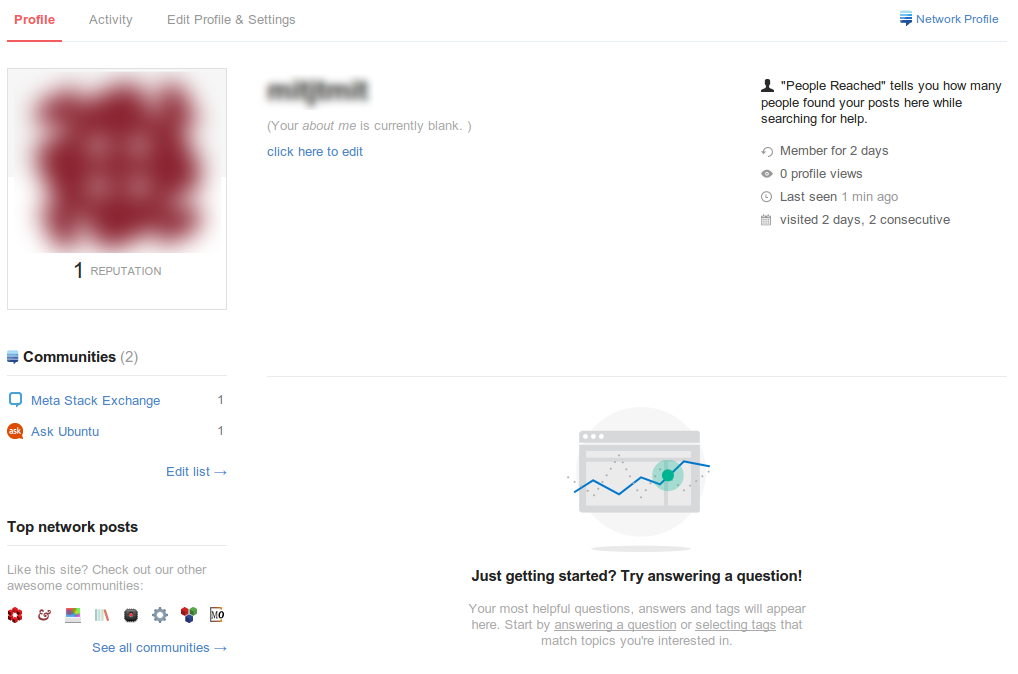 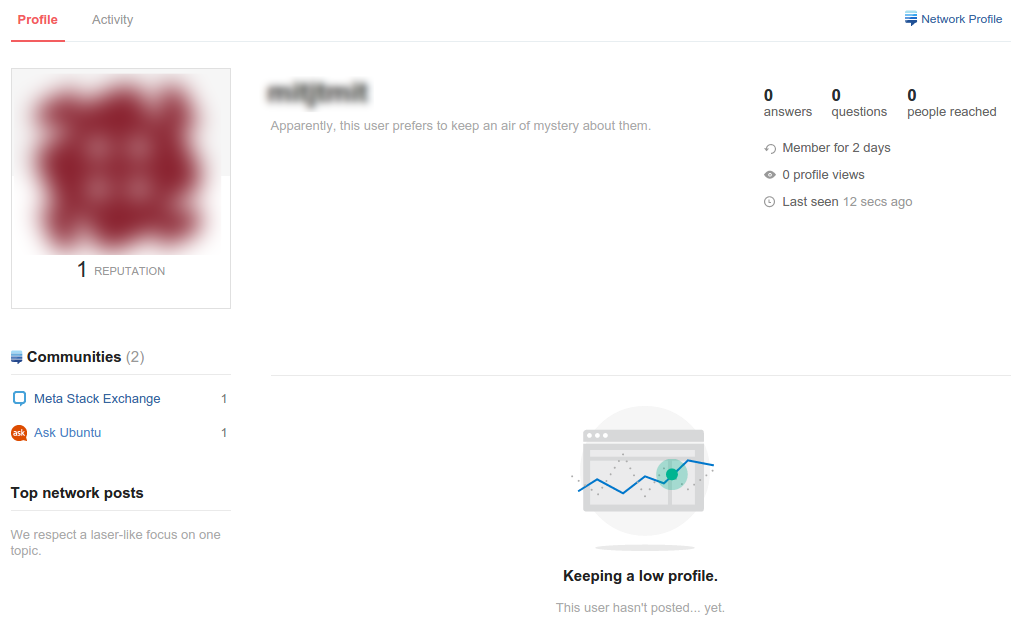 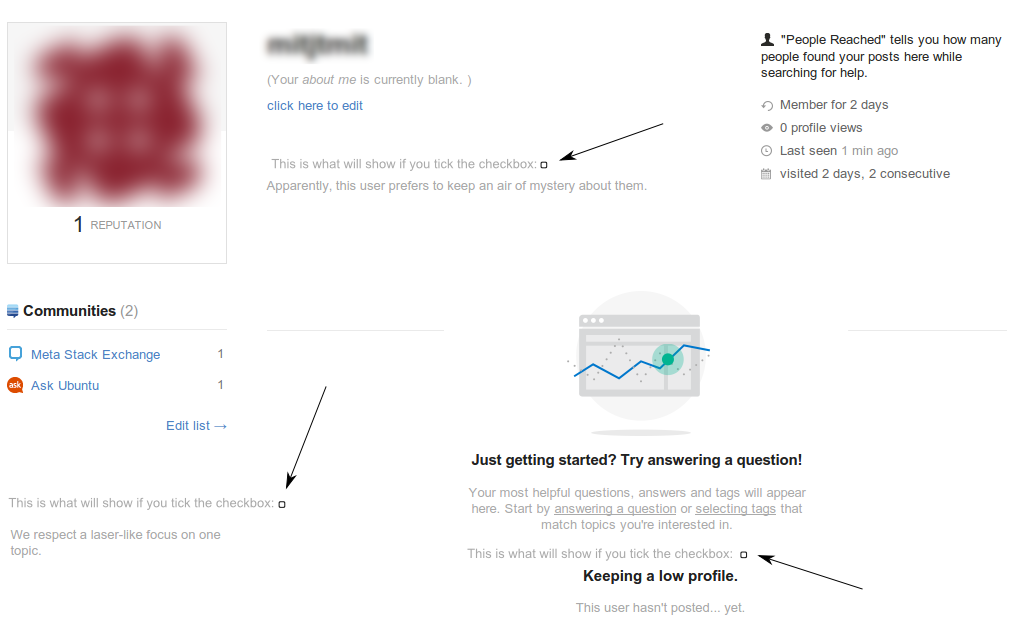 4
Will the old "about me" message be affected by these recent pronoun usage rules?
-7
Why is the blank profile sentence not correct?
2
A user should be able to see their profile without logging out
-401
Some changes to the profile while we make it responsive

551
How about a "Vote not to close" option to counter the "Vote to close"?
205
Avoid the Streisand Effect - be clear about the reason when suspending an account
294
Let's stop displaying a user's accept rate
420
Add an "I don't understand" option for review audits
186
"Autobiographer" Badge now only requires sharing what YOU want with the community
132
Profile Page Makeover, Part 3: the Prototype returns
309
We're working on a new stat to help convey the reach of your posts here