Since (at least) iOS SEß 1.2.2.199, instead of popping up a list of actions, the devs added a little cute bar with four options which shows itself when I click on a comment. 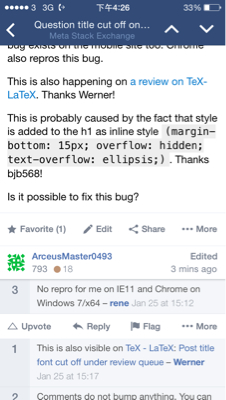 After an action, like upvoting, I have to manually click the comment to make it hide. No, I'm not too lazy, and as I don't think there are a lot of scenarios where multiple actions should be taken for the same comment, is it possible that after an action, it auto hides?

335
Don't remove the @ part of my comment
153
Tell the user who will be notified of a comment
221
Allow flagging a comment after upvoting it
34
Can we improve the Move Comments to Chat functionality?
3
Inconsistent actions offered to moderators for flagged comments