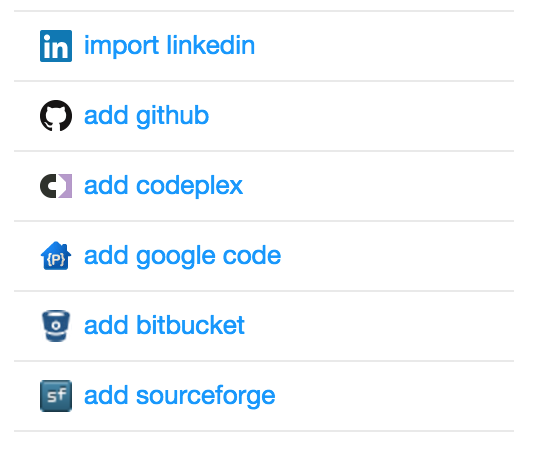 Google Code should be removed at some point. Sunset schedule from the Goog:

It would be nice to provide a notice to users who have Google Code projects on their Careers profile, and provide a timeline for how long Careers will support Google Code.

The option to import Google Code projects is still being used occasionally (yes, even though it's now read only), so we're not going to remove it just yet.

We'll continue to link to Google Code projects on Careers profiles for as long as those URLs still work - it looks like as of 2016 they'll be redirected to the Google Code Archive.

That said, usage of the import feature is way less than usage of the GitHub and BitBucket import options. To keep clutter down, we've moved the importer for Google Code projects to the "other..." link:

We moved the SourceForge and CodePlex importers there too, as they are also only used very rarely these days. (For some perspective, more GitHub projects have been added to Careers profiles in the last 12 hours than Google+CodePlex+SourceForge projects combined for the whole of 2015 so far).

Oh, as an added bonus we've also just added a GitLab importer, so you can now easily add any projects you have hosted there too. (This is for projects hosted on gitlab.com - for self-hosted GitLab you can continue to add a URL manually via the "other" link).

Not the answer you're looking for? Browse other questions tagged feature-request status-deferred careers .

256
Shortcut or button for copying posted code from Stack Overflow
334
Don't remove the @ part of my comment
1
Careers 2.0 cannot import some Google Code projects that I own
4
are Careers 2.0 active on Google Code invites coming?
7
Top Tags removed from Careers Profiles?
505
Implement ```-style (fenced) Markdown code blocks
517
We need "assume good intent" back in the Code of Conduct
117
Remove the suggestion to post a new question from the closed questions post notices