If you use Ctrl+V to upload the image, and it is a very, very long one, the footer is pushed down: 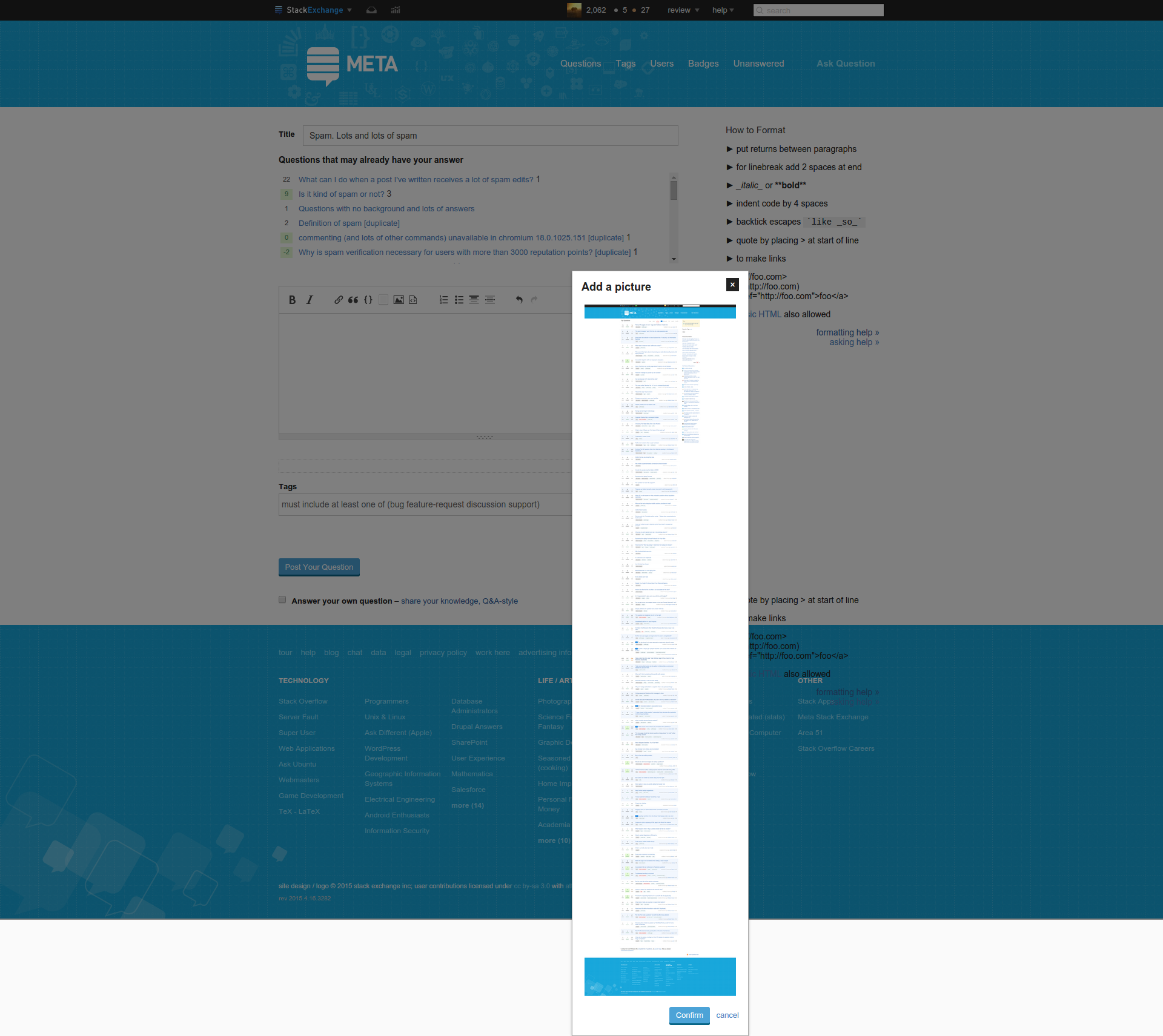 This should possibly be adjusted so that it moved the submit box up.

If you use Ctrl+V to upload the image, and it is a very, very long one, the footer is pushed down:

The definition of a "footer" is open to interpretation, however I presume you mean "the blue bit at the bottom of all pages with links in it" as this is the most common use of the word.

Based on your image, the footer is not "pushed down" it remains in place directly under the content above it, exactly where it would be without the pop-up box.
The pop-up box is simply additional content on top of the footer and which spreads beyond the footer.

As such, perhaps by "footer" you actually mean the bottom of the page, after the blue box with links in it?

Either way, I don't see an issue with the pop up stretching beyond the footer (blue box with links in) as per your image.

This should possibly be adjusted so that it moved the submit box up.

But the top of the box should also be around the top of the edit area, as it currently is, because that's what it is relevant to.
And if it's a large box then it simply extends down as required, as it does now as per your image.

I see no actual problem/bug with this design, the box has to go somewhere.

In comments you stated:

if the popup is taller, it should push the footer down

I'm not really sure what you mean by this. Isn't this what you are reporting is the actual bug - it moves the footer and it should be the box which moves?

There is content behind the popup, what exactly do you feel should be pushed down, or pushed up, or is pushed down?

(Please excuse poor images, am on Windows ATM and only have MS Paint) 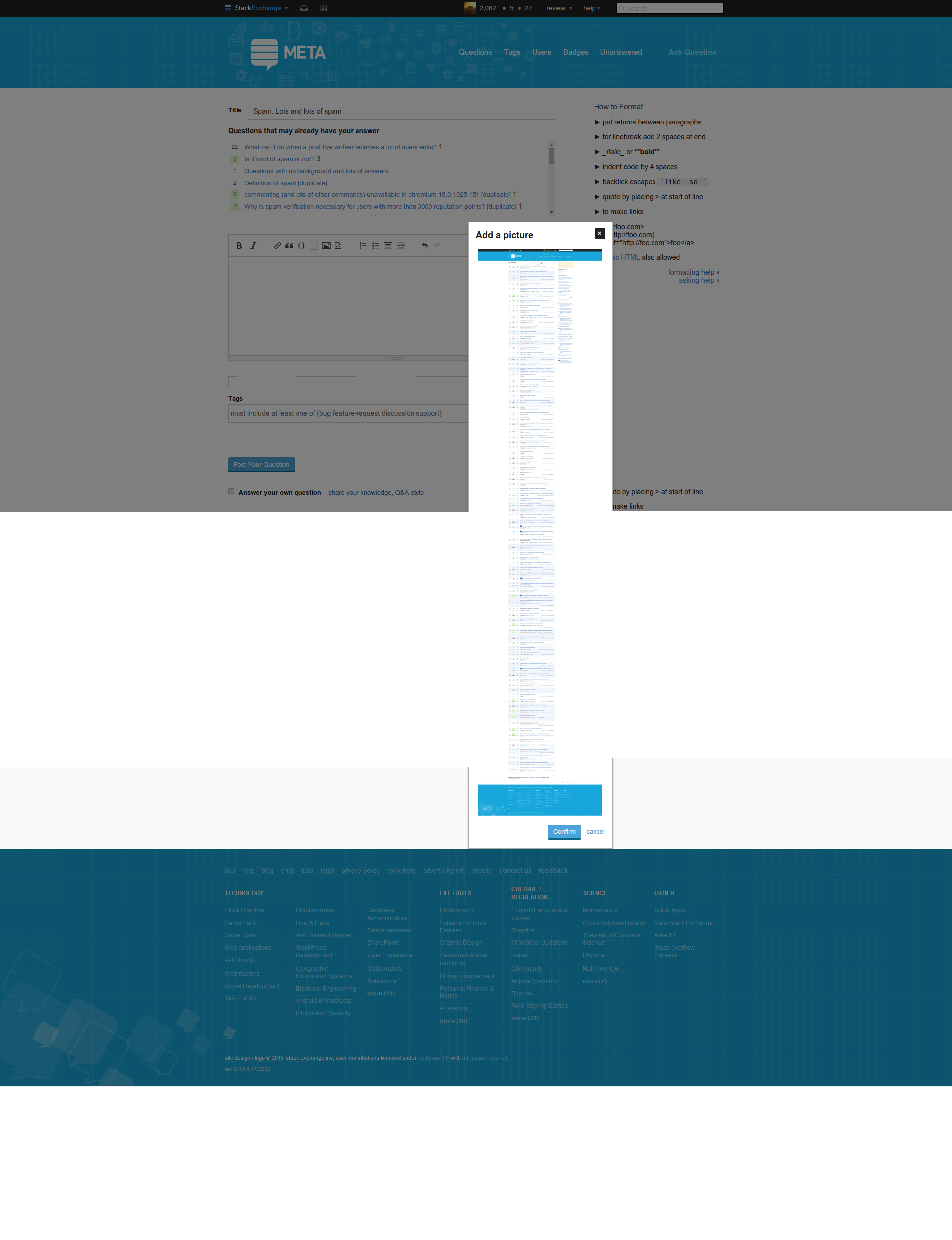 2) box moved up footer moved down

Or, popup moved up to the question title (as far as I want to go otherwise it will be encroaching on the nav bar) and footer down: 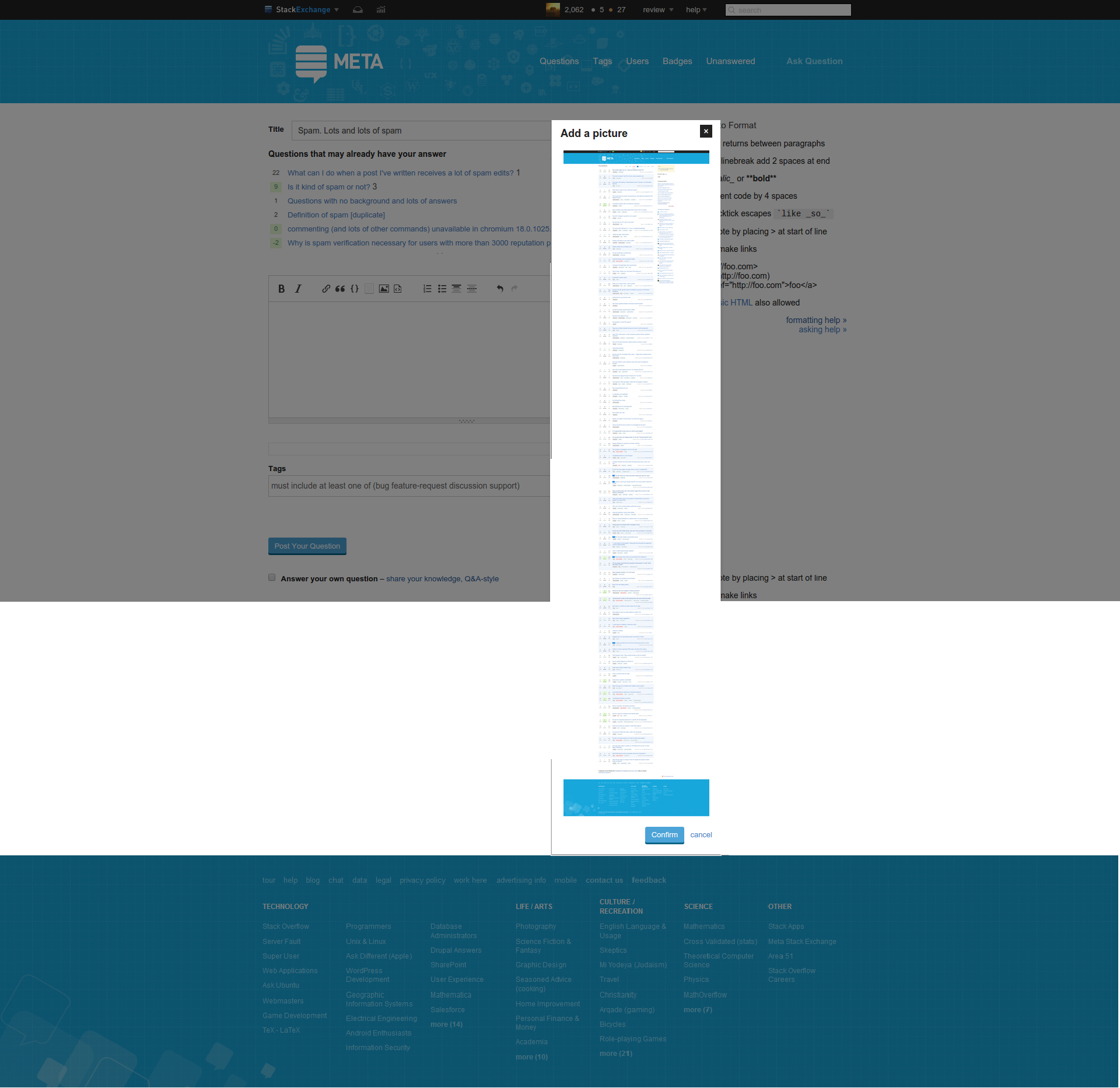 3) box up footer not moved

Alternatively, in case I've misunderstood your definition of "footer", not pushing the "footer" down as per the above two images, but moving the box up and allowing it to sit over the footer.

The problem with this is I've manually edited an image, and getting this to work from code would be fiddly, especially for what change it makes.

Your best bet would perhaps to suggest "the box appears at the top of the question title", although this again is not ideal as it's more relevant to the edit area.

Here's the best I could get - is this what you meant?: 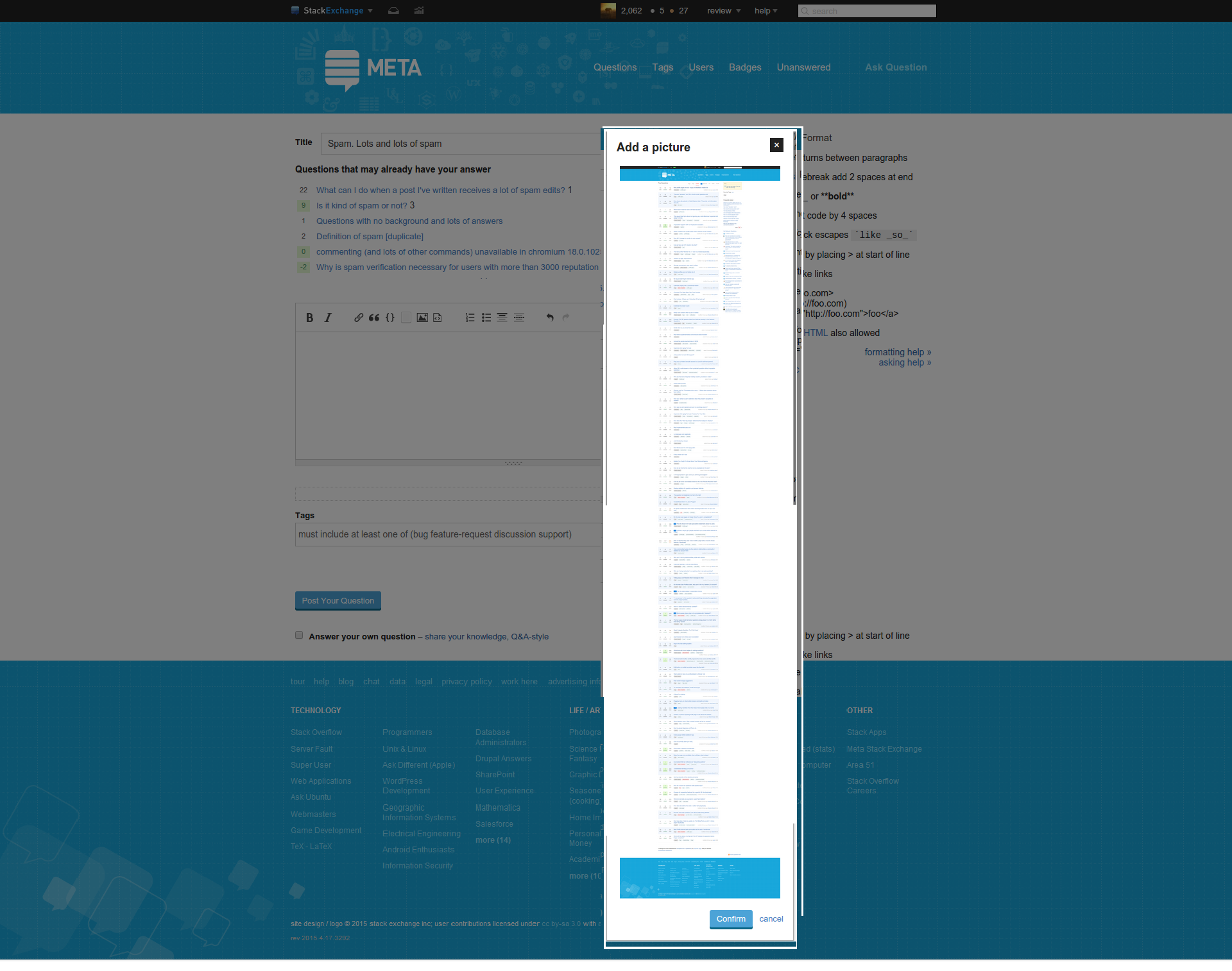 Well, arguably, but given this needs to be coded I still think that the current way as per your image in your question is the best way to handle this.
That also accounts for screen sizes etc, and any other scenarios, as it gracefully uses any height down over as it requires.

A bug is when something is not by design, or an element is by design but causes issues with something else (etc). And I really don't see a "bug" here as this is likely by design and causes no issues (none that I can see or you have stated).

Perhaps you'd be better off posting a feature-request asking for the changes.

Not the answer you're looking for? Browse other questions tagged bug design footer uploader .

2
Inconsistent “Upload Image” box
7
Bring back Tab order for the image upload dialog
16
Upload image isn't working
13
What should be in the footer?
54
Intermittent Failed to upload image; imgur is rejecting the request