Thankfully, it's mostly fixed now. However, there's still a problem... the totals are still wrong: 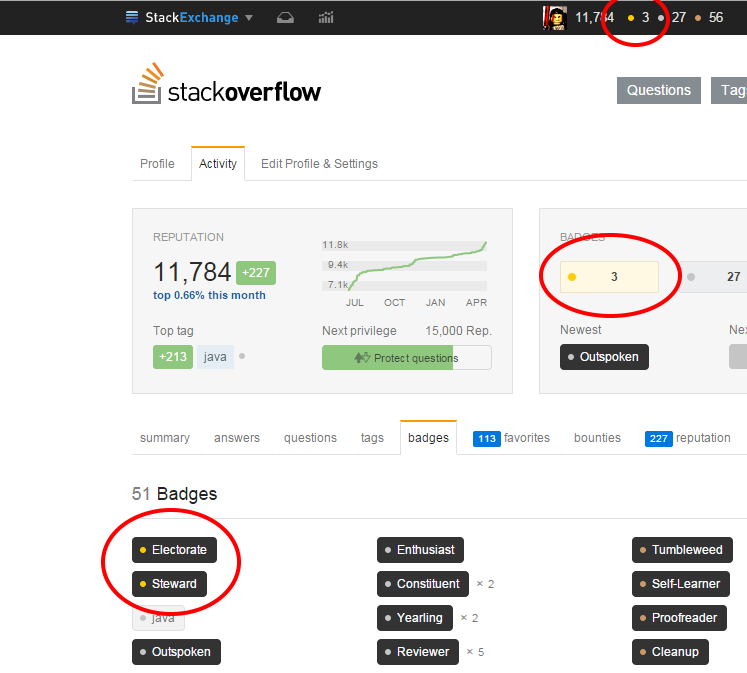 This issue was fixed several hours ago, and the badges were taken away, so my guess would be that this totaling problem isn't going to fix itself on its own.

For what it's worth, this isn't just me. The people mentioned in the comments on the other post also appear to be wrong: Example 1 Example 2 Example 3

This will get cleaned up around 3am UTC, give or take a few minutes.

There is a daily cleanup job that will clear these up - should run around that time (that and other jobs run in the same batch, so this can be a few minutes after 3am).

Not the answer you're looking for? Browse other questions tagged bug status-completed badges profile-page .

40
Tag badges are being awarded incorrectly

175
The problem with extrinsic motivation
37
Just created an account on a new SE site, where's my +100 rep?
16
The list of tag badges is all sorts of messed up
35
I don't get no R-E-S-P-E-C-T
100
Tag scores are not updated and the issue is getting worse
273
Make moderator messages anonymous
11
Let me know earlier that I can't award a bounty within the first 24 hours