This question was just migrated from Academia.SE to CogSci.SE. I cannot view the post as I originally saw it on Academia, but some comments have apparently been moved from a (now deleted?) answer to comments on the question. Here is a screenshot of the current migrated question with comments: 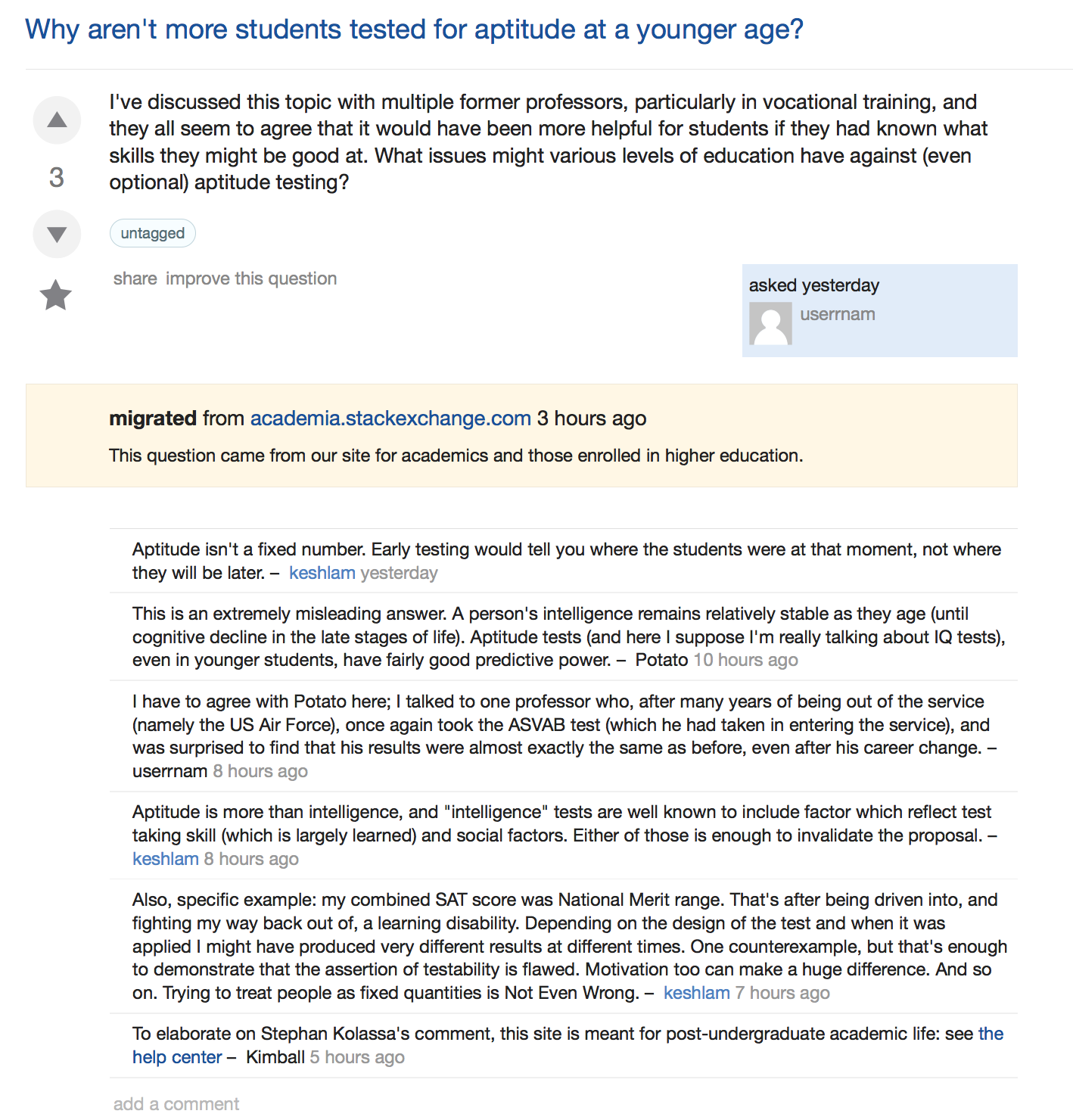 When I left my comment on the question (the last one listed above), there was only 1 other comment. As I recall, all of the comments (certainly the 2nd one) came from an answer which is no longer there, and I suppose was either deleted/removed during the migration or subsequently.

Why did an answer disappear but its comments become comments to the OP? My expectation is that said answer together with associated comments should either be all migrated together, or they should all be removed. (In this particular situation, I don't know why 1 of 2 existing answers was migrated but another wasn't.)

Is this some sort of bug, or an effect of intentionally trying to preserve comments on an answer without the answer? 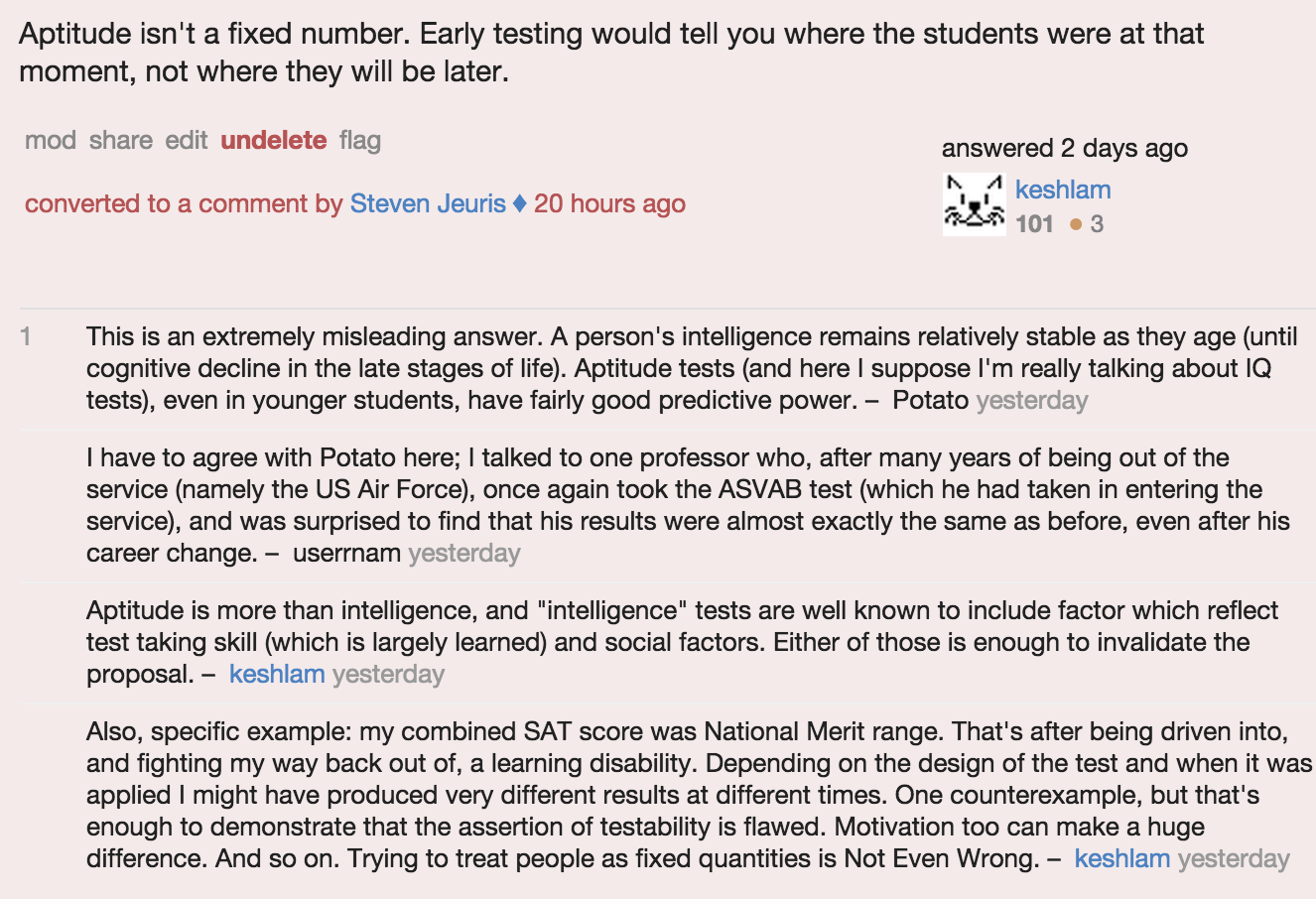 Not the answer you're looking for? Browse other questions tagged bug status-bydesign comments migration .

1185
Encouraging people to explain downvotes
205
What's with all the rude comments recently?
192
How do comments work?
255
Reset votes on migrated questions
192
Provide a tool for moderators to migrate comments to chat
218
Allow flagging a comment after upvoting it
185
Can we get a comments only lock?
152
A guide to moderating comments
181
A proposed philosophy of question migration
265
Let's hold language in comments to the same standard as posts