I am currently aware of the reason behind why the Android App does not allow rendering of MathJax in comments via with no explanation to indicate otherwise. This issue is a technical one that has not been solved yet. Completely understand.

However, in its current form, it appears that rendering in comments is broke with no explanation to indicate otherwise.

Now, a user can see the MathJax in the Android App if they...

This is a process that is not intuitive to people that don't already know about this. People know that they can click on another person's name in a comment (actually just clicking the whole comment UI component), and will know that they might be allowed to view their profile if they search the overflow menu. This idea goes for a lot of other comment-related actions; flagging, upvote, etc.

However, this idea does not translate to displaying the comment correctly, and people assume there is an issue / bug, instead.

I propose a solution that is 2-fold. (1) Easily indicate to the user to that they can display the MathJax correctly with their input, and (2) inform the user as to why they have to manually induce the correct display of text.

Here are 2 possible formats for the display of "Render MathJax". However a logo could be used instead. 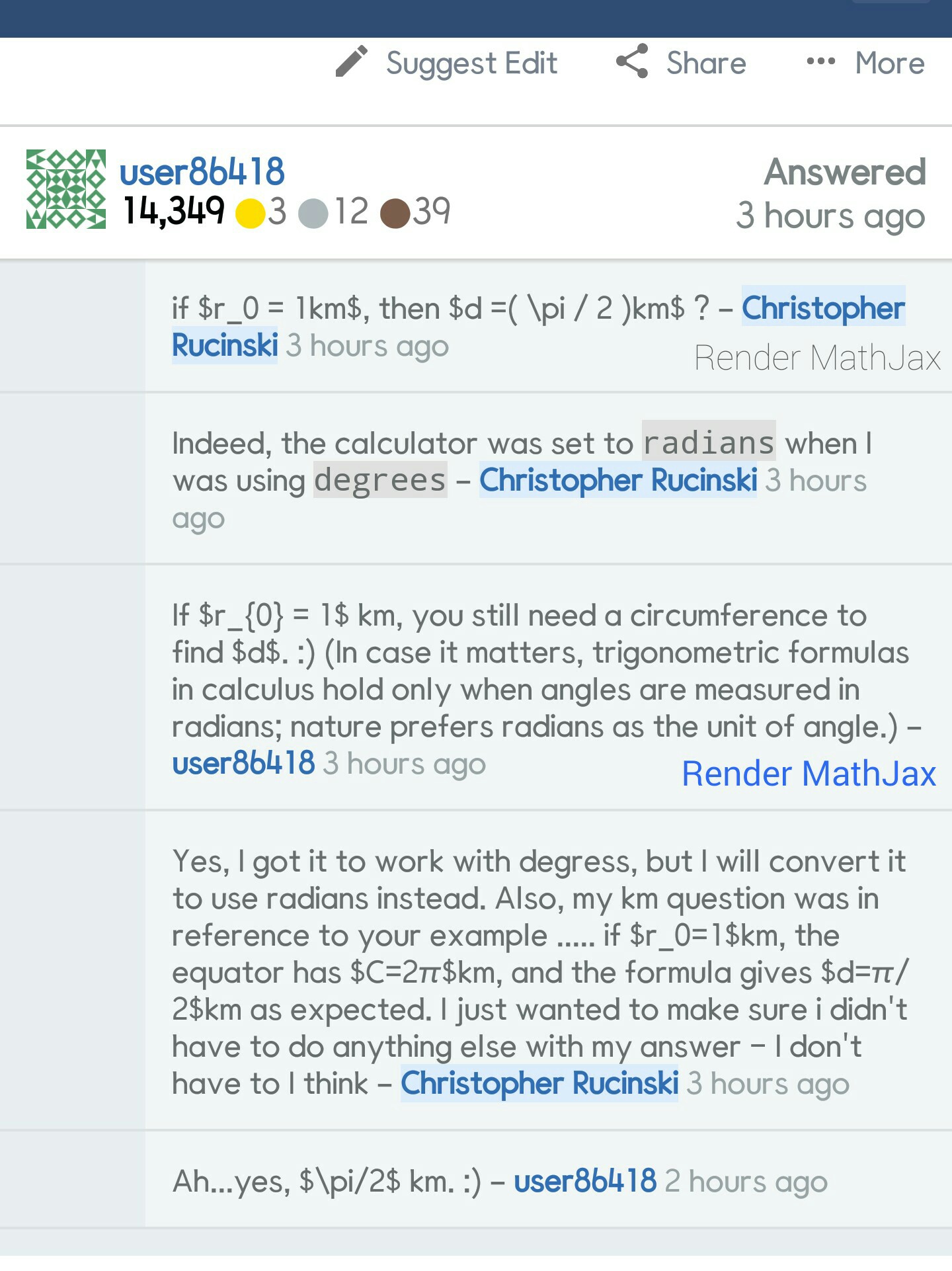 Note: In both cases, the user is aware they need to manually click to do something.

I have stated an issue that others and I have found. I provided general solution to solve 2 issues, and I gave a specific, implementation solution.

Comment on your preferred implementation solution if you can think of one.

[Note 2] This could also apply towards titles on mobile devices, too, or any place that needs to have MathJax displayed but isn't.

617
Formatting Sandbox
417
Decision on rejected edits should be displayed as a notification to the editor
289
Let's stop displaying a user's accept rate
338
Why do I need 50 reputation to comment? What can I do instead?
2785
A Terms of Service update restricting companies that scrape your profile information without your permission
827
Net Neutrality and Stack Overflow / Stack Exchange
2482
Firing mods and forced relicensing: is Stack Exchange still interested in cooperating with the community?