How do I add a Google OpenID login?

Apologies in advance if this question is all over the place. I have no idea how OpenID works and how SE's various login systems are related to eachother.

I am attempting to add a Google OpenID login to my account by performing the following steps:

I am met with a page that says:

OpenID 2.0 for Google Accounts has gone away

If you've been redirected to this page, it means that you're using a website that doesn't support the latest sign-in standards from Google.

I am confused by the related information I found:

I am thoroughly confused by all this. How do I add a Google OpenID URL login?

The real reason behind this question is I'm trying to interface with SE's chat WebSockets, but I currently use the Google log-in button for my account. All of the existing code I see uses https://openid.stackexchange.com/ to authenticate, so I'm trying to add an OpenID login. But maybe I'm going down the wrong path entirely to begin with, I have no idea how SE OpenID vs. Google OpenID vs. Google Login button fits into the picture here. I'm just pursuing this path because "openid.stackexchange.com" and the "More login options" form both have the words "OpenID" in them and I have no better ideas (I'm not ready to count the inexplicably involved SE OpenID procedure described here as a "better idea" quite yet).

Every time I read another OpenID/Google-related MSE post or web site, a few more drops of my brain drip out my ears. I don't know how to put all the information together.

You don't. Google dropped support for OpenID on April 20th.

You can still log into Stack Exchange using Google because we rigged up something to support OAuth - "The New Hotness™" - behind the scenes. It looks like OpenID, mostly, and we make it work for old accounts by virtue of having spent the past few years asking for email addresses along with OpenID when folks logged in using Google... But have no illusions, it is not OpenID. If you were one of those unlucky people who used the raw OpenID string to authenticate using your Google account and you never gave us your email address, then you probably can't access your account now and will have to /contact us and hope we can figure something out.

But that isn't your particular concern. You were still hoping to add a Google OpenID. Well, too bad. You missed the boat on that, just like you probably missed out on Wave, Reader and Buzz. If you want to authenticate using Google, you'll have to fake an OAuth login. In theory, that should actually be easier. In practice it probably isn't. If you already have examples that show you how to do it with SE's OpenID, then use that instead - it's free, and you don't even have to switch up emails.

Years ago, back when Stack Overflow was starting out, OpenID was It - the thing that was gonna save all of us from having to remember 1807 different passwords, including the password for the password manager that helps us remember the other 1806. Then it all went south. I blame Facebook. 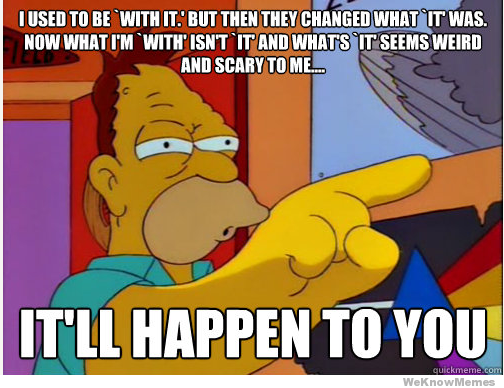 Not the answer you're looking for? Browse other questions tagged support login openid stack-exchange-openid google-openid .

206
How do I change my login provider(s)?
85
"OpenID 2.0 for Google Accounts is going away"; will this affect Stack Exchange?
9
Cannot log into SEDE with Google account - openid was dropped

0
Login problem with Android browser and Google OpenID
12
Log in to Disqus with StackExchange OpenID
528
Global auth is dead! Long live universal login
167
WordPress.com button is going away from login/signup screens
206
Support for OpenID ended on July 25, 2018
2
With the deprecation of OpenID support, how do I create a email-based login with the same email address