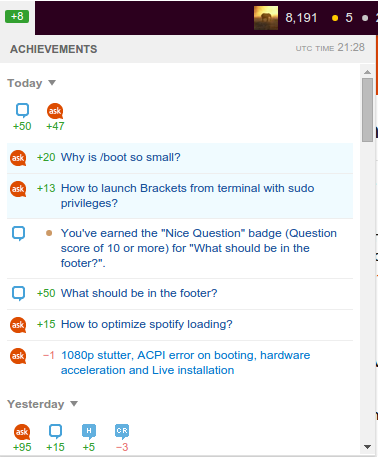 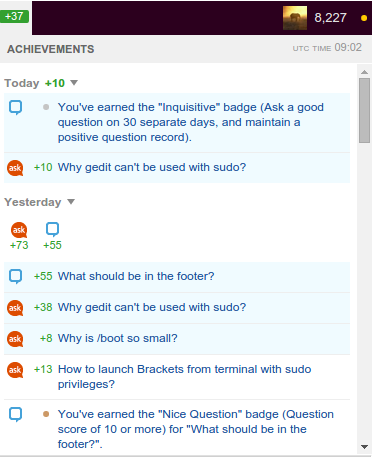 Why am I getting these big differences?

The highlighted entries received votes, and those votes in total changed your reputation by the amount shown in green.

That does not mean that all points earned for the highlighted entries are summed to form the change in reputation shown in green, it just means that those entries where voted on.

In the first screenshot for example, you received an up-vote on one question and an up- and a down-vote on the other. Those questions already hand gained you +15 and +5 points respectively, but now you gained another +8 (2 * +5 + 1 * -2) in reputation.

In the intervening time between the first and second screenshot, more things happened, including an up-vote being removed (-10 points), replaced with a down-vote (-2 points), another had 4 upvotes and a downvote yesterday (+38) with the downvote converted to an upvote the next day (+12), and you got an upvote on your Meta question (+5). That makes a change in reputation of +38 points, presumably you downvoted something to account for the remaining -1 but removed that down-vote since.

1017
How does accepting an answer work?
912
What are “Community Wiki” posts?
543
How does the bounty system work?
723
Six simple tips to get Stack Overflow reputation fast
797
The Many Memes of Meta
748
Recent feature changes to Stack Exchange
755
What are the badges I can earn on each site, and what are the exact criteria for earning each badge?
574
What is serial voting and how does it affect me?
2254
Firing mods and forced relicensing: is Stack Exchange still interested in cooperating with the community?