Why didn't this user get any reputation for an accepted answer? [closed]

A user on Tavern on the Meta noticed that on a question on Ask Patents, the user whose answer was accepted didn't get the +15 reputation associated with it: 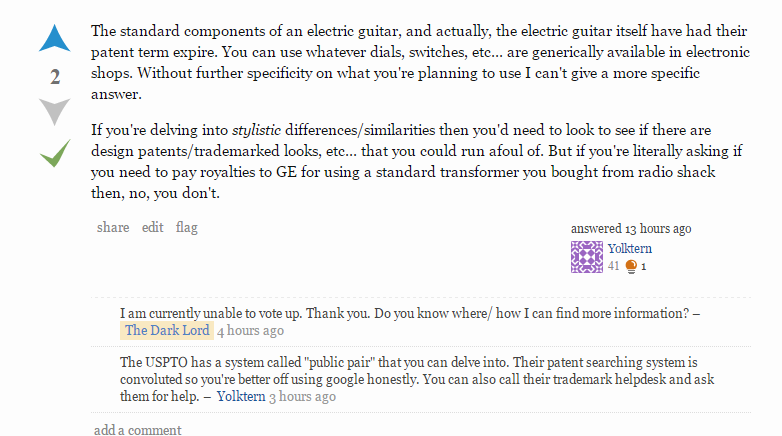 According to their reputation tab, they should have 56 reputation on Ask Patents, but however they only have 41. I looked around and found this Meta question but however, their account is registered and active, and so is the account of the asker, unlike the case in the aforementioned question.

I thought caching might be to blame, but however surely caching shouldn't affect reputation changes on the same site (as seen on child metas).

They have 61 reputation as of right now and everything in their rep audit looks correct.

They had another post (now deleted) that picked up offensive flags and resulted in a -15 reputation drop, which possibly gives the illusion of the +15 from accepted answer not getting awarded.

Not the answer you're looking for? Browse other questions tagged bug status-norepro reputation accepted-answer .

10
Why is the meta reputation derived directly from the parent site?
8
Why did I not receive +15 rep for an accepted answer?

280
Why do you lose reputation for downvoting?
531
Recent Reputation History Changes
820
What does “user was removed” mean and why did my reputation change because of it?
66
View site with a specific reputation value (lower than your own of course) or as a specific user (for mods)
202
More descriptive “User was removed” explanation
26
Why does this user have two SO accounts in his SE profile and only 1 rep?
123
The vote fraud script breaks legitimate polling questions - A serial downvoter's lament
185
Wiping votes on deletion of highly active accounts (-865 points on “User was removed”)