Can we make “non-substantive” edits fall off the front page faster than new questions?

I know that requests for a "minor edit" option come up all the time and are routinely rejected, and for good reasons. (Details can be seen, among other places, at Could we have the ability to mark a change as minor in questions or answers?)

On the other hand, we already have a concept of a "non-substantive" change, which does not trigger a notification to the OP when a small edit is made to their post, as described in No notification was received for an edit to a post

Is it possible to also tweak the algorithm that populates the "new activity" page, so that non-substantive edit activity has less weight than other types of activity? This would put such posts on the front page, but also help to alleviate the problem for less active sites, where minor edits can end up pushing newer, or even substantially edited, questions off the front page for a while.

As a recent example, on https://scifi.stackexchange.com/, a friendly and helpful user went through a long list of Lord of the Rings questions fixing the spelling of certain oft-misspelled words. These edits have taken up about 60% of the first page for the past 8 hours, because our activity on SF&F just isn't high enough to push them off. Many of these are questions that were asked/answered/accepted as long as 4 years ago, making it very unlikely any useful new contributions are forthcoming (though we're probably now get a bunch of bad late answers). 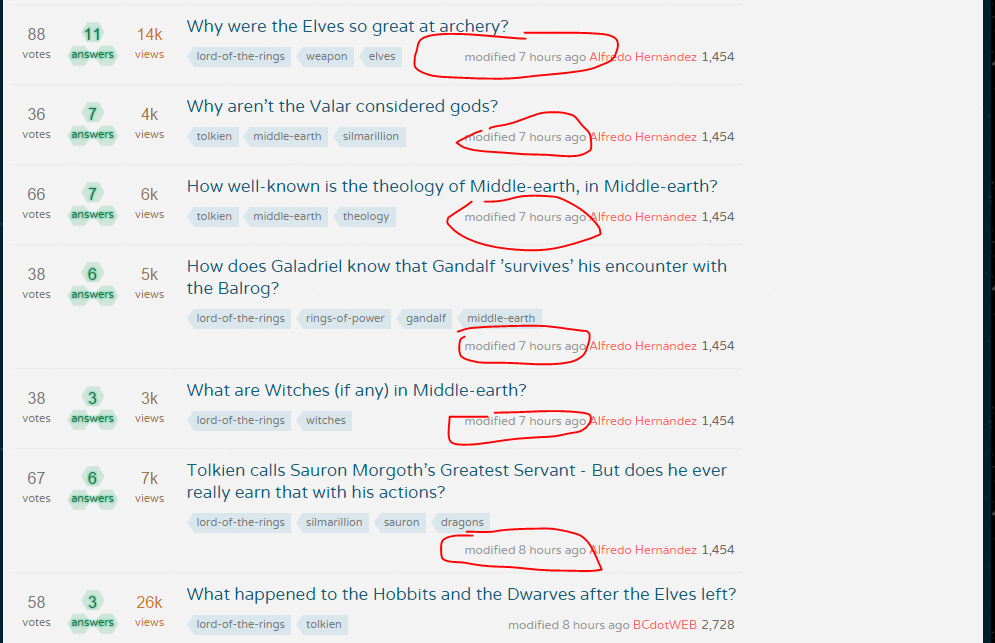 I understand the reasons for putting these back on the front page, but it would be nice if they could sort of "decay" off the page after a few hours of non-movement, perhaps moving down the list every few hours until they naturally fall off?

101
Could we have the ability to mark a change as minor in questions or answers?
30
No notification was received for an edit to a post

60
Is there a way to edit a question without bumping it to the front page?
412
Decision on rejected edits should be displayed as a notification to the editor
93
Allow non-bumping minor edits, but review them on /review
18
Warn or block users from flooding the front page with edits
294
How do we encourage edits to obsolete/out of date answers?