Discrepancy in Stats for StackOverflow's Top Users by Week, Month, Quarter, or Year

There is a discrepancy in members stats (position/ranking) shown for the StackOverflow's Top Users by Week, Month, Quarter, or Year on the Stack Exchange Leagues web page. The listing incorrectly displays the user named "Anand S Kumar" as a "Top User" for the month and quarter period. Whereas, in reality, Anand S Kumar currently sits at the 3rd position (see screenshots at the bottom of this post) as for the monthly and quarterly ranking goes. He is only a top user for the week and that part is correctly shown.

Here is the screenshot(showing the concerned area) of http://stackexchange.com/leagues page: 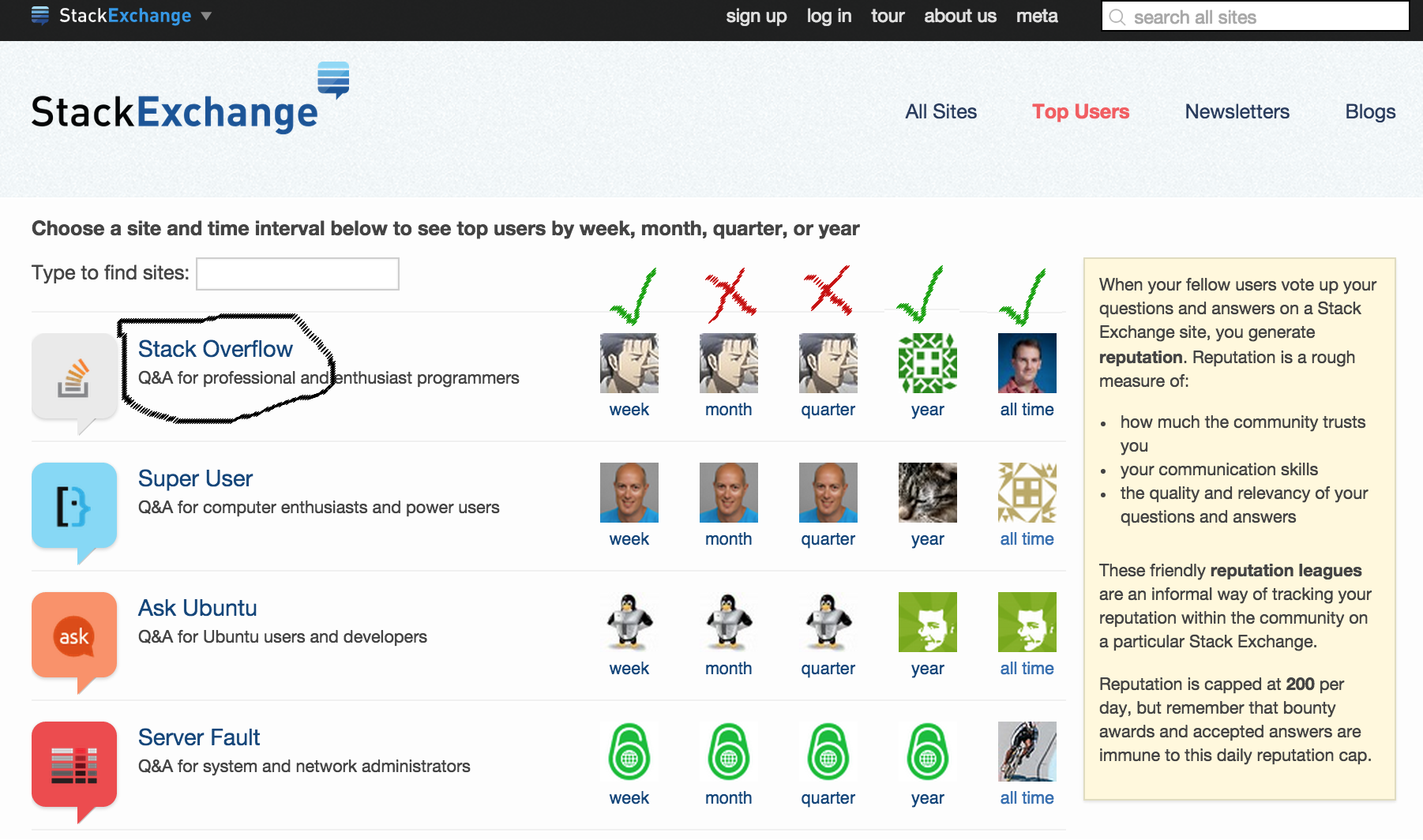 In the above screenshot, notice the two red checkmarks (denoting incorrect) above the user Anand S Kumar's profile picture. You can click on his(and other users too) profile picture to validate the current standing for the given period especially for the month and quarter. And, just out of curiosity (and to confirm too), I checked the other users profiles shown for "Super User", "Ask Ubuntu" and "Server Fault" sites and they are perfectly fine. I wonder why the same logic (assuming that the same program is used to generate the entire "Top Users" page) is not working for the "Stack Overflow" site. Is this a bug? Something is wrong here. Any idea?

The Top User stats page has been updated this morning and I see the following two changes:

User Suriya is wrongly listed as a Top User: 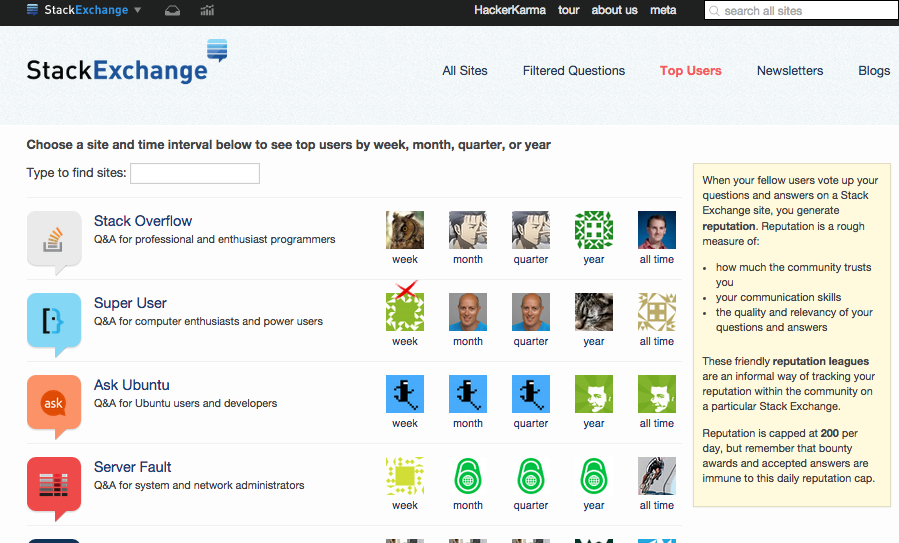 Whereas, the user "user1937198" is shown as a Top User for the weekly rank but I don't see user "Suriya" anywhere on this weekly list at all... Another BIG mystery to solve as in my original question the user "Anand S Kumar" was at least seen somewhere (3rd spot) for the given period: 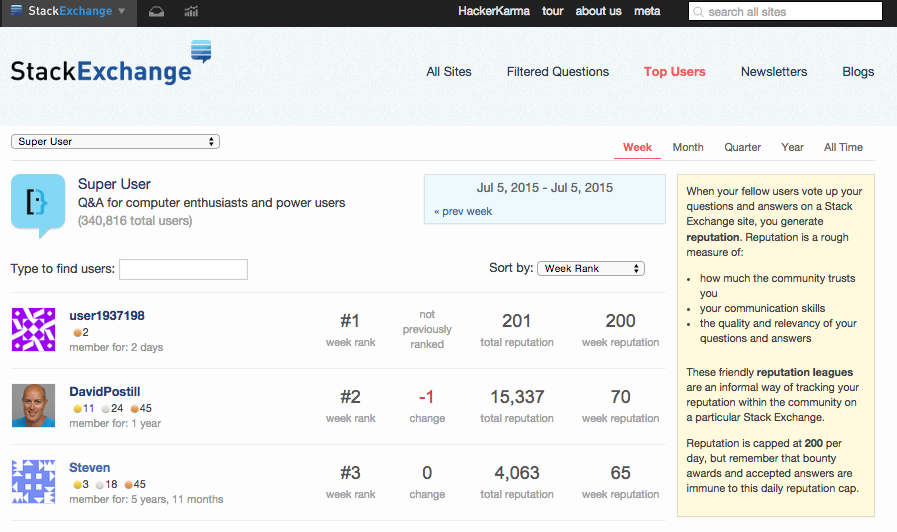 Another thing I noticed, if you check SuperUser.com Weekly Ranking then you will notice that user "DavidPostill" still holds the top spot whereas user "Suriya" currently sitting at 9th and the user "user1937198" at the 8th position. So, why is the Stack Exchange Leagues top user list does not match to actual SuperUser.com top user listing? Here is the screenshot for the reference: 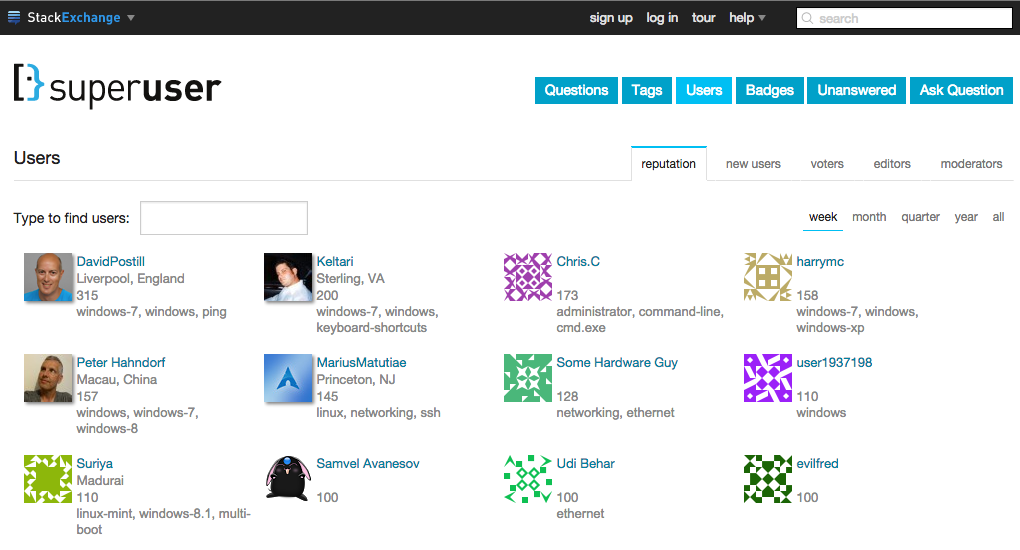 9
What does “Change” represent in the User Leagues?
6
What is the criteria for Top New Users in the User Leagues on StackExchange.com?
16
What determines which bracket is shown in your profile?
11
Why doesn't “Top n % this year” ever appear?