Stacksnippets has the incorrect SSL certificate :(

As discussed here, was prompted to post it as a brand new question, so here it is :-).

Earlier today there was an issue with Stack Snippets, caused by the move to Denver. That issue was fixed, but however created/revealed a brand new issue; the Stack Snippets' domain has the incorrect SSL certificate installed, as confirmed by rene here:

This issue is confirmed by running an SSL test, where stacksnippets.net achieves a fairly absymal 'M' (aka, FAIL): 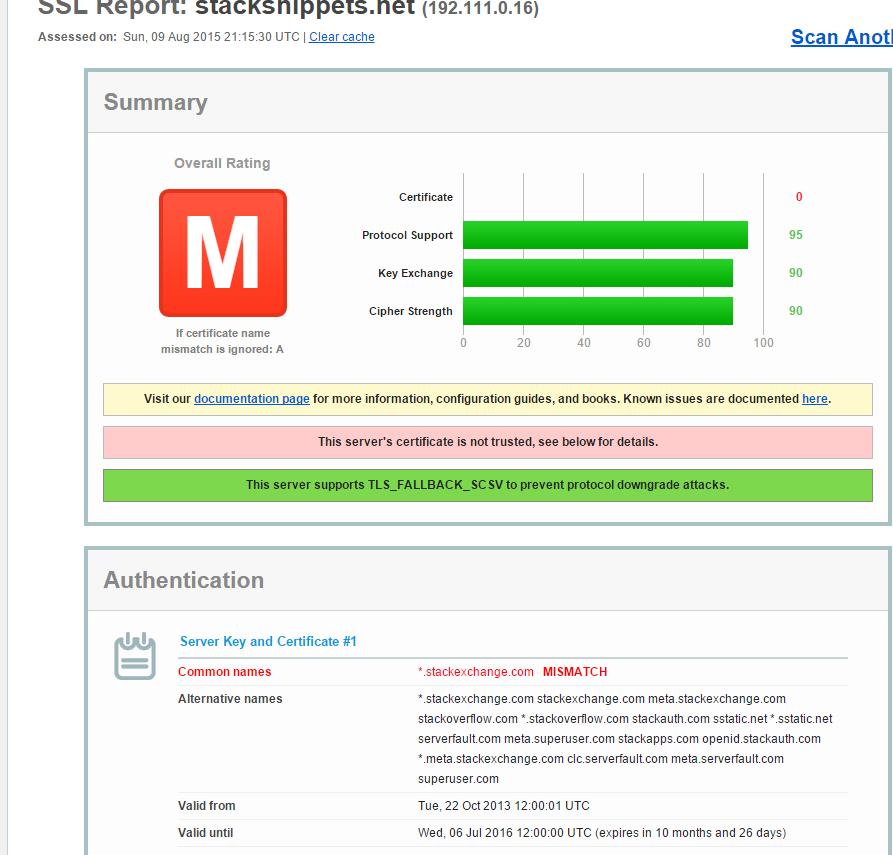 I acknowledge that SSL isn't officially supported, but if so, why is an HTTPS connection being attempted instead of a normal standard HTTP connection? I see no reason to use HTTPS on Stack Snippets; content on the domain contains no private info and stores no sensitive data. 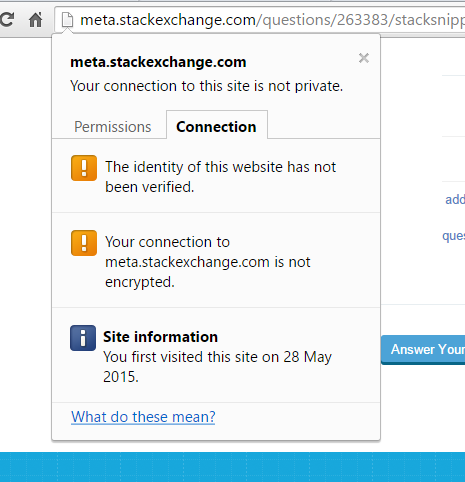 It now has the right cert - an oversight in the DC swap; thanks.

Not the answer you're looking for? Browse other questions tagged bug status-completed ssl stack-snippets .

22
After the move to Denver Stacksnippets.net is offline
2
SSL Certificate Error on stackapps.com

850
Can we have the ability to retract a close vote before it closes?
13
sstatic.net SSL certificate is for an incorrect domain
27
i.stack.imgur.com has an expired SSL certificate
457
Network-wide HTTPS: It's time
76
Let's Encrypt certificate issue requiring urgent renewal