Can the statistics on the 'About Stack Exchange' page be updated?

If you scroll down the 'About Stack Exchange' page, you will find some statistics for the network. 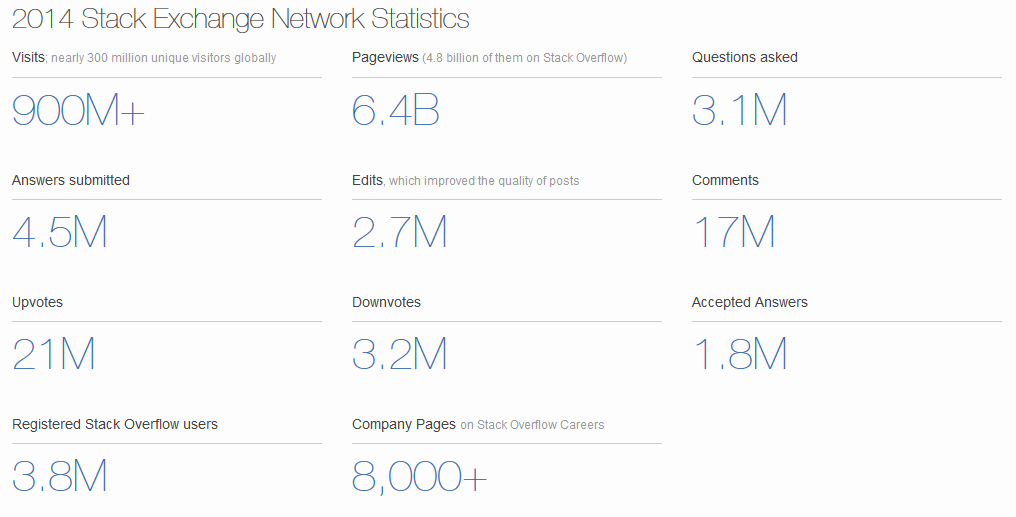 Since these statistics are from 2014, they are… a little bit out of date.

Well, more than a little bit: StackOverflow alone just reached 10 million questions - which means these statistics are already millions of questions off, without even beginning to count those from other sites in the network.

Since the network has reached a big milestone with SO's 10m questions, I think now would be a great time to update these stats.

Some stats that really need updating:

So, can we please have these statistics updated? 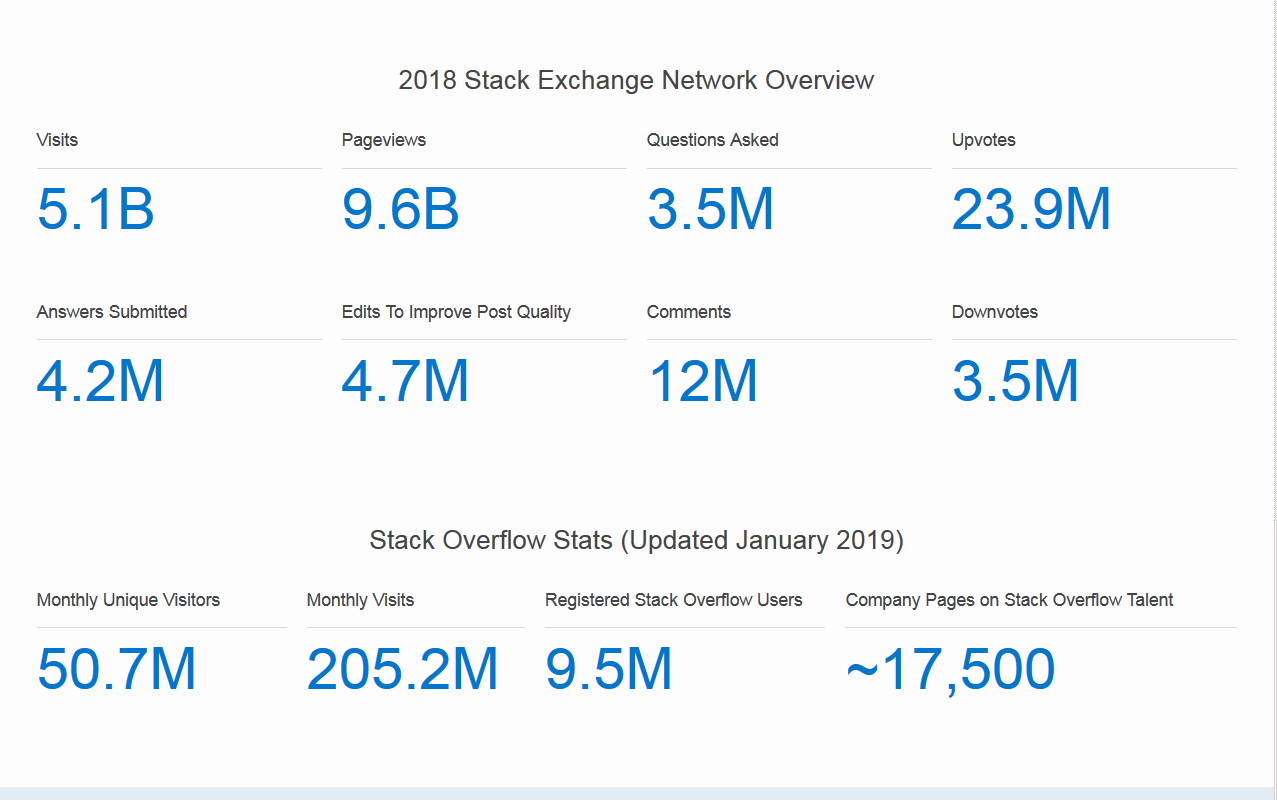 There is nothing wrong with the statistics on this page that I'm aware of, but it does seem like a confusing design error.

I know lots of users, including me, were confused with the way this design was when that page was first launched/redesigned like this. The way the horizontal lines and title category are spaced a user could easily mistaken the number for the title below but not above the number. I think it'd be better to just remove the horizontal separators and put the title closer to the number. There's countless ways to better design this page.

They could have used some bold at least somewhere in the 2014 SE network statistics title.. to make that stand out more.

Same with other stats, only counting those actions that occurred in the year of 2014.

Not the answer you're looking for? Browse other questions tagged feature-request status-completed stackexchange.com about-page network-statistics .

507
How about a “Vote not to close” option to counter the “Vote to close”?
825
Can we have the ability to retract a close vote before it closes?
109
Electorate, Pundit, etc badge progress
307
Don't remove the @ part of my comment
147
Is it time to re-evaluate the Facebook-Stack Overflow partnership?
82
Stack Exchange needs a better way to inform their moderators about feature and policy changes
376
Add an “I don't understand” option for review audits
35
What's with the Japanese SO's stats?
158
Writing.SE clamours for graduation