Association Bonus Should Be Revoked for Accounts Caught “Cheating” [duplicate]

This user was recently caught plagiarising a significant number of answers on both Stack Overflow and on Share Point. Many of the plagiarised answers were deleted by a moderator.

Apparently this user wanted to regain his lost rep so badly that he engaged in voting fraud, and had his answers serially upvoted to the point where he gained an association bonus for all of his Stack Exchange accounts on September 16th: 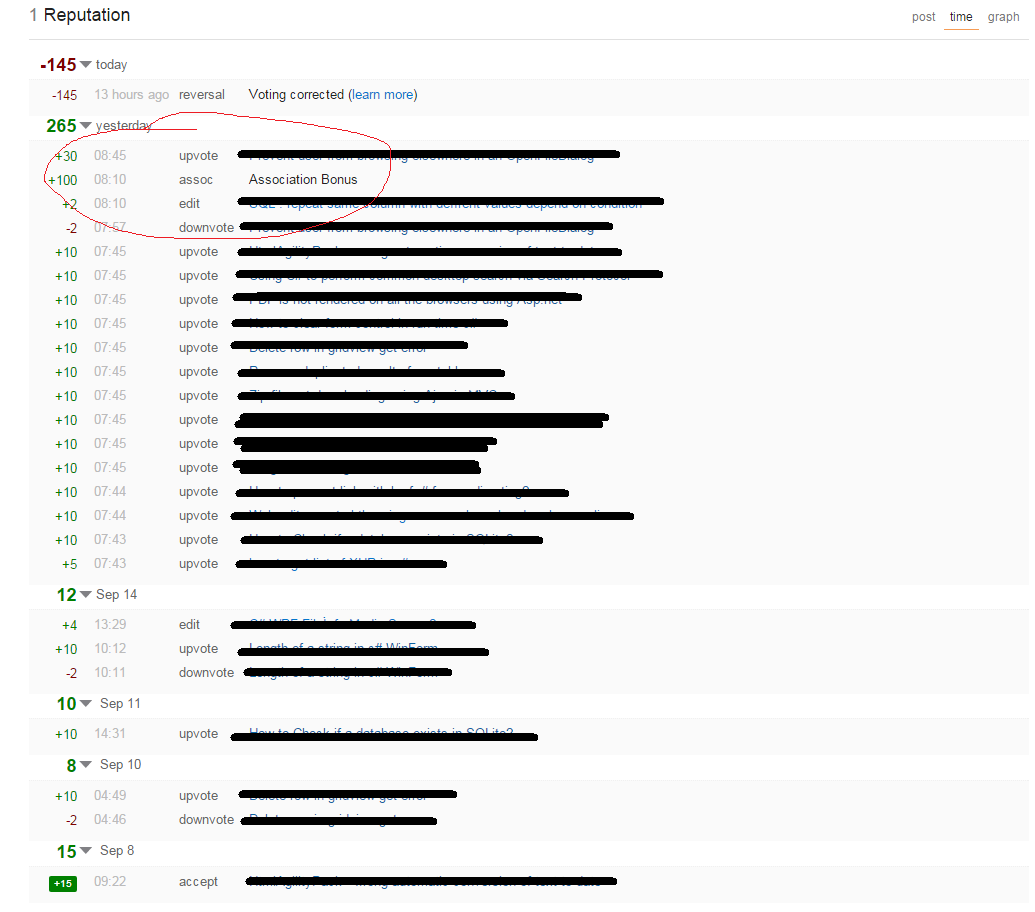 The system reversed the serial upvotes, but it appears that his association bonus remains for his Stack Exchange accounts. The user's SO rep before his suspension totaled about 65 (minus the 100 bonus), while his rep on Share Point only totals 125 (again, not including the 100 bonus).

Additionally, this user's top-voted answer on SP was plagiarised, though a moderator recently edited it to include somewhat better attribution.

Users should not retain association bonus from voting fraud

It is my understanding that the association bonus is awarded to users who "understand the basics" well enough to be trusted with skipping new user restrictions on other Stack Exchange sites.

However, this user has quite literally cheated his way to "earning" his association bonus. He did not, in fact, actually earn it. Yet the system appears to be letting him keep it.

I was about to suggest a change in the system to allow moderators to revoke the bonus, but I suppose that this sort of thing happens infrequently, to the point where it's probably not worth the devs' time to implement such a moderator tool. Would it be possible to just make the appropriate change in the database manually, this one time?

I considered the case that the retention of the bonus might be a known bug, but it does not appear that way to me.

Related: Should association bonus be given to suspended users?.

support reputation serial-voting
Share
Improve this question
edited May 23 '17 at 12:36

827
The Many Memes of Meta
794
What are the badges I can earn on each site, and what are the exact criteria for earning each badge?
562
What is the association bonus, and how does it work?
181
Change rep required to downvote on MSE
9
I just earned the association bonus without reaching 200 reputation on any account
1047
Why is Stack Overflow trying to start audio?
2426
Firing mods and forced relicensing: is Stack Exchange still interested in cooperating with the community?
946
Firing Community Managers: Stack Exchange is not interested in cooperating with the community, is it?