Here is a simple proposal to grant more close votes without any fancy logic. 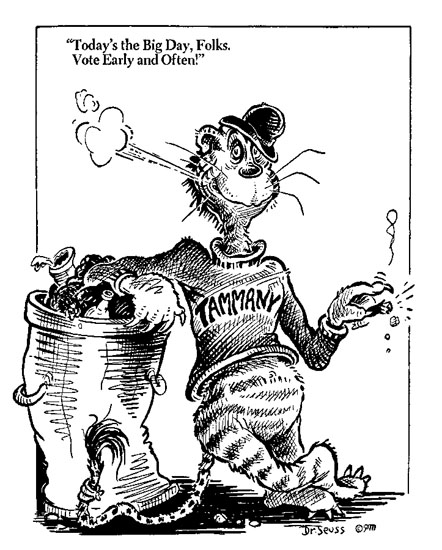 With close votes, upon reaching the privilege you are granted 24 on most sites and 50 on large sites. But then—nada.

I propose that close votes be made to scale the same way that delete votes do. Your initial award should be same as the current one (24 or 50), but then you would be granted another close vote for every 1,000 reps past that.

This sliding daily maximum should probably top out at some reasonable maximum so that Jon Skeet doesn’t end up spending all his time close voting instead of answering. We’d never get to 100,000,000 answers that way.

But to what maximum? More than it is now, perhaps 50 for sites getting below 50 questions per day on average or 100 for those getting above that.

See, I don't know for sure that it makes sense to have a different maximum for large sites than for small sites. Even though I'm sure the 24/50 split must have been triggered by something, I wonder whether it would be good enough just having more close voters as a large site would and have the maximum be the same everywhere, whatever that number is.

Don't worry about the details

The proposed figures given above are all just wags; it doesn't exactly matter what they all are. Maybe the initial award should be 20, or maybe the max by 100 and 200, or 40 and 80. That doesn’t matter. The important idea is that this be made something which scales with rep.

Something vaguely like this has been proposed before, but only in an answer and only roughly. That suggestion was “chunkier”, and had no upper limit for Trusted Users. This one is more fine-tuned to smaller steps, the way delete-votes work.

I support this idea. I'm one of the highest-rep users on EL&U, and I vote to close when I see bad questions. But currently I stay away from the queue for two reasons:

Both circumstances make me cross.

Edited to add a third category

(Access to the close queue should remain at 3 k reputation.)

Let me begin with quoting two of Shog’s comments¹²:

So the funny thing with that is that very few people use all their close votes, and almost no one uses them all regularly... But a fair number of people still hit them occasionally. So there's a big problem increasing the number of votes in response to voting (which is what was proposed there) in that you're not reducing frustration for folks who only need a lot of votes occasionally but you are encouraging burnout for the folks who are already at risk for that... Kinda counter-productive either way.

this is what close voting looks like pretty much everywhere - there are variations, but there's no site where the right edge of the graph approaches the magnitude of the left. As frustrating as this is daily for a few people on a few sites, in practice it simply doesn't matter to most close voters on most days. That doesn't mean it isn't possible (or wise) to reduce the frustration for those few people... but that should be what we set out to do then; anything else will only lead to further disappointment.

As apparently a lot of people are willing to cast a few close votes per day, a better way to tackle big close queues would be to increase the number of people that have some close votes to begin with. Have the number of close votes increase with reputation (as the question suggests) but instead of starting with 24/50 at 3 k, end there.

Users without the close privilege can only flag closeworthy posts they encounter in the close or low-quality queue (similarly for Triage and H&I, AFAIK). By giving them a few close votes, a little bit more weight is put on their reviewing work and they can slowly familiarise themselves with the close privilege. Something similar applies to medium-reputation users who just monitor/browse a site/tag.

By slowly increasing the amount of close votes, possible abuse by users with lower reputation (i.e., less trust) is limited and responsibility increases gradually with reputation.

I am aware that keeping things simple is a central desire, but here are a few more complicated ways to address possible concerns, in particular in respect to abuse:

Make votes cast on tags where there are relevant tag badges only cost a fractional part of the vote pool for a user.

If someone has a gold tag badge and silver reviewer badge, votes within that tag would only cost 0.45 votes.

This acts as an outright grant for people with the close and reopen vote queue badges. Also gives the people who are active within a given tag more ability to cast votes within that tag.

While not extremely significant, it gives a few more close votes each day. Furthermore, since this works with the existing 5 votes to close, it is easier to tweak the cost factors (compared to other proposals elsewhere to increase the vote strength and leading to possible inconsistency of tallied votes at a later time).

Wrzlprmft's recommendation is interesting. I'd suggest the following modified form:

If the queue size fluctuates wildly it may be more convenient to simply let people "borrow" their close votes from tomorrow's or next week's vote allowance:

How about we just ban new questions from <5k rep users until this is sorted out?

Then, with a clean slate, open it back up again whilst coming down hard on off-topic posts using the dupehammer and a closehammer feature, to stop the queue getting out of control in the future?

580
How does "Reputation" work?
934
Why aren't people voting for questions?
339
Distinguish close votes by reason
541
Recent Reputation History Changes
1262
Don't throw away all votes when a user is deleted
59
Let me choose when I use my close votes
2805
A Terms of Service update restricting companies that scrape your profile information without your permission
2528
Firing mods and forced relicensing: is Stack Exchange still interested in cooperating with the community?
2294
Stack Overflow is doing me ongoing harm; it's time to fix it!
190
Testing three-vote close and reopen on 13 network sites