Do self-answers count in the Hot Network Question formula?

Related: How do the “arbitrary hotness points” work on the new Stack Exchange home page?

I'm new to the Hot Network Questions game (the site on which I am most active recently had it turned on), so I would have thought this question had been addressed already, but my searches both locally and on Google have failed to provide me an answer.

Since then, I posted a question with a self-answer. In my case, both question and answer were heavily upvoted (at least in comparison with the site average), however, no other answers were given.

Running the numbers of my post through the formula in the above linked Meta post, and comparing that number to the values that served as the threshold for the previous HNQs, it appeared that my question should have made the list easily.

So I'm curious: did I make a calculation error, or not account for some variable not included in the formula? Or does the HNQ formula discount or disqualify questions that have only a single self-answer?

Update: This question, also with one answer, currently has similar scores to my question after the same amount of time, and it does appear on the HNQ list.

There is nothing in the code that special cases questions with self-answers. However, the formula does reward questions with multiple answers (up to 10). As a result, an excellent question that already has an excellent answer tends to be hampered in the first term of the numerator. Questions with one answer also are hampered by the second term since it sums the score of all answers. So a question that gets two solid answers has an advantage over a question with one, all other things being equal.

In addition, self-answered questions tend to get fewer question votes than other questions, in my estimation. Often that's because the question is asked in a way that sets up the self-answer rather than prompting more answers. They are, in a literal sense, rhetorical.

As to why one question with a high score might be chosen and another not, there are several other factors in play:

So to answer the question, self-answers are treated like any other answer in the code, but might have non-technical handicaps.

I currently see a self-answered question on the HNQ list: 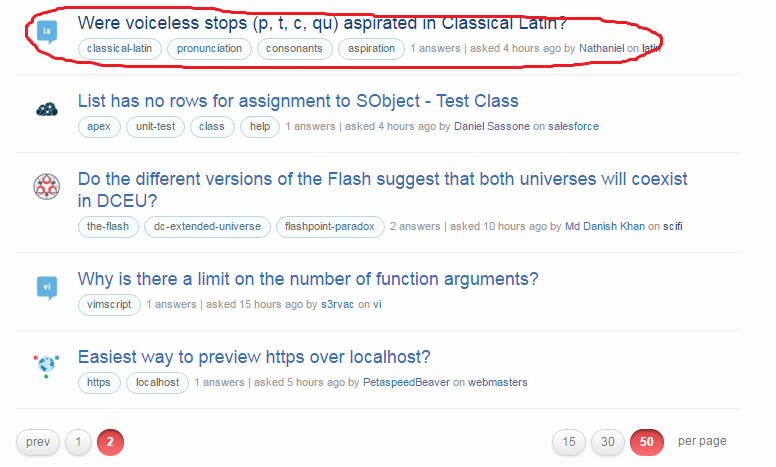 The difference between this and previous self-answered questions I have seen with sufficient votes is that this one was not self-answered at the same time as it was asked. By posting the question and answer separately, an apparent caching issue is circumvented and the question can appear in the HNQ list.

Not the answer you're looking for? Browse other questions tagged discussion self-answer hot-questions .

106
What are the criteria for questions to be selected for Hot Network Questions?

202
What formula should be used to determine “hot” questions?
70
In “network hot” questions formula, discard answers when voting evidence indicates that these are not good data points
109
What is the Goal of “Hot Network Questions”?
489
How to avoid “Hot Network Questions” on the sidebar
114
At smaller sites, penalize hot questions having 3-4 close votes
819
Net Neutrality and Stack Overflow / Stack Exchange
370
Updating the Hot Network Questions List - now with a bit more network and a little less “hotness”!
328
Let's take a look at the interaction between staff and the “power users” of the network
1800
Stack Overflow is doing me ongoing harm; it's time to fix it!
461
To reach out: on Monica, the Lavender community, and the future of the Stack Exchange network