Does activity on stack exchange increase during the Winter Bash?

Hopefully this is the right place to ask:

Does activity on stack exchange increase during the Winter Bash?

I'm guessing this possible using http://data.stackexchange.com, but I couldn't find any existing query across all sites that would do it. I'd think the mother-ship would know the answer.

"Activity" is open to interpretation, but I was thinking of any of the following:

Judging from the site analytics, definitely yes here on Meta.SE and for the first few days, but other sites are not so clear.

Following are the graphs from Meta.SE for Nov 1 through Jan 31 in each of the last three Winterbashes, plus 2011 for comparison. (Winterbash began in 2012.) 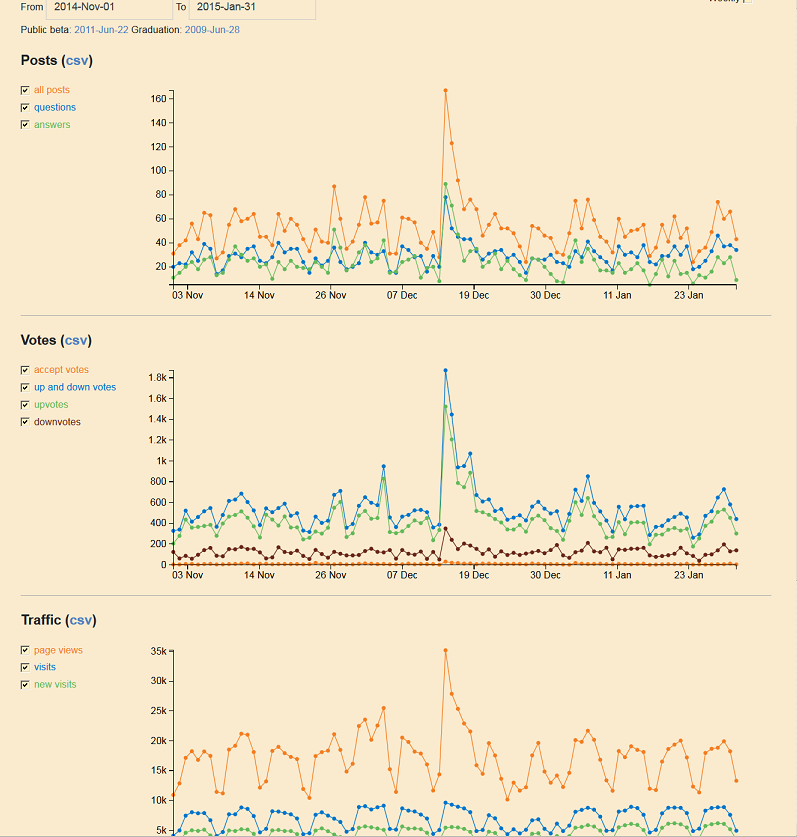 Traffic stats aren't available for earlier years (or at least weren't when I looked), so the rest of these will show only posts and votes.

There are two bumps in 2013. I couldn't find the exact start date for Winterbash that year: 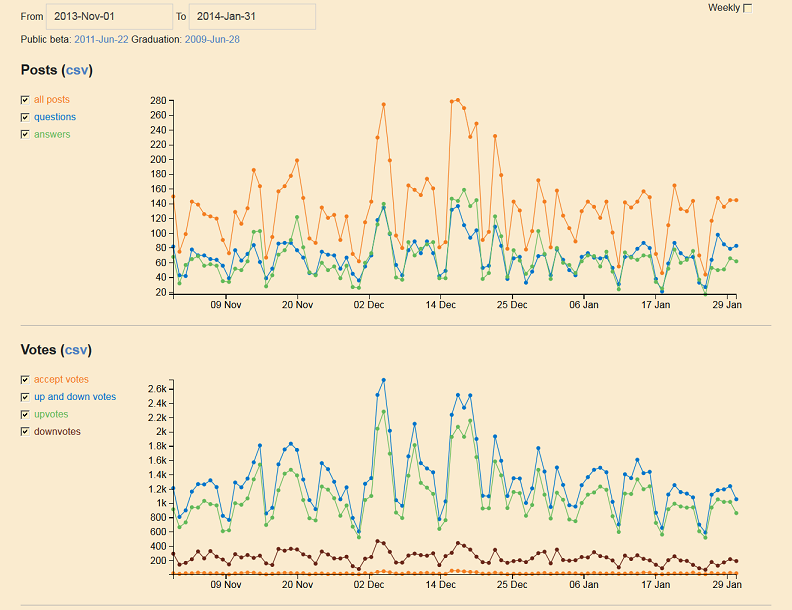 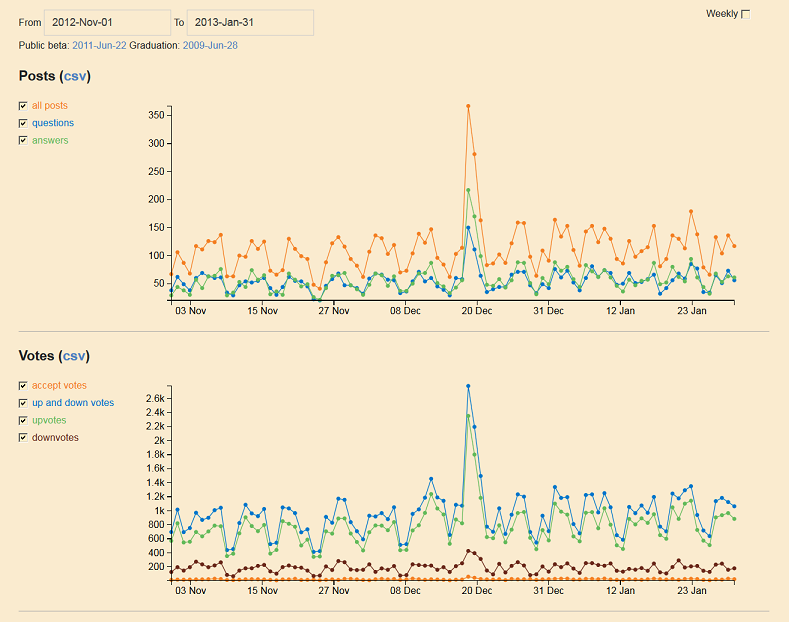 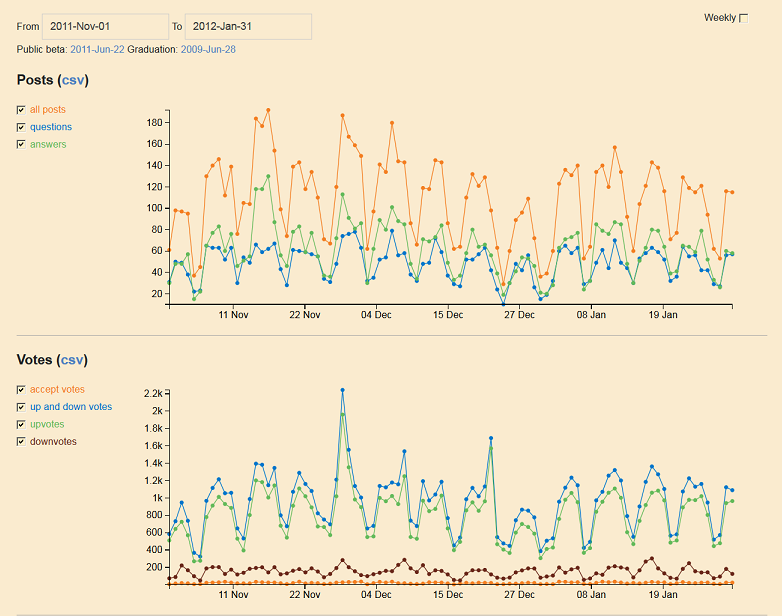 I chose Meta.SE because, anecdotally, this site seems to be the largest attractor of Winterbash activity -- if it didn't show up here it probably wouldn't elsewhere. So I checked another active site where I have access to analytics, The Workplace, and found a very different pattern. Here's last year's report: 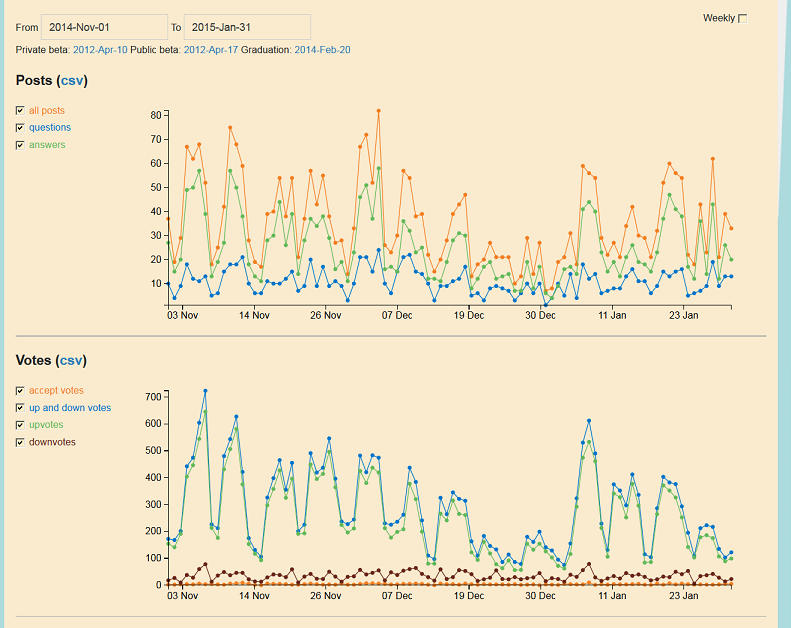 The effect on Mi Yodeya is similar. The other sites where I have access to site analytics are smaller and might not be good indicators.

Not the answer you're looking for? Browse other questions tagged discussion statistics winter-bash .

4
What's the point of getting hats at the end of the year?