I like the fact that when I click the "show more comments" link under a post, that the previously hidden comments flash their backgrounds when they appear. I believe this flashing behavior is a relatively new feature.

And now on to my feature request - Can the backgrounds on the expanded comments permanently retain the flashed (highlight) color? This would make it easier to tell which comments were just expanded.

So if we look at this example image, we see the initial comments with a white background, and the expanded (previously hidden) comments permanently highlighted: 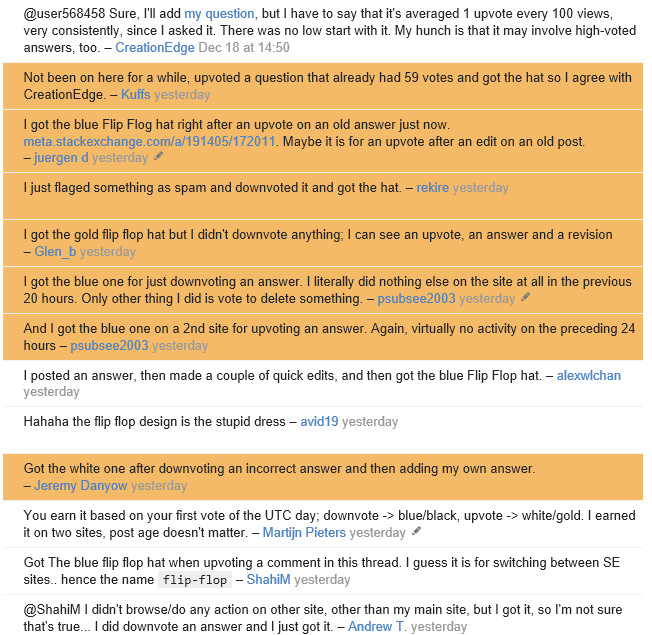 Perhaps the highlighting could fade away MUCH slower if it HAS to fade for some historical UI policy reasons. It could even fade away in proportion to the number of comments or the character count that were highlighted.

The fading animation could be kept, but instead of fading to pure white, it could fade to a light-greyish colour, since whether comments are hidden in long comment areas seems to be determined by the amount of votes they have (and its helpfulness).

88
Let's make it easier to reply within comments!
22
Highlight our own comments, too
3
Slightly darker background color for code blocks
412
Decision on rejected edits should be displayed as a notification to the editor
169
Make first draft of a new answer part of the permanent revision history
385
Add an “I don't understand” option for review audits
261
Let's hold language in comments to the same standard as posts
92
Please revert the quote background from white to yellow