With the recent update of the post timeline page coming out today, I've noticed a bug in Firefox.

You'll notice that the timeline shifts to right-alignment when the post preview is displayed, instead of staying left-aligned. This is true for any type of edit (post, tags, etc.).

I'm assuming this is a bug and that the timeline should not be jumping around the page like this in Firefox, since it doesn't do this in Chrome. Visual examples: 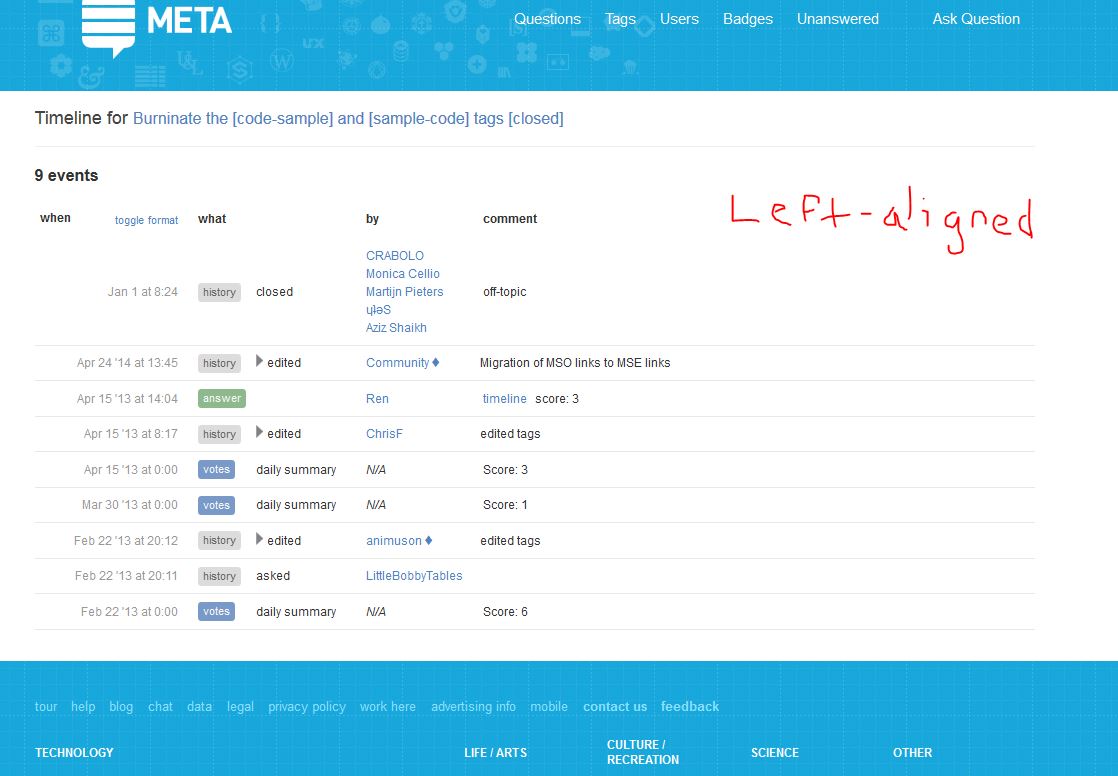 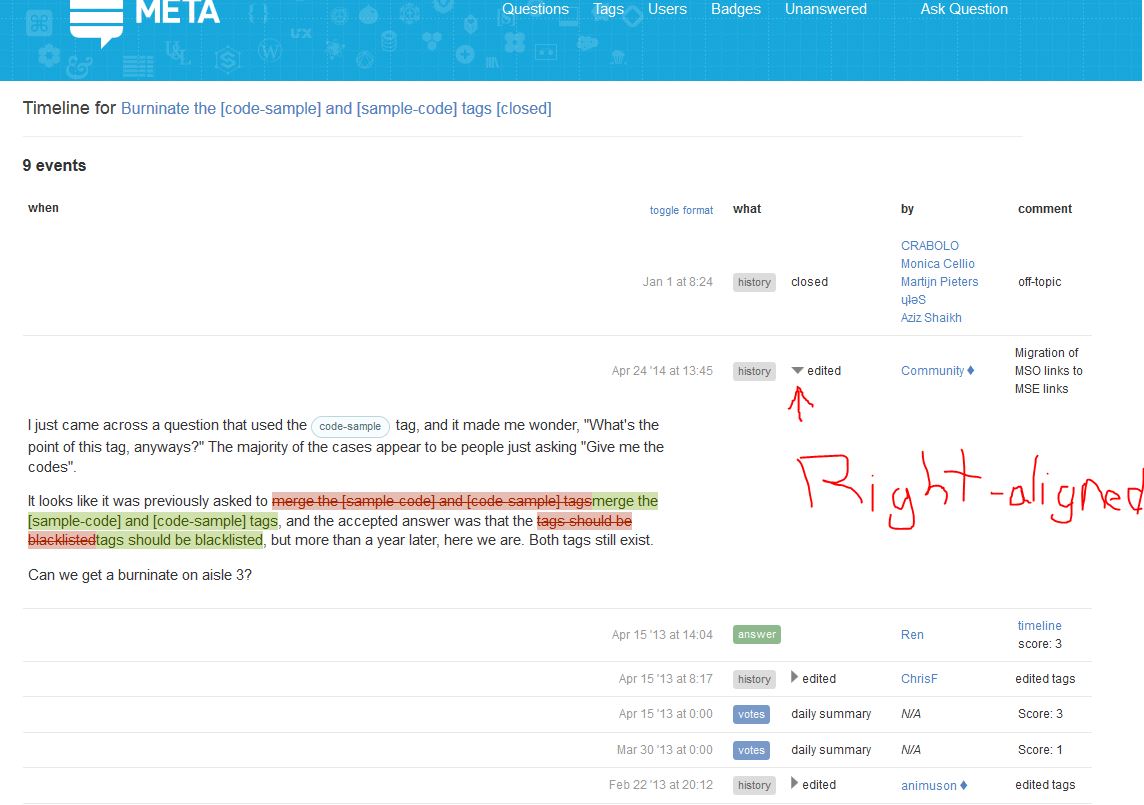 We all love Firefox's rendering engine quirks. Especially when they break jQuery's toggle().

(kudos to bobince for the correct solution)

Pinpointed. The parent row is being set to display: block via an inline style, so it isn't being rendered as part of a table anymore and colspan gets completely ignored on the cell. Things just kinda break, badly, when you try to put a block directly inside a table like that. Removing that style seems to fix things.

Chrome seems to simply remove that style declaration and ignores it on its own (leaves an empty style attribute), which is why it gets rendered correctly there. But you can break it manually (exact same rendering as Firefox) by reintroducing the display: block as an inline style.

Will poke someone to fix.

Not the answer you're looking for? Browse other questions tagged bug status-completed design firefox timeline .

5
Profile dropdown bug
147
Add a link to the timeline of a post
8
Privilege highlighting flips back and forth without moving mouse
21
New timeline enables anyone to see any deleted post without checking their privileges
16
Should the new timeline view show links to review items?
2
Extra spaces in the timeline page
7
Minor alignment issue in improve edit popup window
561
We're switching to CommonMark