Can the list of reasons for “Temporary Suspension” be updated to properly reflect all current reasons a user might be face suspension? [duplicate]

First, I’m suspended for 7 days (beginning today) from the “Science Fiction and Fantasy” site. I have no issue with that. But the reason given is as follows; screenshot linked for transparency of interaction:

Extensive deletions take a lot of effort to repair. I have placed your account on hold for 7 days while I reach out to you to avoid any further misunderstandings. Once this matter has been resolved, your reputation score will be restored and your account will resume as normal.

Okay fair enough. My attitude? “Eh…” I’m “beige” in my feelings about this since I’m essentially gone from that site anyway for various reasons not worth elaborating here. So my one sentence response to the note was stated simply and honestly:

I truly was not aware my decision to deleted some content would result in a response or suspension like this but hey… Like I said. I respect. Live and learn. Moderators are ultimate curators of content and without content what would Stack Exchange be? Fine.

But the purpose of this post is to highlight the fact that while my “Science Fiction and Fantasy” profile shows the following text; screenshot linked for context and future reference 7+ days from now:

This account is temporarily suspended. The suspension period ends in 7 days.

Okay, fair enough. I have seen that message on accounts across Stack Exchange in the past and understand that rep gets rolled back and that’s fine. But looking at the content of that 2009 post from Jeff Atwood titled, “A Day in the Penalty Box” none of the reasons include the reason I was put in the “penalty box”: Self-deletion of content. See screenshot of the list of suspension reasons that dates to 2009 for reference.

Can the list of reasons for “Temporary Suspension” be updated to properly reflect all current reasons a user might be face suspension?

So knowing that—and knowing clearly I’m not expecting any of this to change within the window of my personal 7 day suspension—but perhaps either one of two of the following things should be fixed:

Past discussions seem contradictory on what suspension summary policy/practice is in 2015 versus 2009.

Also, past discussions are quite confusing on this. This meta answer here states the message specifies reason which it doesn’t; bold emphasis is mine:

During the suspension period there will be a one line explanation that the user is suspended, with a reason (such as "voting irregularities"), which will be different depending on the suspension circumstances. That is all that is available to most users.

And then this post states the reason is intentionally vague; bold emphasis again is mine:

There's an intentionally vague suspension reason at the top of the user's profile while the account is suspended.

But then the linked meta post from Shog9 in 2009 seems to completely contradict that and actually agrees with what I am suggesting. Unless I am misunderstanding Shog9’s post? The accepted answer agrees to an introduction of a list of public reasons; maybe “to cool down” should fit my case but is clearly not being used? How about adding “disruptive content removal/interaction.”

Also, here is a post script that made me laugh: My efforts to delete my own posts from the meta “Science Fiction and Fantasy” site—which now has rewarded me with a suspension—has also rewarded me with a “drumroll please” “Disciplined” badge!

So if I have been suspended due to deletion of content, I’m suspended but ultimately still rewarded for the exact actions that led to the suspension? 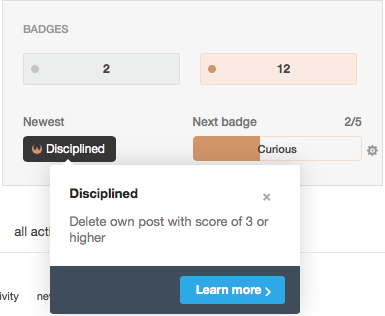 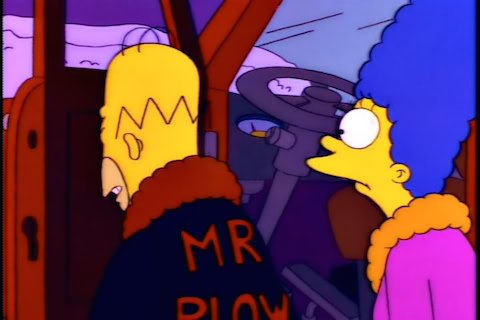 The post from Shog9 you reference is a feature request that is now implemented. It replaces the 'user is suspended' message with a more meaningful, yet not too detailed message, all in the list that Marc sums up.

To me, that is enough explanation. Regular users know that 'cooling down' is most of the time rage quitting and defacing, or a bad attitude to the community. That is enough, we don't need to know what exactly you have done. As Shog9 says, you can't defend yourself, so it is not fair to have an extensive message on all you have done wrong.

The message is clear enough in my opinion, and don't need more words. Just do your time, and we are all fine... The badge is just fun, and probably gives away what you have done wrong. But still, the system doesn't know all that, so it just awards the badge. I wouldn't mind too much.

(By the way, I like your constructive attitude through all this!)

You're looking at your meta profile, the main site profile has the short suspension reason, "to cool down" in this case. Not sure if this is a bug, or simply a consequence of the synchronization of the user profile from main to meta sites. This fits the suspension reason well enough that I don't see any need for a more detailed public reason.

Not the answer you're looking for? Browse other questions tagged discussion support account-suspension .

198
Avoid the Streisand Effect - be clear about the reason when suspending an account
7
Is it possible to find out reason of suspension for another user?
-10
Temporary Suspension Reason

830
The Many Memes of Meta
432
A site (or scraper) is copying content from Stack Exchange. What should I do?
2779
A Terms of Service update restricting companies that scrape your profile information without your permission
287
Why we don't keep public records of suspensions
2434
Firing mods and forced relicensing: is Stack Exchange still interested in cooperating with the community?
949
Firing Community Managers: Stack Exchange is not interested in cooperating with the community, is it?
569
Change in roles for Jon Ericson (leaving SE)
225
Improved experience for users with review suspensions