If the Android App is started without internet, it shows the loading circle forever

If I start the Android app without an active internet connection, it just shows the spinning loading circle animation forever: 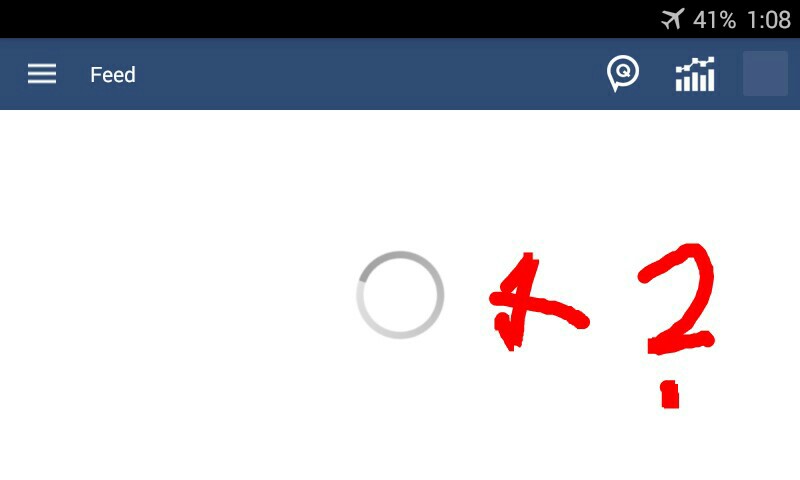 I think it should do something more helpful, such as showing a message that internet is needed, or maybe showing a cached (and potentially old) version of the feed instead of nothing. (Showing a cached version would also allow offline access, as well as speed up starting the app when internet is slow or flaky)

The achievements panel also has the same problem.

I've found that if the app has been launched before (with internet, in the last few hours or so), it will show the blue "Loading SE sites" screen (even without internet), and then go to the feed (it must be caching the list of sites or something), and then it will have the problem described in the question. If it is launched for the first time without internet and has not been started for a while (~12 hours or more, not sure) it will show an "Internet required" dialog at the "Loading sites" screen.

I've also found that of you go to Ask Question, enter a title and some body text, and then hit "preview", all without internet, it will show you a completely different question title in preview area than what you entered, with a blank preview area. An "Internet required" dialog might be a good idea here too.

First pass at fixing this is in any version greater than 1.0.80, currently only on the beta tier.

I fixed the regression that was causing the infinite spinner to show if you opened the feed without any internet connection. This now properly tries to show a older page of the feed (if it has one), and shows an error message. I want it to also have a nicer empty state than just a blank white page (aka this proposal), but that requires more thought than I can give it right now.

Not the answer you're looking for? Browse other questions tagged bug status-completed android-app page-load .