I was a big fan of Jon's approach to wrapping up Winter Bash last year, pairing the traditional blog post with a deeper dive here on meta. So I'm stealing it continuing to implement a successful feature. First, though, for those who haven't seen it yet: this year's wrap-up blog post.

There just wasn't enough room in the blog to include all the hat awarding numbers, so here they are, by popular demand. "Users" counts each hat only once per human being (or, more accurately, set of linked accounts), so for example, if you'd voted on both Bicycles and Raspberry Pi on Christmas, the "Total" count for O Tannenbaum would increase by two but the "Users" count would increase by just one.

During the hat inventing phase this year, when I came up with the "everyone on the site gets a hat" idea, I was hoping that it would foster some friendly competition between sites to see who would "get Oprahed first." Sadly, it didn't really happen, but in preparation, I had balpha build in some extra stats before the event.

You saw the results on the blog; some sites were carried by "one-man-armies" who earned nearly 20 hats single-handedly, whereas others got the hat through team efforts of many people who each contributed a few different hats for the cause. Here's the full list:

The especially analytical among you may have noticed that a version of the set cover problem applies here. I'll let balpha explain:

Please note that "Users" [the number of users needed to earn the hat] is an approximation. Finding the guaranteed minimum group size is an NP-hard problem, so it is possible that the actual number could be lower. (If you're interested in the details: The set cover problem on Wikipedia. We're using the greedy algorithm described there.)

Josh Crozier's technique for earning Vote Early, Vote Often was especially noteworthy, so here is a note. Most users didn't earn that hat until the seventh day of the event at the earliest, because it required casting 250 votes, and there's a 40-vote-per-day limit. He got it on Dec. 17—the fourth day after the hats were unveiled—by casting several votes on posts that were later deleted and still counted towards the hat but not the daily limit.

Problems and thoughts for next year

Overall, I think it's safe to declare this another successful Winter Bash. We brought joy to tens of thousands, we're left with plenty of hilarious/embarrassing photos of people in crazy hats and we didn't lose too many pieces of furniture.

That said, there's a lot of room for improvement. The biggest problem with Winter Bash continues to be the amount of negative behavior it generates from people who are trying to collect as many hats as possible. This was especially clear last year, so I spent dozens of hours this year trying to ensure that the hats encouraged positive participation.

That meta post covers most of the intent, but not the execution. Many of the hats this year had checks built into the triggers designed to reduce the impact of "gaming." A couple of examples: users couldn't get Melpomene by merely voting to close a post; the post had to actually get closed (meaning that close-voting randomly wouldn't work, and only valid close votes would lead to the hat). And merely posting any old self-answer wasn't enough to earn Do it Yourself; the question and answer each had to reach a score of three (in other words, they had to actually be good posts).

Unfortunately, my best efforts weren't enough. While there were many instances of good behavior rewarded by hats, we still saw too much of things we didn't want to, like users begging for votes on their posts in chat (sometimes under the pretense of doing "science" to figure out secret hat triggers); the casting of some questionable votes and submission of some very minor edits that were pure hat-grabs; and even a few posts made that had no value to the site and existed solely to make it easier to get certain hats.

Accordingly, the community produced a number of complaints about hat-motivated poor behavior, perhaps most notably with regards to Greeter on Stack Overflow. This reinforces a common lesson from Stack Exchange history: some portion of the population will always try to take the path of least resistance to "win" any gamified system, regardless of the intent or design of the system. The effects of this are amplified during an event like Winter Bash that has time constraints and a more party-like atmosphere built in.

I don't have the specifics handy, but I'm reminded of a story I once heard about a company trying to design a medical implant. The research team had gotten the device doing mostly what it was supposed to, but there was a snag: after the device was put in the body, clots would form inside it and gum up the works. The researchers tried to fix this by making the implant's surfaces smoother and smoother, so that clots would have no place to start forming, but the best they could do was delay the point when problems started. Eventually, they tried a new approach: they made the interior surfaces rough, encouraging clotting. After some trial and error, they got to a point where the clots formed quickly, but in a shape that didn't obstruct anything.

I'm thinking that a similar approach might be good for future Winter Bashes. Instead of trying to find a magical set of hat triggers that can't be gamed, or optimistically hoping—as I did this year, before the event started—that users would stop to consider the positive behavior the hats were trying to encourage before trying to earn them, maybe we could instead work on coming up with triggers that allow for competition but don't harm the site in doing so. What, exactly, would those triggers look like? I don't know, but fortunately it's a while yet until Winter Bash 2016 starts.

That covers the big picture, but there are still a few things left. A handful of hats caused a disproportionate amount of complaints. Hairboat's Revenge was one, because people couldn't see the positive value in it… mostly because there was no positive value in it, and it caused a lot of noise. That was intended to be a fun joke, mostly for us on the team, but we've gotten as much mileage out of it as we're going to and Jon has said that the hat won't be returning. Archimedes also caused a lot of angst, mostly because there was no clear etiquette or procedure for guessing. To make things worse, we on the team handled it poorly. It was already on double-secret probation from last year, and it's all but certain that we won't be bringing it back next year.

Sun Wukong was, somewhat ironically, controversial, because people who wanted it couldn't figure out how to get it. It was actually one of three hats associated with ongoing meta things, specifically the Insightful badge request (full disclosure: I requested it, years before I started working here). Flying Tiger was basically a remake of last year's Red Baron, which has also been requested as a badge. And Copernicus was something of a test for the bad answers in top spots project.

I haven't gotten the detailed numbers yet—I hope to do it later this week, assuming nothing bigger comes up—but my feeling is that at least for Sun Wukong, the test was useless because the requirements were too low and too many people earned the hat through gaming, and for Flying Tiger, the test was compromised because the trigger was not publicly revealed until nearly the end of the event.

By now, the most pedantic among you are probably thinking "this is a 'question' post; what's the question?" I approve. And fair enough. Here's a question: what are your thoughts on how this year's event went? NB if you want to make a suggestion for next year, there's already a community-generated ideas for 2016 meta post you can use instead, and if you want to know more about how this year's hats got their names, I did finally finish writing up that FAQ.

I collected and received far too many screenshots to share them all in the blog post, so here's page two of the 2015 yearbook! 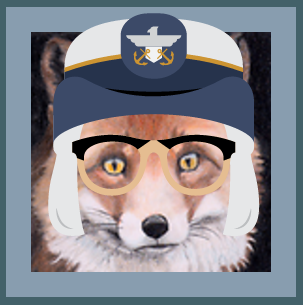 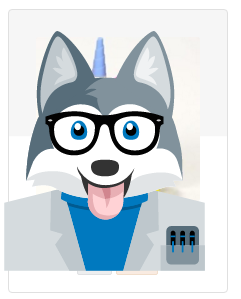 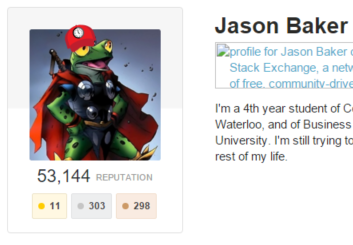 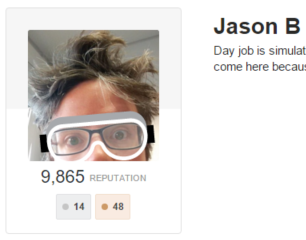 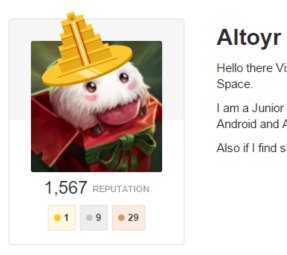 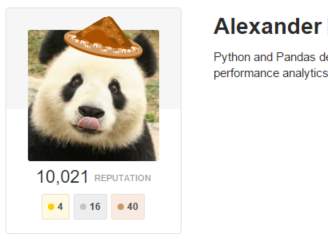 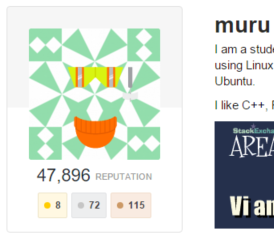 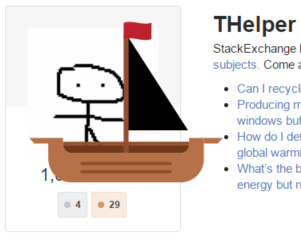 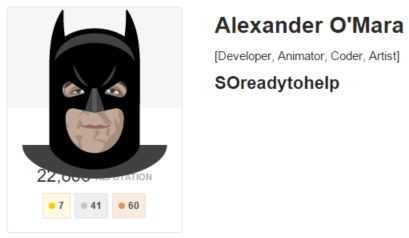 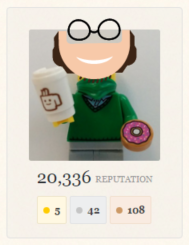 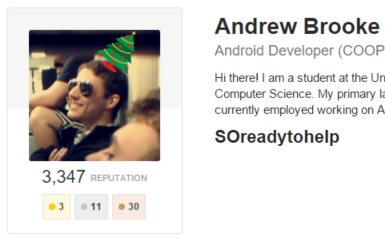 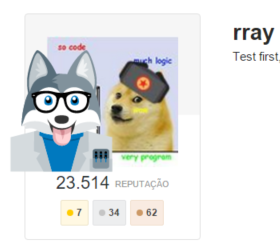 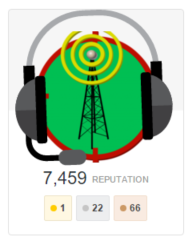 Have a great spring, summer and fall break, everyone! See you again in 49 weeks!

43
What should we do for Winter Bash 2016?
111
Let's move some negatively scored answers from the top spot
45
A list of what each of the Winter Bash 2015 hats are named after
53
Should we make the Red Baron hat trigger a permanent badge?
22
Winter Bash 2017: When will it start this year?
29
What positive behavior is each hat encouraging?
28
Can we have a 2016 Winter Bash wrap-up with stats?
31
Meta sites should have a badge for insightfulness/controversy
19
Winter Bash 2014 post-mortem
18
Do we have comparative statistics for Winter Bash 2019?
See more linked questions