The following screenshot, taken 37 minutes after the start of a chat event, says it all: 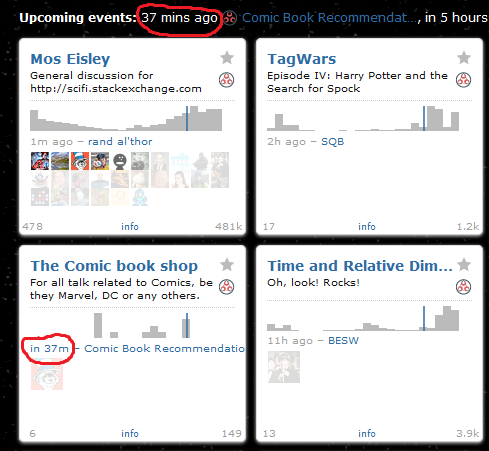 The event "Comic Book Recommendations" was scheduled to start 37 minutes before this picture was taken (as confirmed by the "Upcoming events" list at the top), but on the room itself the event is listed as starting "in 37m", which sounds like it means 37 minutes after the picture was taken.

24
Back to the future
83
Alert only people that have been in the room recently for chat events
8
When does chat show a timestamp in the posts?
6
StackExchange Elections can't count(down). Can we teach it math?
4
Review overview shows two suggested edits for a long time, but the review queue is empty
22
What are chat events and how do they work?