In theory, hot questions are intended to be a buzz feed like list of "neat stuff from across the Stack Exchange network."

Could we get them to age a little bit faster? It gets rather boring seeing the same question for an extended period of time.

As I'm typing this, I see on the side a box with a question that I've seen before. 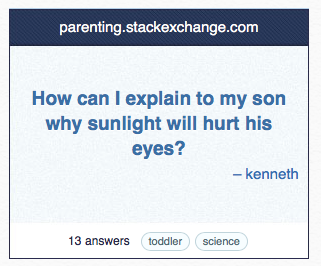 This question, when going to the original site:

This is really getting old. Yes, it has 1000 views/day... but I've seen it for two weeks show up on the side. Surely across 152 sites, there has to be something that has only been around for a few days that would do better to provide a continuing interest in the other sites on the network rather than continuing the display of a post that was community protected (deleted posts? new user answers?) a week ago.

Make it something fresh to look at rather than something that makes me wonder about blocking them.

From an answer there

Apparently, these aren't 100 year floods. They're about monthly occurrences.

This is now effectively status-completed.

After this set of changes, questions are only given three days of exposure on the hot network question list:

Questions will age out of the list after being on it for 72 hours.

There's a sense of fatigue with some of the questions that live on the HNQ list for long periods of time. To combat that, we'll remove questions that have had their day in the sun (or three days, anyway) to make way for new questions. Three days after a question is added to the HNQ list, it becomes ineligible and will be removed. This won't create a history event for now but it's something that we'd like to add in the future.