While reviewing a question in the close vote queue on Board Games I noticed an issue where a suggested duplicate was already closed as a duplicate of question I was reviewing.

What should happen if two questions get into the close vote queue to be closed as duplicates of each other?

This question was suggested to be a duplicate of Circular duplicate link allowed but that is showing this as a fixed issue from 2013 (has status completed tag) and there appears to be something new that is allowing for questions to be suggested duplicates in circular logic again. 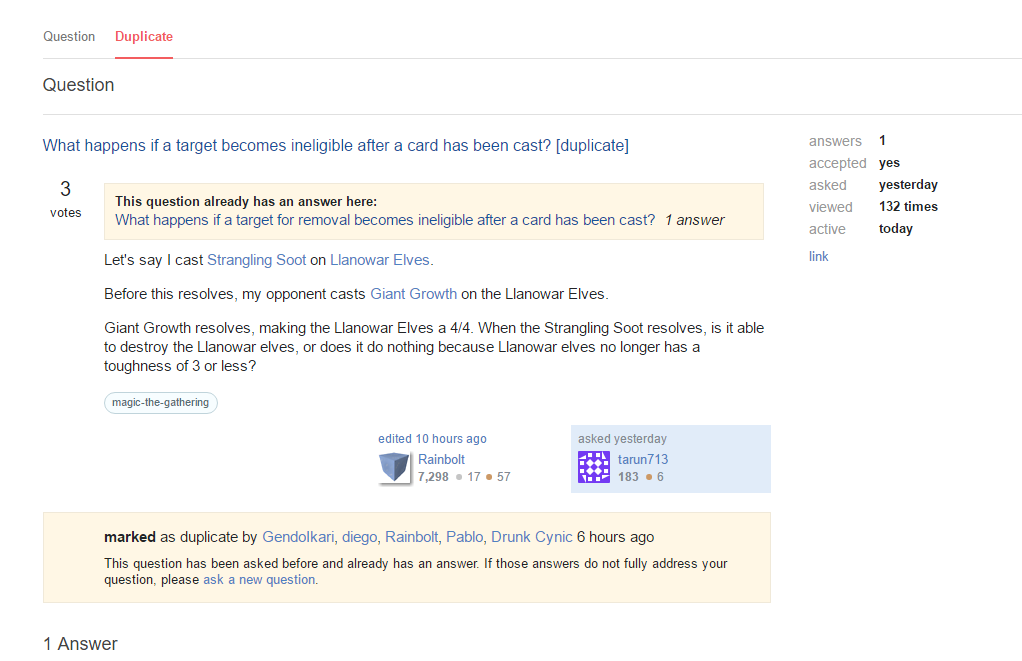 18
Circular duplicate link allowed
11
This closure would result in the 'duplicate of' navigation only leading in a circle, except it wouldn't

514
How about a “Vote not to close” option to counter the “Vote to close”?
832
Can we have the ability to retract a close vote before it closes?
308
Distinguish close votes by reason
526
The current review system encourages fake reviews; some people upvote everything rather than actually fixing problems
175
We should be able to close questions as duplicates of any question
116
Close vote review audit flawed - fails without casting vote
184
Can we clarify to the OP that their question is not yet closed and the duplicates are only suggestions?
328
Gold tag-badge holders and moderators can now edit duplicate links