Draft doesn't remember it was an edit

Expected: it's submitted as an edit of the post I originally started editing.

Actual: I get an error dialog preventing me from submitting the question because it's a duplicate of another (namely the original I was trying to edit).

The source of this bug can actually be seen in your other bug report: 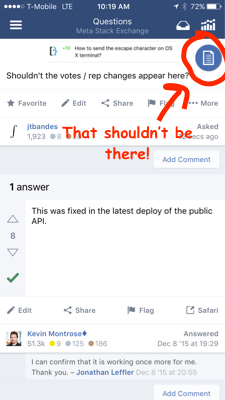 When you posted the new question, the draft indicator for it should have gone away. Instead it retained the editor you used to submit the question so when you tapped on the button it brought back the old question causing the new question draft to be saved again. Incidentally, you couldn't have submitted from that editor so you really did have to exit out and go to start a new question to get the full effect.

There are two fixes:

792
Allow an edit to notify downvoters: “I think I've fixed the issue now - please check”
144
Improvements to a suggested edit cannot be submitted when the suggestion is approved during editing
0
Having trouble submitting question with android app
291
How do we encourage edits to obsolete/out of date answers?
6
Edit answer draft is broken
5
Newly posted question content appears in the wrong place