I recently asked in the SO.pt Meta about some edits made to my questions and answers where I wasn't notified in my inbox.

To test the "theory", I asked someone with a gold badge in a tag that I used in my question to make an edit in the question and the answer, and I did not receive a notification after editing.

and the answer was:

I asked two members without a gold badge (in the question / answer tag) to do the same, and received notifications, as can be seen in this screen shot: 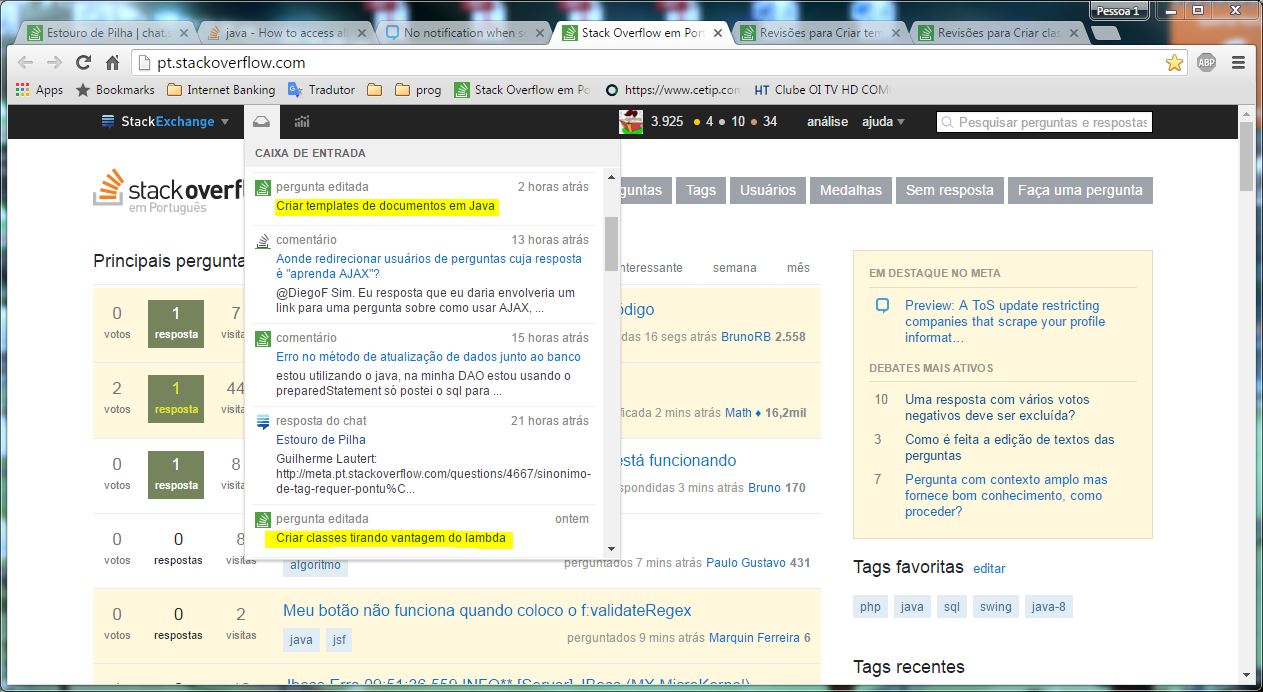 You didn't get notification because nothing was actually changed.

As Kevin says in this answer, the criteria for notification is:

And mentions in a comment what is "non-trivial edit":

Additionally, after some testing, it appears that title edits are also subject to the 10-character requirement.

Now, the edit made by the user with gold badge only added a hidden HTML comment. Nothing was actually changed, as can be seen in the diff view:

Hence, too minor to be worth a notification.

3
What kind of edits of my posts by other users do not trigger an inbox notification?
31
No notification was received for an edit to a post
15
What type of notifications do we have?
-9
How are privilege abuses after quick rep gain by new users being avoided?

121
What kind of edits contribute to the editor badges?
716
How do I get attention for one of my own questions without a good answer?
214
What is the etiquette for modifying posts?
54
Indicate the color (bronze/silver/gold) in tag badge notifications
301
How do suggested edits work?
385
Send authors an inbox message if their question is closed
417
Decision on rejected edits should be displayed as a notification to the editor
363
New three-tiered badge idea: Explainer →Refiner → Illuminator
296
How do we encourage edits to obsolete/out of date answers?