What was the profile for the main character of the April 2016 joke?

April 2016's joke for SE was a game and there was an account with the same name as it.

The 'person' you play in the game is Jon Skeet. He is well known as the highest reputation user on StackOverflow, with a total rep of > 1 million (official blog post). As such he has become one of the biggest memes on SE, even becoming the Chuck Norris of programming.

See, he was thanked in the credits: 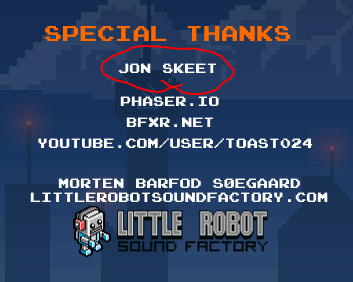 Note that the game is not 'linked' to his account - Jon Skeet gains no rep from Unikong. (It probably wouldn't matter anyway - he hits the daily rep cap constantly without even trying, so this would make no difference.)

Not the answer you're looking for? Browse other questions tagged discussion april-fools unikong .

1759
Could we please be a bit nicer to new users?
416
My God—it's full of unicorns!
97
How can I get the 2012 April Fool's joke to appear?
525
The MIT License – Clarity on Using Code on Stack Overflow and Stack Exchange
2756
A Terms of Service update restricting companies that scrape your profile information without your permission
822
Net Neutrality and Stack Overflow / Stack Exchange
2290
Firing mods and forced relicensing: is Stack Exchange still interested in cooperating with the community?
1905
Stack Overflow is doing me ongoing harm; it's time to fix it!
890
Firing Community Managers: Stack Exchange is not interested in cooperating with the community, is it?