Edit via iOS app - “This suggested edit changes too much”

When I wanted to edit the title of this question on the iOS app, I received an error message:

This suggested edit changes too much 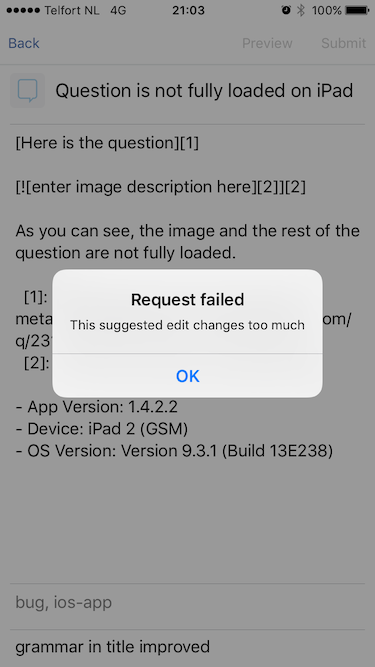 This will be fixed in the next API build, probably early next week.

The problem was that the API was comparing the suggested edit's markdown body the post's HTML body. This gave every suggested edit and inflated change penalty but this was significantly worse for post with a high Markdown to text ratio, like this post.