The filtered question list available at https://stackexchange.com/filters no longer seems to exclude questions that have been deleted. This was working fine until perhaps a few weeks ago.

This appears to be true whether or not I have the ability to view those deleted questions on the site in question. I think that deleted questions should always be removed from the filtered question list, regardless of user privilege level.

Here's an example. The filter is https://stackexchange.com/filters/245090/test-filter-to-show-deleted-question. The highlighted question leads to https://bitcoin.stackexchange.com/questions/46211/traffic-bitcoins. 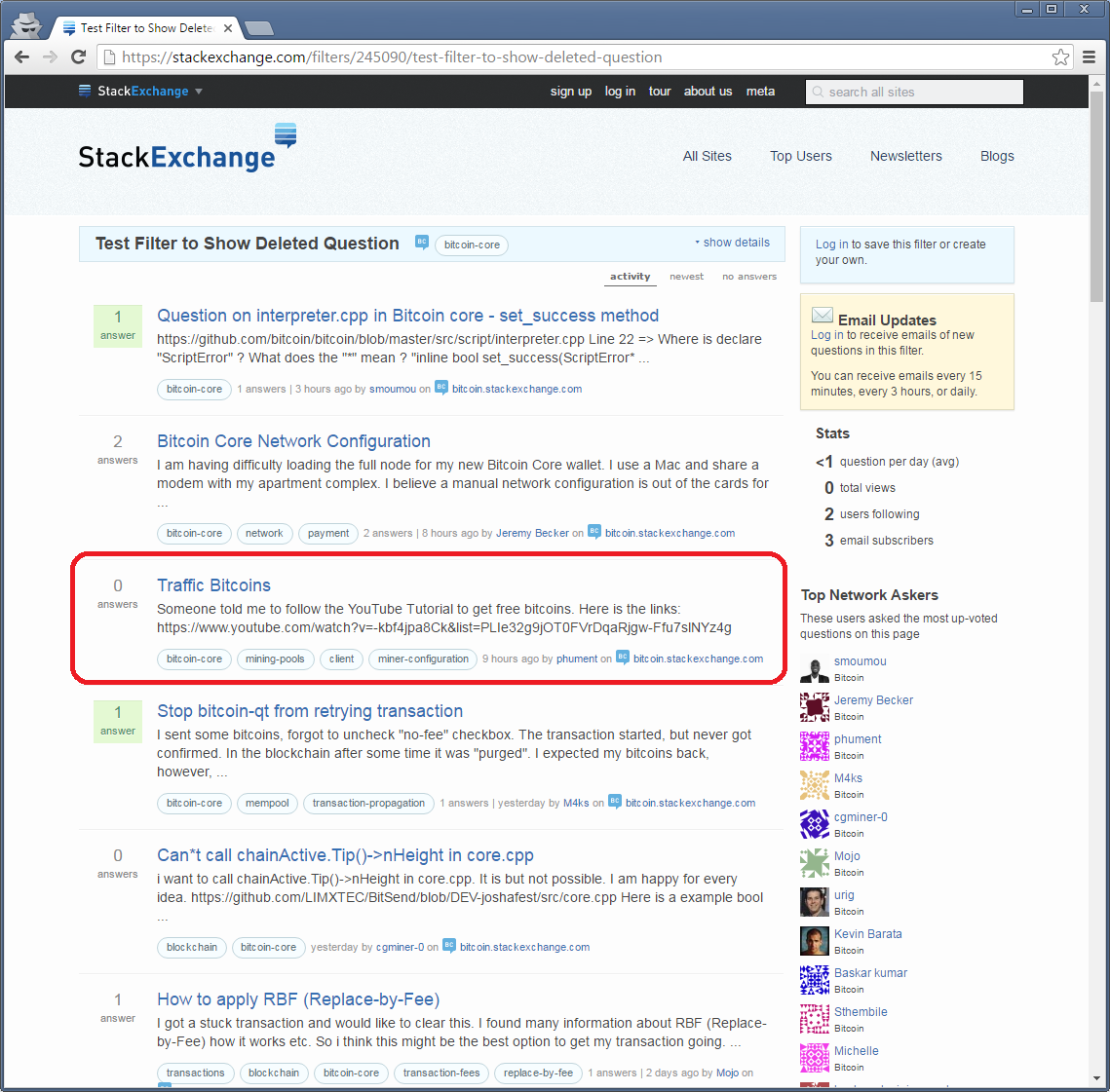 This appears to be a bug in the replacement "tag engine" code that we've recently deployed. I am investigating.

Update: identified and fixed; deploying ASAP. Thanks for noticing :)

The problem was a "where {not deleted}" clause that should only have been included in the initial load (no point loading questions that are already logically deleted) - but that clause should not have been included when loading delta changes, because we need to merge the deltas of (logically) deleted questions with the in-memory data to ensure that deleted questions disappear. It didn't show up on the main sites because we include a "get the latest version and remove deleted" in the UI code, to avoid issues associated with cache.

Note: it looks like the filters have a relatively long cache, but it will clear, honestly! I've manually checked all the backend nodes for this, and they all indicate that this is fixed.

Not the answer you're looking for? Browse other questions tagged bug status-completed deleted-questions stackexchange.com tag-filters .

501
How does deleting work? What can cause a post to be deleted, and what does that actually mean? What are the criteria for deletion?
22
10k users cannot see independently-deleted answers on their own deleted questions