According to How does the bounty system work?, questions with bounties are removed from the "featured" tab once the bounty ends:

Questions with an active bounty appear with a special icon in all question lists, and are also visible on the home page's Featured tab.

During the grace period, there will be no indication in the questions lists (e.g. front page, featured tab) that the question has a bounty

However, the current behavior, at least in some instances, is that bountied questions are remaining on the featured tab beyond the seven-day bounty period.

On Biblical Hermeneutics.SE, a recently bountied question's revision history shows that the bounty ended two days ago (July 26, 08:47 UTC) and that it started on July 18 at 07:00 UTC: 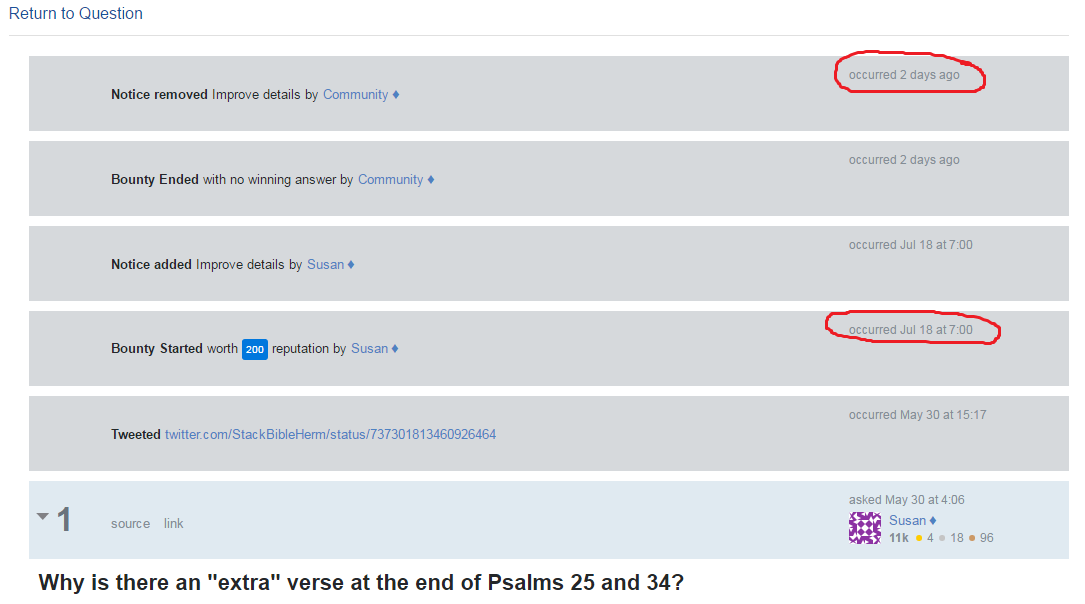 The problem is not limited to BH.SE. On Christianity.SE right now a question whose bounty was started more than 7 days ago, and which was already awarded, still appears in the featured tab: 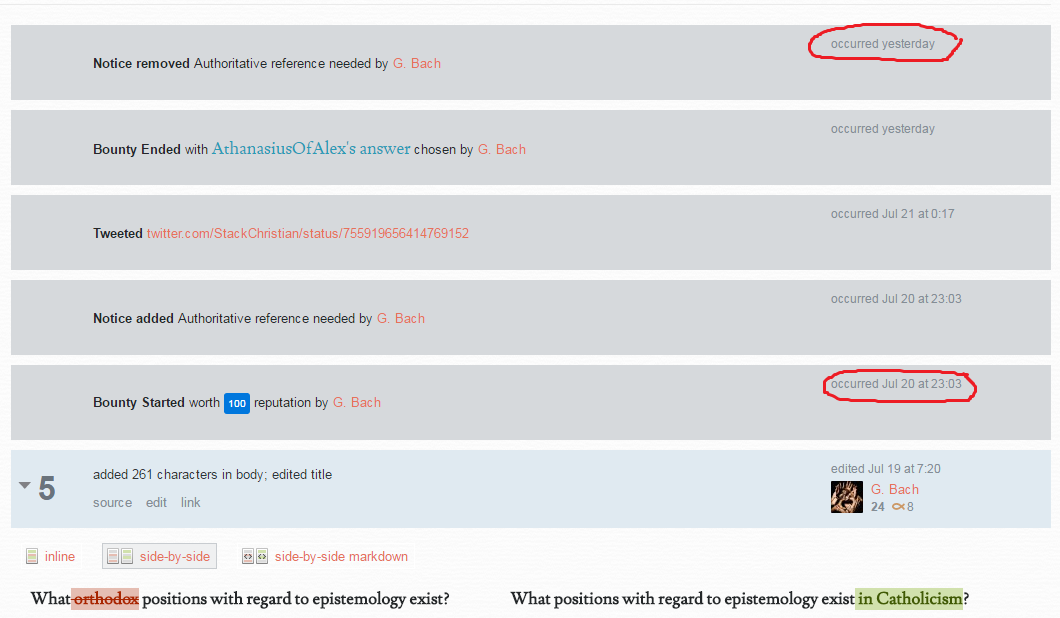 Why are bountied questions not being removed from the featured tab exactly 7 days after their bounties start?

status-completed, as explained by Marc Gravell in his post on Retrocomputing Meta, this has been fixed.

it was everywhere, but it would only be observed if there was a site with an index that was changing from non-empty to empty, most commonly because the last "featured" question expired or was awarded. That means we wouldn't expect to see it on sites like stackoverflow, because that just would never happen

Thanks; there was a bug on the "tag engine" (the backend system that deals with this stuff) that failed to update the "count" of an index when that index was being reduced to zero (it is fine when reducing in general - just the zero case is the problem). This meant it was happily reporting data that it knew wasn't "featured" (or whatevever) any more. Essentially (not the actual code!):

In the zero case, it would never actually mark the index as being empty (the "nothing to do" was wrong - it should still have updated the count). Entirely my fault. A permanent fix for this will deploy today.

Not the answer you're looking for? Browse other questions tagged bug status-completed bounties bountied-tab expired-bounty .

7
Why does the Workplace's featured question tab show a question without a bounty?
2
Questions with bounties that were awarded long ago show up on the featured tab
588
How does the bounty system work?
7
Community sidebar isn't updating featured list

50
Please give us the ability to sort "featured" tab by bounty amount
588
How does the bounty system work?
47
A grace period of one day to award the bounty after expiration (without remaining featured, of course)
16
Are answers posted during the grace period eligible for bounties?
4
Show "featured" tab even when there are no questions with bounties
9
Change the way expired bounties are shown in question lists
9
Help center pages for bounties still refer to "Featured" tab