Undeletion, Unbumping and the Potential For Abuse

Today of all days, a post was reported by Smoke Detector in Charcoal HQ and while it was obviously spam, it was deleted so fast by its author that it seems no one could kick in a spam flag. All good, eh?

Except undeletion doesn't bump a post, so said spammer can easily evade many eager eyes by undeleting it when we're not watching. The post will not be bumped, it wouldn't be caught by Smokey, and it will likely remain unnoticed for a long time — much longer than spam on AskUbuntu usually remains.

Notably, deletion has been used to stay safe from mod-hammer for longer than it should've been, so it's not far-fetched at all that a smarter spammer use it to spam even sites that are good at handling it.

While we're biting our fingernails and trying to find out whether this spammer was too stupid or too smart, we can also discuss what we could do about this "exploitable loophole". One user in Charcoal HQ proposed that undeletion show up in SE's real-time tab, which would be something Smokey watches. 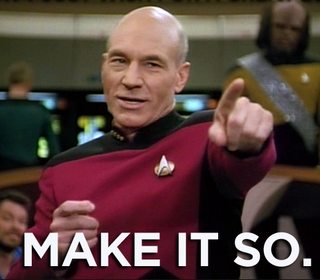 The solution is to bump on undeletion. Why invent a complicated new system?

Undeletion by the asker isn't only about spam, it's also about answers deleted through the low quality queue, which the answered can undelete at will. So a review system targeted at spam, seen by people without domain competence, wouldn't be very useful.

Not the answer you're looking for? Browse other questions tagged feature-request spam bump .

250
Let's Plan the Second Iteration of the Stack Exchange Quality Project!
114
What can cause a question to be bumped?
24
Should 1-reputation users be able to flag their own posts?
89
Don't automatically dismiss spam / offensive flags when a post is deleted by the owner
31
Should I do anything about self-deleted spam?
83
Bump a deleted answer when it's undeleted, not when it's edited

852
Can we have the ability to retract a close vote before it closes?
863
Allow an edit to notify downvoters: "I think I've fixed the issue now - please check"
303
What are the “spam” and “rude or abusive” (offensive) flags, and how do they work?
418
Add an "I don't understand" option for review audits
299
Add optional box for spam flags letting you say why you think it's spam
22
Blocklist spam phrases for first time users
527
We need "assume good intent" back in the Code of Conduct