Do I have to state "[Emphasis mine]" every time I highlight the relevant part of a quote with formatting? Can I omit it at all? 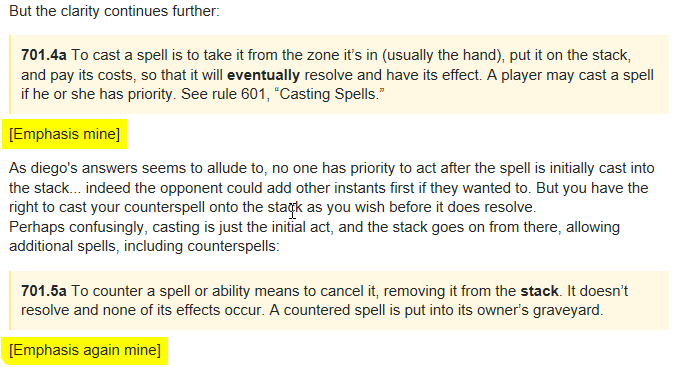 It is not required.

Saying [emphasis mine] is simply a way to indicate that something you quoted is not entirely true to the original … or you might add it as a way to draw the readers' attention back to the relevant portions you highlighted for a specific purpose (i.e. parts that are not highlighted in the original quote).

As Robert Cartaino said, you don't have to include that note.

Personally, I usually include the "emphasis mine" in the preceding text. Watch as I quote what you said, emphasis mine:

Do I have to state [Emphasis mine] every time I highlight the relevant part of a quote with formatting? Can I omit it at all?

Another option, depending on the structure of that preceding sentence, is to parenthesize the "emphasis mine" rather than setting it off with a comma.

Once you have one such note in your post, I think most people will infer that additional formatting later in your post is also added by you.

874
Why aren't people voting for questions?
1388
Fastest Gun in the West Problem
2753
A Terms of Service update restricting companies that scrape your profile information without your permission
820
Net Neutrality and Stack Overflow / Stack Exchange
2254
Firing mods and forced relicensing: is Stack Exchange still interested in cooperating with the community?
491
SE Inc. Director of Public Q&A retweets bad-faith, misrepresentative tweet
1870
Stack Overflow is doing me ongoing harm; it's time to fix it!
468
To reach out: on Monica, the Lavender community, and the future of the Stack Exchange network