When considering the so-called "web safe fonts", Georgia is one of the most distinctive typefaces out there. This means that it cannot be easily dealt-with with a generic serif fallback because its letters are much bigger than those found in Times and its many implementations.

Wikipedia shows the following picture, demonstrating the fact that letters in Georgia are about 10% larger than Times New Roman. Georgia is commonly found on Windows and OS X, however it is a proprietary font not found on Linux, unless the user installs the corefonts package. 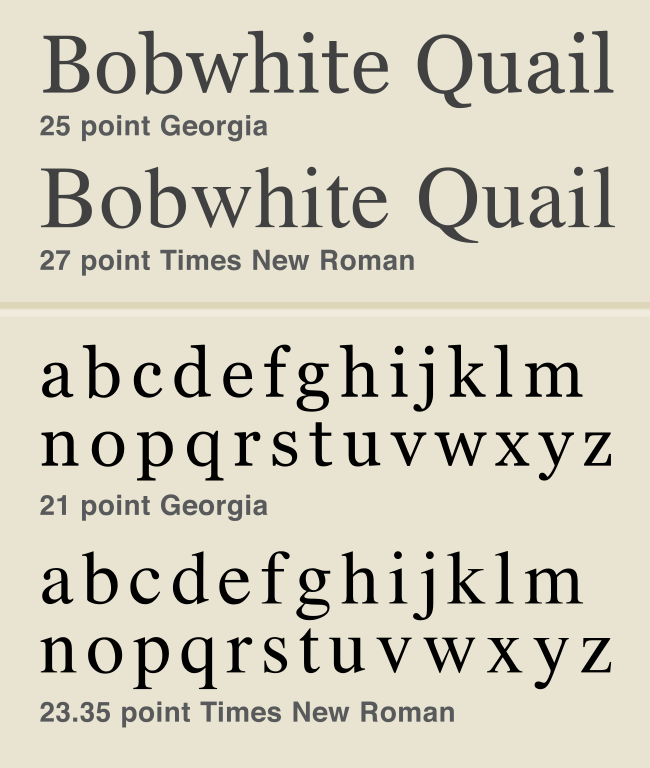 This means that many users will see some websites on this network using a generic fallback font, which usually means serif. For example, here is the CSS line used on Math.SE and English.SE:

The following screenshots show that English.SE is readable with Georgia, but fonts are too small (especially for the tiny labels) with other fonts. 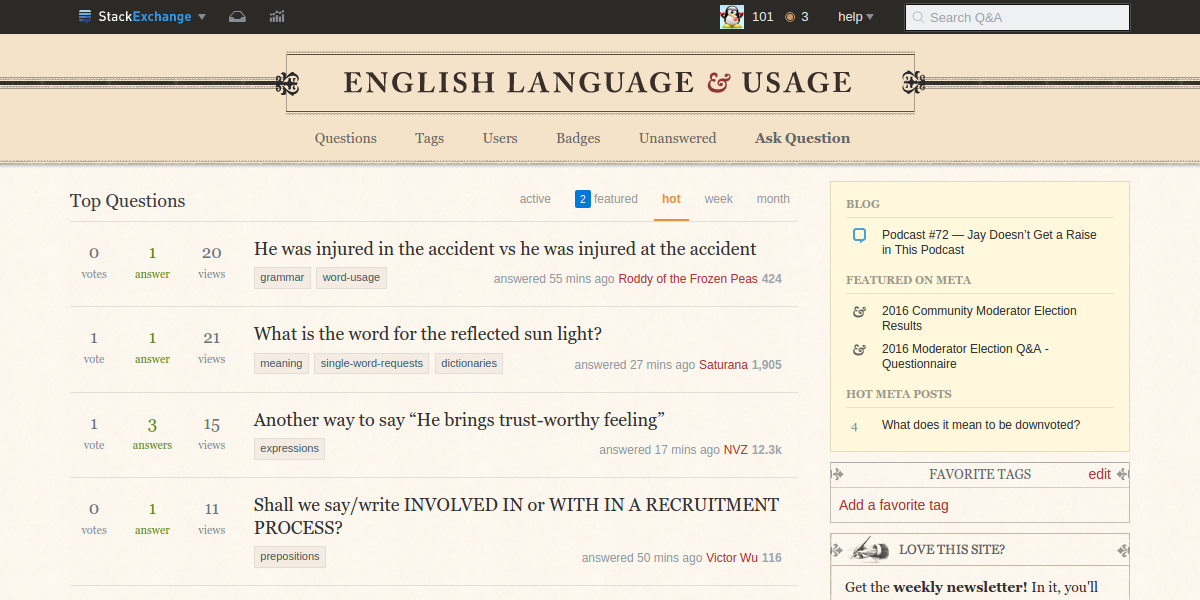 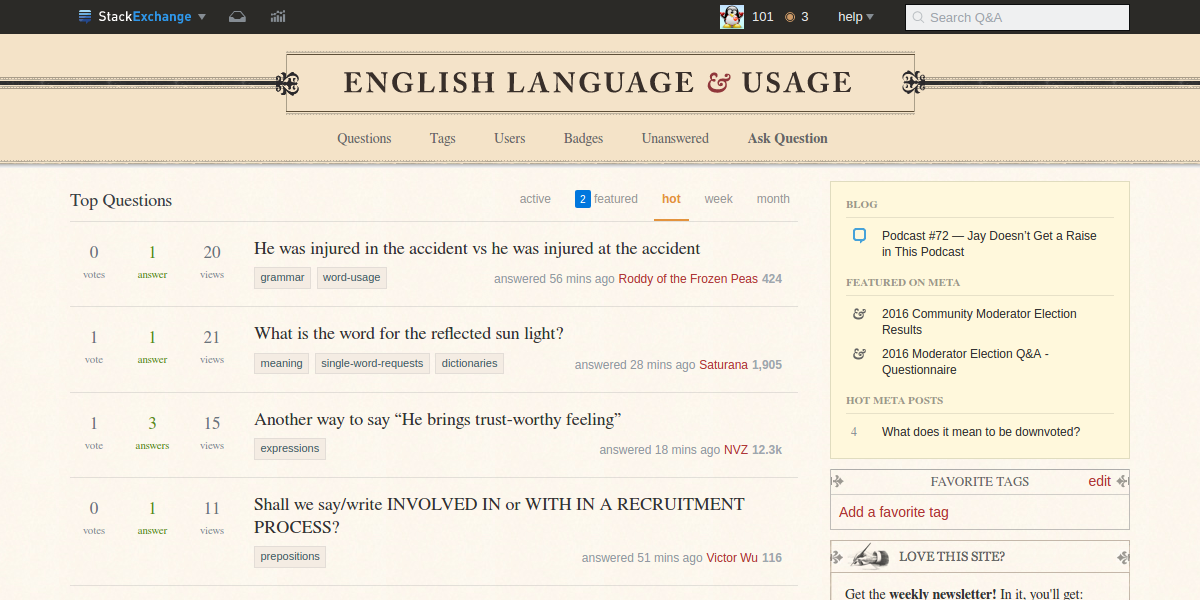 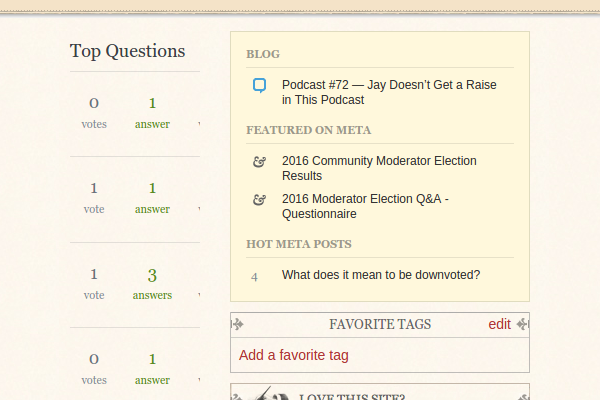 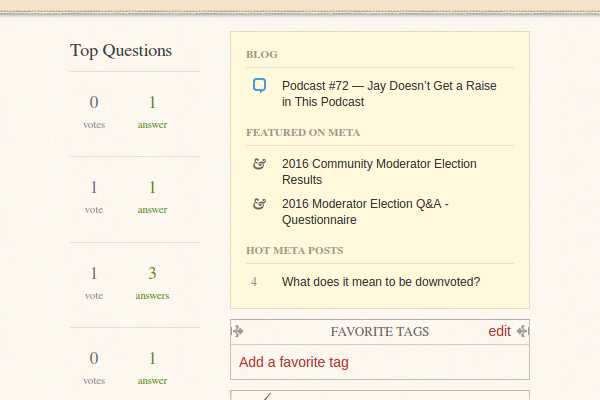 I believe a better font stack should be considered, in particular taking Bitstream Charter into account: 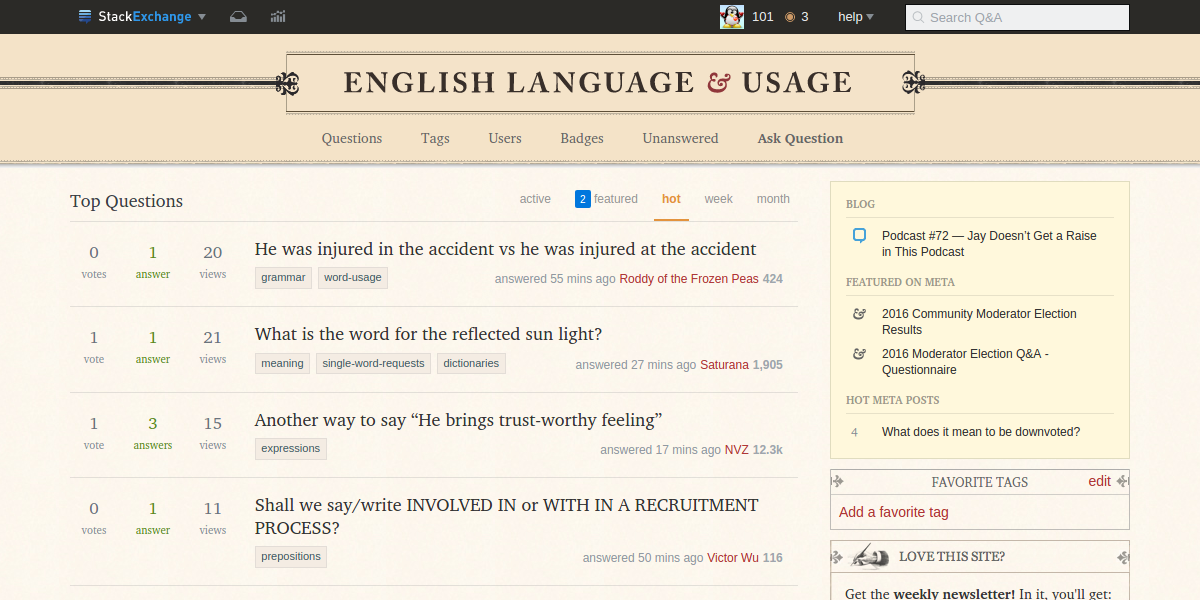 Bitstream Charter is very similar to Georgia, although not exactly metrically equivalent. It was also designed by Matthew Carter, the author of Georgia, Verdana and Tahoma. It can be found on most Linux systems, as discussed in A Web Designer’s Guide to Linux Fonts.

Some Linux distributions include Gelasio, which is metrically equivalent with Georgia, although that's pretty rare. Also worth mentioning is the solution posted in Font stacks that look similar in Windows, OS X, and Linux:

I personally do not think adding a few fonts to the stack would have negative effects on users who already have Georgia, but it could improve the experience for other people.

Would it be possible to implement this?

2
Do we need less ambiguous question fonts?
4
Can we use the native font instead of Arial for Stack Exchange sites?
15
Fonts and the new Q&A theming
9
Why do some parts of the standard theme use different fonts than the rest of the site?
144
Please consider gathering Meta feedback before the "ship" stage
156
We are switching to system fonts on May 10, 2021