Why can I still see vote counts in spite of having dropped below 1000 reputation? (And the other way around.)

I know from these answers that privileges are lost after dropping below the threshold for required reputation.

I've done that, and kept my privilege, though.

I used to have more than 1000 reputation on Meta SE, but I've now dropped below 1000 due to starting bounties.

However, I can still see vote counts in the Android app. 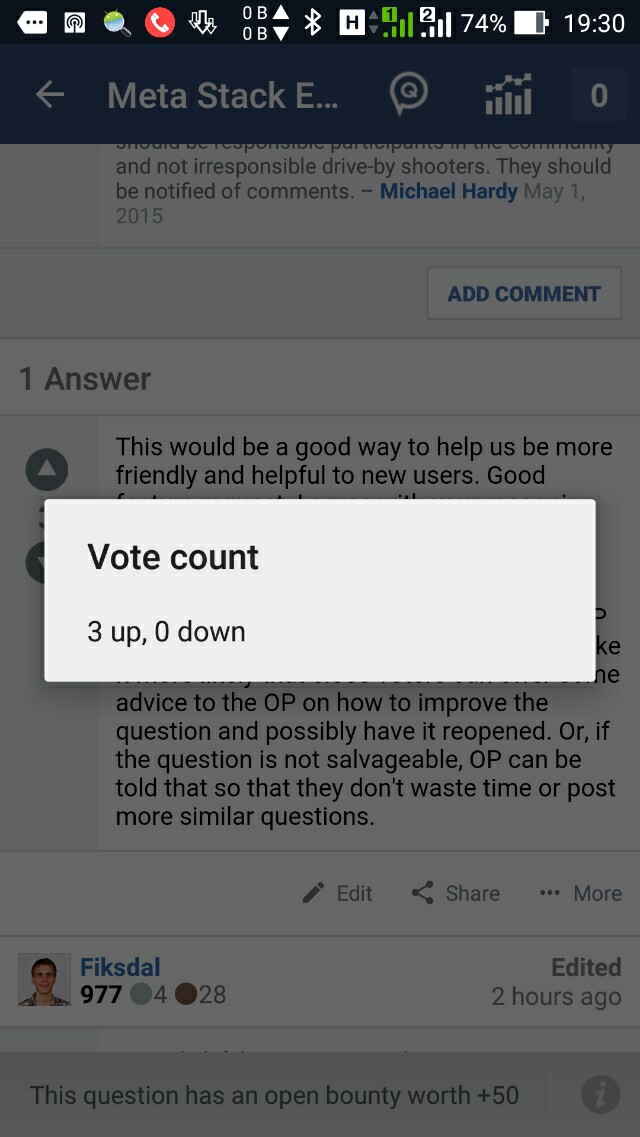 If I understand correctly, I should no longer be able to see that. I've tried with a number of posts, and it appears that I can still see vote counts everywhere on Meta SE.

Of course, I don't personally mind that I still have this privilege, and I'm not complaining. But I thought I'd report it.

FWIW, I tested this with my iPad too, and it does not appear to be a problem in the iOS app.

Update: I've now confirmed that this goes the other way around as well (when you gain 1000). See my answer for details.

I have 1.0.85 of the app, which is currently the latest version in the Play Store.

Shadow Wizard suggested force closing the app via Android settings and then starting the app again. This lost me the ability too see vote counts. This indicates to me that the app loads this privilege when you start it, and won't update until you restart the app.

Interestingly, I'm now above 1000 again, but the privilege doesn't work yet in the Android app. Looks like it goes both ways. I'll have to restart the app once more to once again get the privilege to work. This way (up) is obviously a slightly more serious issue since way more users are likely to encounter it.

Not the answer you're looking for? Browse other questions tagged bug reputation android-app privileges vote-count .

33
Can you lose an ability if your reputation falls below a threshold?
1
Why isn't the up/downvote ratio visible to everyone when the information is available anyway?