It's absolutely amazing that the Stack Exchange iOS app exists as it makes it so much easier to write questions, answers, comments, etc on iDevices. I've been using it every day for something like a year now, and it has always been a pleasure to use it.

However, I've noticed some issues with the code views, which I'd like to discuss in this post.

A month later, all of this is still here :(

I've just updated my SE iOS app to the latest version in belief to see this fixed, but all of these issues still made their way here. Please fix that, it makes it really hard to browse code!

This still applies to the latest version of Stack Exchange iOS app, please see below.

When I navigate to some question that has some lengthy code in it I can swipe left & right and up & down to read that code. If I tap on the code view, I should see its enlarged (?) and more readable (?) version.

However, the code in the enlarged view is cropped when it's too large: 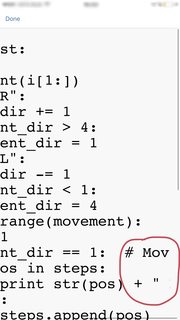 As you can see, this is at the very end of the view, but there clearly is more code to read: 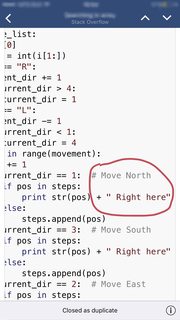 If I scroll all the way down, I see that not the whole code is inside that view. The word else has clearly been cut: 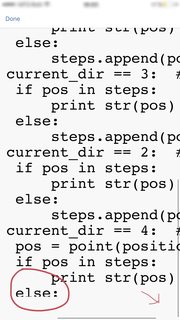 Again, as the arrow indicates, this is found at the very end of the view, and I cannot scroll any longer as apparently, there's no more code.

But there actually are quite a few lines: 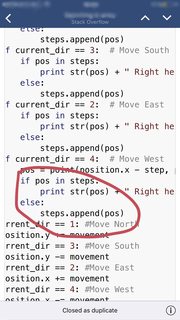 This is very annoying not to be able to see the whole code in the 'enlarged' view.

The meadow of code

Again, when the code is lengthy enough, I have to wander over a whole meadow of code, which is still quite wide despite being cropped, where each letter is the size of an elephant. It's impossible to zoom out, which isn't very useful as the whole purpose of this view, to my mind, is to show all of the code at once with the possibility to zoom in as well.

It's impossible to scroll the code while writing a comment

This one makes it more difficult to comment on the code the OP's written. If this code is long enough and I forget the name of some variable mentioned there or something like that in the middle of writing a comment, I'll have to copy the comment's text, discard the comment, re-read the code and then continue writing my comment.

It would be really nice if you fix that or show some workarounds.

The code is still being cut: 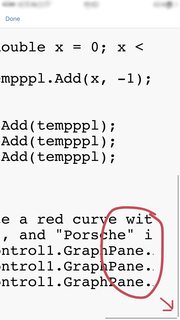 While the code in question is OK: 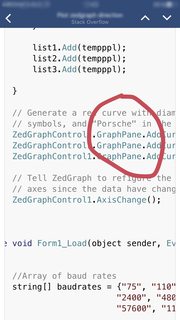 16
Eeeek! Code blocks are misbehaving!
2
comment is added to the wrong answer
6
iOS app in a zombified state