The MathJax code in Mathematics Stack Exchange doesn't render after I updated to the new version (It used to): 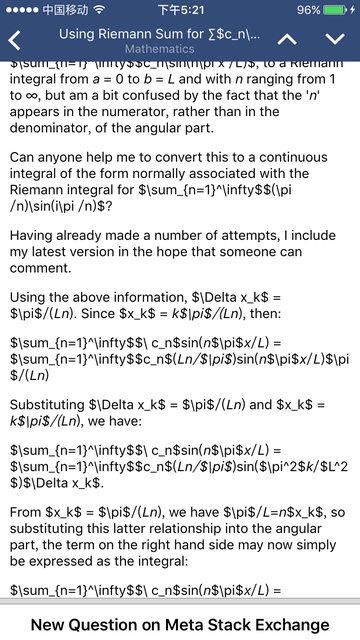 Generally speaking, this shouldn't be a problem for us. Very few images on SE are served over HTTP and all pages plus MathJax are available on HTTPS. Unfortunately, we were doing two things:

This is what caused MathJax to break.

Not the answer you're looking for? Browse other questions tagged bug status-completed ios-app mathjax .

1
Why do I see only code on my iPhone App?