How did I get this bit of reputation after I hit the repcap?

And here you can see a random +2 in the middle from a specific question that I asked then (maybe someone will add a FHRC): 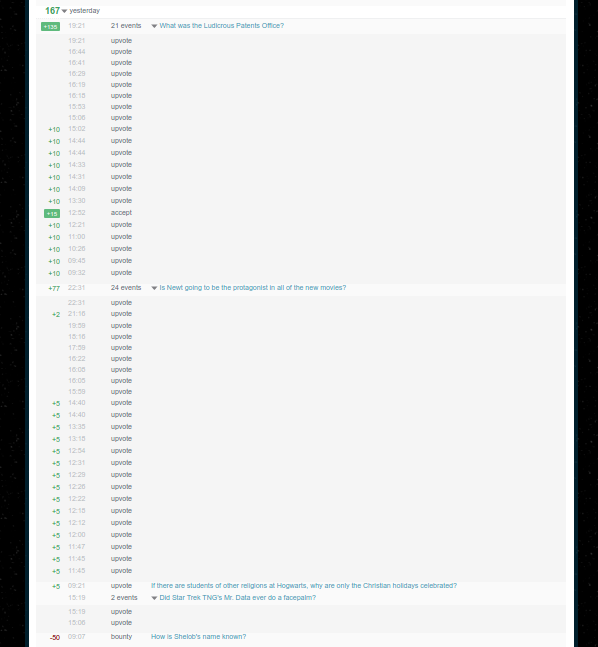 And my /reputation page doesn't believe it happened:

Between the upvote that gave you the extraneous 2 reputation and the one before it, you had cast two downvotes. They were both on the same post, and they were both retracted shortly after you cast them. Since we collapse upvote/downvote pairs that occur on the same day, both of those were hidden from your reputation history the moment they were retracted.

However, your overall reputation for the day still sat at 198, because retracting a downvote does not refresh your reputation cap for the day. Only a full reputation recalc can do that, and you hadn't experienced anything within that time frame which would have triggered one of those. So when the next vote came in, it saw "198" and thought it needed to give you 2 more reputation, which it did... for a bit.

Once the next event occurred on December 25th to qualify your account for recalculation, the system caught onto this oddity and corrected it. Anything to do with that 2 reputation was gone at that point, and your reputation with its history was now correct.

Not the answer you're looking for? Browse other questions tagged bug status-bydesign reputation daily-reputation-limit .

10
I earned I Have A Little Dreidel for getting an upvote on a question, without doing anything

109
What is the daily reputation cap and how can I hit it?
10
Why not switch to an answer-based reputation cap?
123
How was this answer posted after this question was closed?
35
How did this get tweeted?
23
I want to get notified about upvotes and downvotes, even after I hit the reputation cap